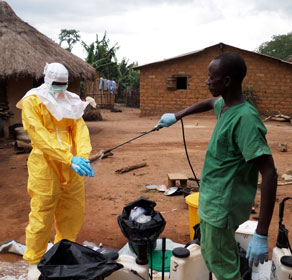 Africa Center Director J. Peter Pham writes for the Hill on how West African countries like Senegal and Nigeria reacted quickly to the Ebola threat:

West Africa, a dynamic belt with nearly a quarter of a billion people and two of the 10 fastest-growing economies in the world this decade, has recently been marred by the Ebola epidemic consuming three of its smallest countries — Guinea, Liberia and Sierra Leone — whose combined populations represent not even one-tenth of the wider region’s inhabitants. And while “West Africa” has become inextricably linked to the dreaded virus and Africans abroad — including in the Washington area, which has the second-largest population of immigrants from Africa in the U.S. — are increasingly feeling stigmatized by fears of its transmission, the good news that two countries there, Senegal and Nigeria, have been declared Ebola-free by the World Health Organization (WHO) needs to be highlighted and the lessons of their success provide some useful lessons amid the growing alarm in the United States about the disease’s spread.

The WHO declarations regarding Senegal last Friday and Nigeria this Monday come 42 days — twice the maximum incubation period for the Ebola virus in a human body — after the last case was diagnosed in each country. These wins in containing the epidemic, which has so far infected more than 9,000 people, taking the lives of some 4,500 of them, are all the more astonishing given that both are developing countries with healthcare systems that struggled even before the outbreak with heavy demand and meager resources.