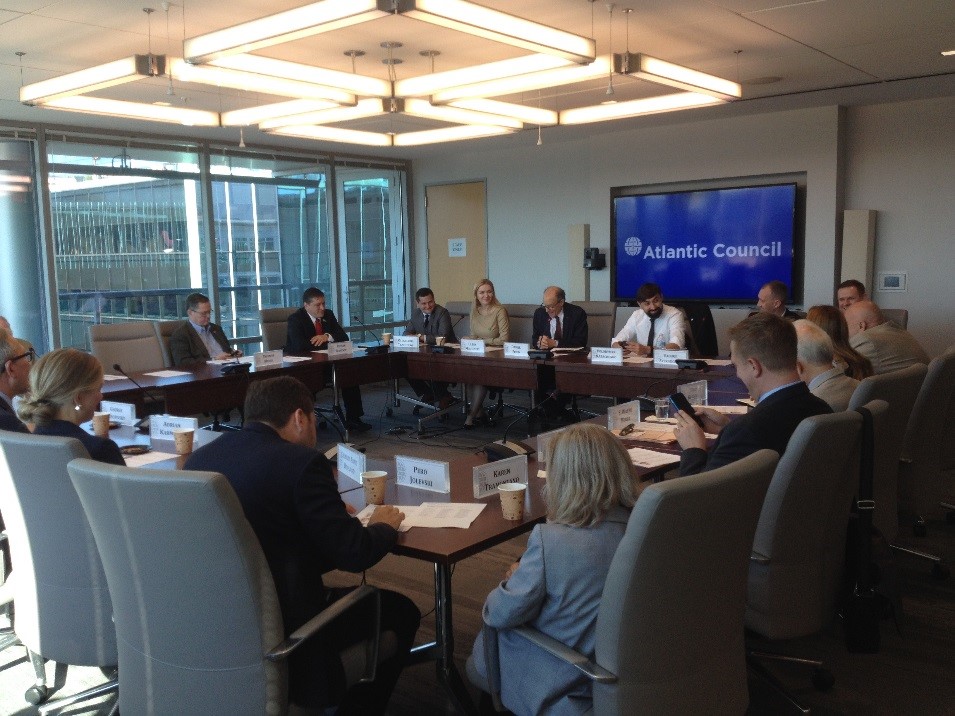 On September 25, the Eurasia Center hosted a private roundtable with six Ukrainian Members of Parliament (MPs), all of whom sit on the Verkhovna Rada’s Anti-Corruption Policy Committee. The six MPs came from both the Servant of the People and Batkivshchyna parties of President Volodymyr Zelenskyy and former Prime Minister Yulia Tymoshenko, respectively.

The MPs discussed the reform agenda of the Zelenskyy administration, their own priorities as freshman lawmakers, and the efforts of their committee to rout out corruption from within the Verkhova Rada. Weiser Family Distinguished Fellow Daniel Fried moderated the discussion.