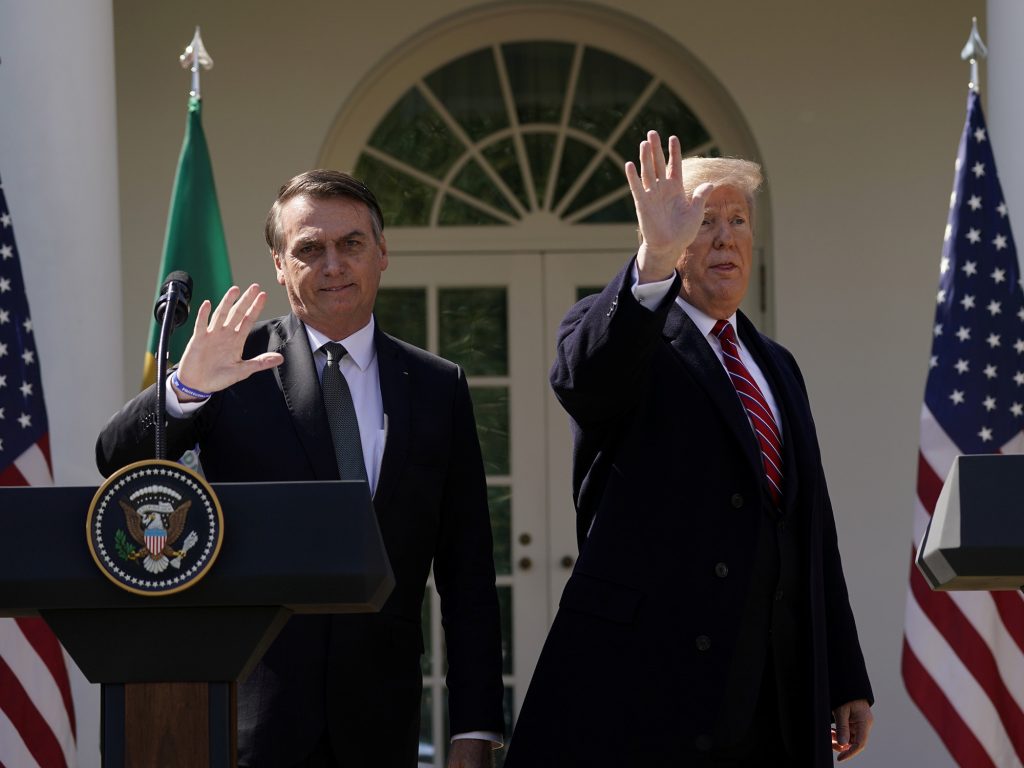 On Monday, December 2, President Donald Trump announced on Twitter that the United States would reinstate steel and aluminum tariffs on Argentina and Brazil. In response to the surprising news, the Atlantic Council’s Adrienne Arsht Latin America Center held a rapid reaction call the following day to discuss what these tariffs could mean for the Brazilian and Argentine economies, as well as their bilateral relations with the United States.

To kick off the conversation, Jason Marczak, director of the Adrienne Arsht Latin America Center, andRenata Vargas Amaral, founder of Women Inside Trade, senior adviser for BMJ Consultores Associados, and director of American University’s summer program on US and international trade law and policy, contextualized these tariffs by the numbers. In 2018, trade between the United States and Brazil amounted to $130 billion in goods and services. And Brazil is, in fact, the largest and second-largest supplier of semi-finished steel and unfinished steel to the United States, respectively. “When you actually dig a little bit deeper behind these numbers, you see the importance of the Brazil steel industry to the United States and also the importance of the United States to the Brazil steel industry,” summarized Marczak.

Touching on United States-Argentina trade, Shunko Rojas, former undersecretary of trade of Argentina and partner at Quipu,pointed out that Argentina exported $700 million in steel and aluminum to the United States in 2018. Although the tariffs will directly impact the country’s metallurgical industry, these exports only make up 1 percent of Argentina’s total, meaning the country’s trade balance will be mostly unaffected.

Listen to the call

As surprising as this announcement may have been, Thiago de Aragão, director for strategy at Arko Advice and editor of Sinológico podcast, added that “the investors that I speak with in New York… understand the modus operandi of President Trump,” and were perhaps better prepared for the turbulence than those in Latin America.

Observers have been skeptical of the Trump-Bolsonaro relationship of late given Trump’s tactics —first by not opening US markets to Brazilian beef, and later declining to recommend it for accession to the Organization for Economic Cooperation and Development. It seems as though Bolsonaro may have miscalculated the depth of his relationship with Trump.

Despite Bolsonaro’s initial reservation towards China during his presidential campaign, the Chinese have taken a strategic stance towards Brazil, supporting the country during the Amazon fires and participating in Brazil’s oil auction. And after a visiting President Xi Jinping, the Bolsonaro administration shifted its approach to China, which may give Beijing room to strengthen its relationship with Brazil.

The December 2 announcement came as a surprise to both the Brazilian and Argentine governments, especially for President of Brazil Jair Bolsonaro, who has enjoyed a close relationship with Trump since coming into office in January of this year. The announcement also came at an inopportune time for Argentina as President-Elect Alberto Fernández is set to assume office on December 10.

For Trump “it’s not about steel and aluminum, [and] it’s not about currency manipulation in Argentina and Brazil; it’s a message for the farmers,” added Rojas, also warning that the Argentine government should first wait for a formal resolution from the US government, as the Trump administration will have difficulty justifying the tariffs on the grounds of national security as they did a year ago.

Looking toward possible responses, Amaral believes Brazil should not, and will not, impose their own counter-tariffs because “there is no interest in retaliating against the United States, and there are no mechanisms like [those that] Canada and Mexico have in the USMCA (United States-Mexico-Canada Agreement).” Rojas noted that the tariffs could be challenged at the World Trade Organization, but suggested that the United States and Argentina engage in bilateral discussions.

Though the economic consequences of the tariffs will likely be muted in Brazil and Argentina, Trump’s announcement might damage the US’ relationship with, and influence in, the region.

Image: Brazil's President Jair Bolsonaro and U.S. President Donald Trump wave as they depart at the conclusion of a joint news conference in the Rose Garden of the White House in Washington, U.S., March 19, 2019. REUTERS/Kevin Lamarque