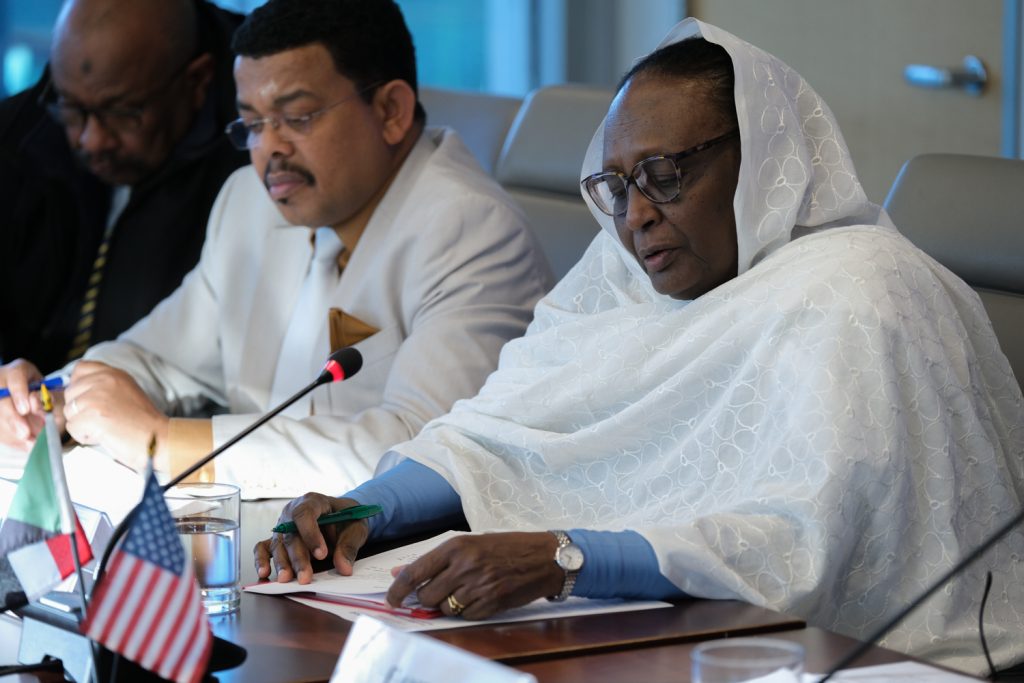 Director of Programs and Studies and Deputy Director of the Africa Center Bronwyn Bruton provided opening remarks and welcomed Abdalla to the Atlantic Council.

Abdalla outlined the priorities of Sudan’s civilian-led transitional government, emphasizing the need to make peace with the country’s armed factions and bring stability to the country. She acknowledged potential challenges that might disrupt the transition and asked for the support of the international community during this historic process. With an external debt burden of US $60 billion, Abdalla argued that Sudan was working to be taken off the US Department of State’s list of state sponsors of terrorism and freed of remaining US sanctions. She also emphasized the need to reintegrate Sudan into the international community, encourage foreign investment to spur the economy, increase capital, and create much-needed jobs.

Following the minister’s remarks, Senior Fellow Cameron Hudson moderated a discussion during which participants engaged Abdalla on internal reforms within the foreign ministry, human rights reforms, and the status of US-mediated negotiations to finalize an agreement on the filling and operation of the Grand Ethiopian Renaissance Dam.