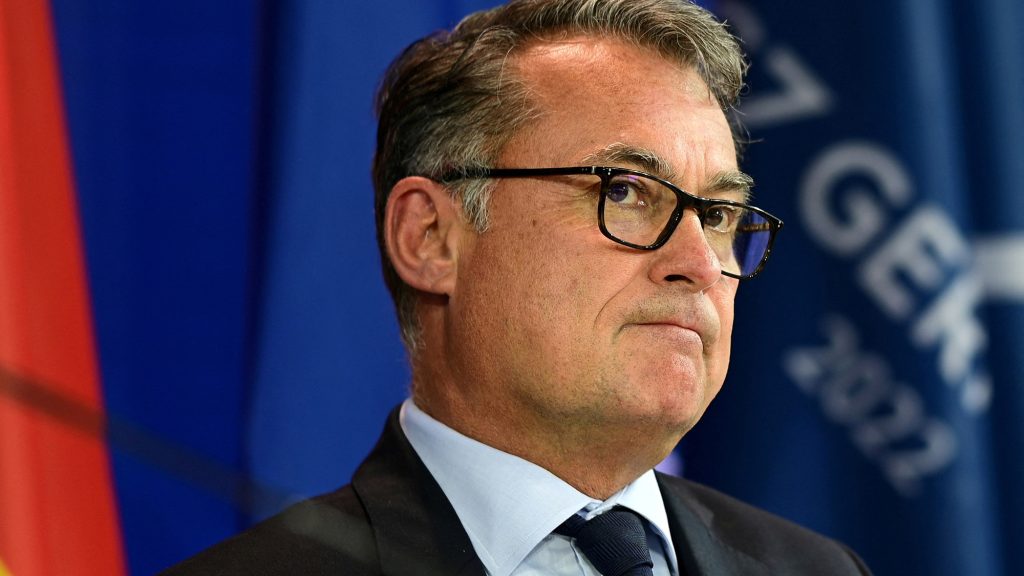 On September 27, 2022, ahead of the Frankfurt Forum for US-European GeoEconomics, Deutsche Bundesbank President Joachim Nagel spoke about bolstering the economy at a welcome dinner for the conference’s attendees. Below are his remarks as prepared for delivery.

Ladies and gentlemen, it is a pleasure to talk to you this evening in this beautiful, historical house on the outskirts of Frankfurt.

Tonight, we are in the Bonames district. Its name is derived from the Latin “bona mansio,” which translates to “good inn.” Excavations have shown that during Roman times there was an inn located right here. The Romans chose this location carefully because it marked an important intersection of two vital Roman roads. These well-developed and well-protected roads were one of the pillars of the Roman Empire’s success. They allowed trade to flow over long distances which, in turn, contributed to the relatively high living standards of Roman citizens. While a lot has changed since then, trade remains crucial to enhance living standards.

In recent years, economies across the globe have been hit by an unprecedented series of shocks. Although the level of impact was different across each of the countries, it was severe for almost all.

As such, economic policymakers are currently being called upon to reduce the impact of these global events on inflation, growth, and welfare. This also includes central banks, which have been entrusted with an essential objective—to safeguard price stability. This is a task that—under the current circumstances—requires resolute action. In its recent meeting, the ECB Governing Council has taken a bold decision and… we expect that further steps will follow. I am confident that, by continuing to act resolutely, we will achieve our objective and bring inflation back down to 2 percent in the medium term.

At the same time, governments are putting together one economic relief package after [another] to ease pressure on their citizens. In times like these, when short-term efforts require so much focus, it is easy to lose sight of the medium and long-term challenges.

That being said, these challenges exist, and they need to be addressed. The pandemic has already, painfully, illustrated one of them: the fragility of international supply chains.

However, recent low-probability but high-impact events like the war against Ukraine have illustrated the limitations of these market forces. Especially events of a global reach often seem inconceivable before they happen. And at some point in the future, there will be another shock [that] firms and governments won’t see coming.

As a result, economic policymakers are rethinking elements of their strategic approach to take into account the unexpected. The European Union has formulated the concept of open strategic autonomy, which [ECB President Christine Lagarde] recently referred to in an evocative speech. One of its main goals is to strengthen the resilience of supply chains. The question is how do we do that?

In my opinion, deglobalization and renationalization can’t be the answer. Reshoring production and clustering it domestically carries high risks as well. Just imagine an earthquake like the one that hit Japan in 2011, or a flood. We simply can’t rule out that something could interrupt production there as well, and diversified supply lines act as an insurance against such events.

What is more, deglobalization would sacrifice efficiency, which trade offers through comparative advantages. Openness and resilience are not a trade-off in general, but [are] often complementary. As we have seen with my introductory example of the Roman Empire, trade is a deciding factor for higher living standards.

Therefore, rather than turning away from world markets, it is essential to re-evaluate trading partners and production networks and the terms on which trade takes place.

In my view, companies have to make these decisions themselves. It’s in their own interest to diversify supply chains and avoid clustering production in countries where geopolitical tensions could lead to operational disruptions or closed borders. And indeed, surveys have shown that many firms are already planning to relocate parts of their production.

However, redirecting flows of goods may increase costs. Security comes at a price, which has to be paid.

Economic policy can help to minimize these costs, by providing a reliable framework for firms. Clear and enforceable rules of trade as well as harmonized product standards reduce the uncertainty firms face when planning their supply networks.

A common set of rules will help companies to readjust their supply chains without losing too much efficiency. Having a group of countries that share the same values, and commit to such rules, will therefore be beneficial to all of them. 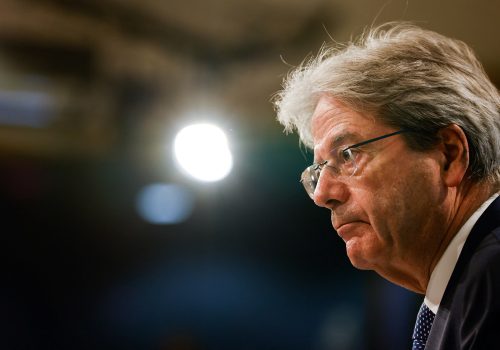 Full transcript: Paolo Gentiloni on signs the West’s sanctions on Russia are working—and the new packages on the way

The European Commissioner for Economy explained that to navigate today's troubled waters, the United States and European Union will need to stick together. 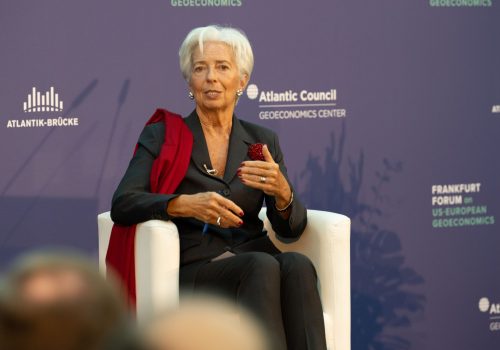 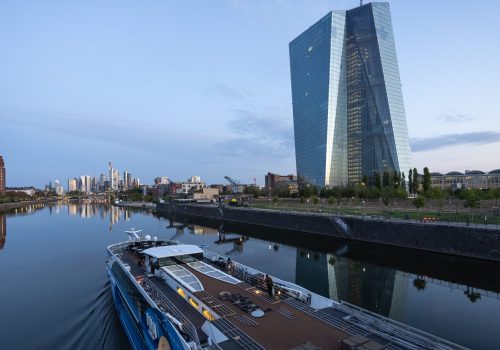 Image: Joachim Nagel on May 2, 2022. Photo via REUTERS/Benjamin Westhoff.