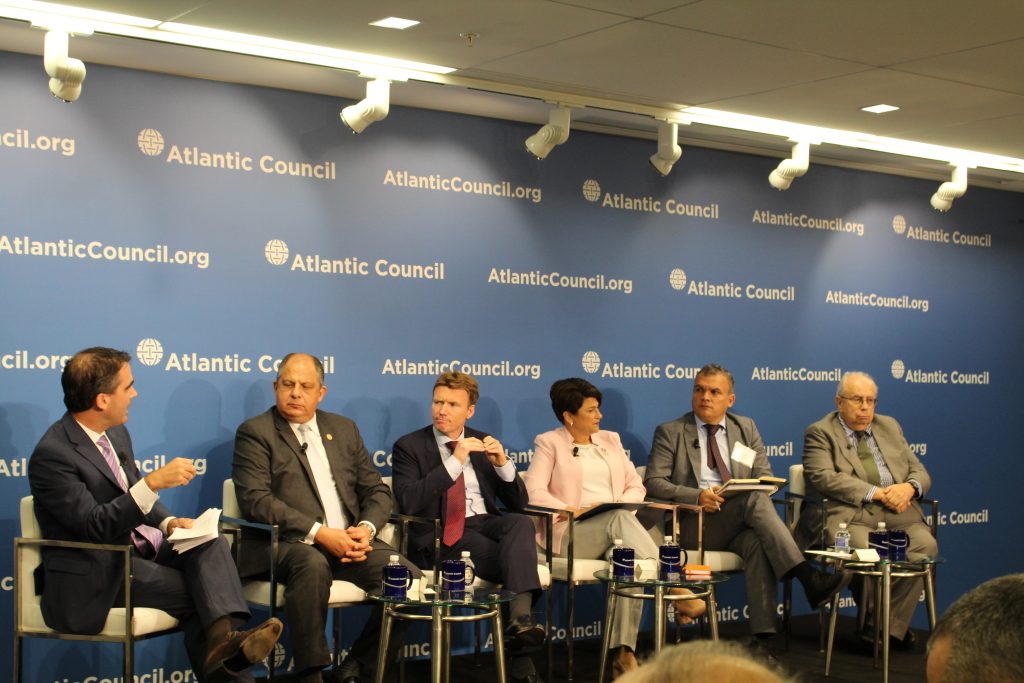 On October 2, the Atlantic Council’s Adrienne Arsht Latin America Center, in partnership with Foreign Policy Magazine (FP) and Florida International University (FIU), hosted its first crisis simulation PeaceGame Venezuela: Pathways to Peace. The half-day, private, off-the-record simulation included 31 participants from Latin America and the Caribbean, Europe, and the United States. Assuming the role of an actor around the Venezuela crisis, they analyzed how to respond to a hypothetical collapse of the Venezuelan state and the potentially catastrophic scenarios around illicit trafficking, armed groups, and a public health crisis spreading across the region. Foreign Policy Magazine will produce a report highlighting key takeaways of the simulation which will be published in their upcoming winter issue.

Following the simulation, the Adrienne Arsht Latin America Center, also in partnership with FP and FIU, held a public event to discuss specific actions that the international community can take on Venezuela following commitments made during United Nations General Assembly. Jason Marczak, director of the Adrienne Arsht Latin America Center at the Atlantic Council, moderated a discussion with President Solís, former president of Costa Rica; Ambassador Marcel de Vink, director of the Western Hemisphere department at the Dutch Foreign Ministry; Ambassador Gustavo Tarre, Venezuela’s special permanent representative to the Organization of American States; Víctor Bautista, the director of development and migration integration at the Colombian Foreign Ministry; and Joselin Croes, the minister plenipotentiary for Aruba in the US.