National Security Reporter, CNN Kylie Atwood joined CNN in January 2019 as a national security reporter. Ms. Atwood was previously the CBS News State Department reporter for the last two years. She focused her reporting on Secretary Pompeo and Secretary Tillerson which brought her to report from dozens of countries including Moscow, Manila, Beijing and Mexico City. On Pompeo’s most recent trip to North Korea, Ms. Atwood was the sole pool reporter on the trip, allowing her to report on direct conversations with North Korean officials. Over the last few years she has broken news on multiple fronts including the current US-North Korea talks, the discussions between the Trump White House and Mexico and Tillerson’s costly short-lived effort to overhaul the department. She also produced Tillerson’s 60 Minutes interview in 2018 and reported on the Philippines drug war in 2017. Over the course of more than 6 years at CBS News, Atwood worked as Bob Schieffer’s assistant and researcher, a campaign digital journalist in 2016, and most recently to the State Department reporter. She was a producer on the Emmy award-winning Face the Nation broadcast commemorating the 50th anniversary of JFK’s assassination. Atwood graduated cum laude from Middlebury College with a major in international studies and a minor in economics. She was awarded high honors for her senior thesis on US-Somalia relations. In college she developed a passion for journalism as she spent time working for 60 Minutes, GlobalPost, WPTZ in Vermont and the Addison County Independent newspaper. She studied abroad in Kenya. Atwood also dedicated a year to national service as a corps member for City Year.

Reporter, POLITICO Megan Cassella is a trade reporter for PO Pro. Before joining the trade team in June 2016, Megan worked for Reuters based out of Washington, covering the economy, domestic politics and the 2016 presidential campaign. It was in that role that she first began covering trade, including Donald Trump’s rise as the populist candidate vowing to renegotiate NAFTA and Hillary Clinton’s careful sidestep of the Trans-Pacific Partnership. A DC-area native, Megan headed south for a few years to earn her bachelor’s degree in business journalism and international politics at the University of North Carolina at Chapel Hill.

State Department Reporter/Producer, ABC News Conor Finnegan is a State Department Reporter and Producer for ABC News. Prior to his current position, he was the anchor producer for This Week with George Stephanopoulos, as well as a digital journalist responsible for covering the White House and Capitol Hill. Mr. Finnegan has also worked for CNN, during which he was a production assistant and later associate producer for The Situation Room with Wolf Blitzer. Mr. Finnegan is a graduate of Georgetown University, where he attained his Bachelor of Arts in American Studies.

Staff Writer, Global Affairs, The Atlantic Uri Friedman is a staff writer at The Atlantic, where he covers global affairs and US foreign policy. Prior to his current position, he was The Atlantic’s global editor. Mr. Friedman was also an associate editor and later the deputy managing editor at Foreign Policy. He also worked on corporate strategy for Atlantic Media, where he was a staff writer covering international affairs for the site. Mr. Friedman is a graduate of University of Pennsylvania, where he received his Bachelor of Arts in European History.

Intelligence & National Security Reporter/Producer, CBS News Olivia Gazis is an intelligence & national security reporter and producer at CBS News since 2011. Prior to her current position, Ms. Gazis was a senior associate at the Corkery Group in New York, and a multimedia journalist for Hearst where she collaborated on an award-winning national multi-platform investigative series about medical errors and patient safety in the US. She was also a Fulbright Scholar for the Polish-US Fulbright Commission, during which she researched EU asylum legislation’s effect on Chechen asylum-seekers with temporary residence in Poland in affiliation with Warsaw University’s Center of Migration Research. She holds a Bachelor of Arts from the Woodrow Wilson School of Public and International Affairs at Princeton University, and a Master of Science in Journalism from Columbia University.

National Political Enterprise and Accountability Reporter, The Washington Post Michelle Ye Hee Lee is a reporter on The Washington Post’s national political enterprise and accountability team, covering money and influence in politics. Previously, she was a reporter for The Post’s Fact Checker and a government accountability reporter at the Arizona Republic in Phoenix. She is senior vice president of the Asian American Journalists Association. She is a graduate of Emory University, where she received her Bachelor of Arts in International Studies and English.

Foreign Affairs Reporter, USA TODAY Deirdre Shesgreen is a reporter for USA TODAY, delivering breaking news and enterprise stories that explain US diplomatic and geopolitical decisions. She assumed this role after spending seven years as a regional reporter and then as USA TODAY’s chief congressional correspondent. Ms. Shesgreen is also a three-time winner of the David Lynch Memorial Reporting Award, which recognizes work that brings national issues to life for readers outside the Beltway. Prior to joining USA TODAY, Ms. Shesgreen accumulated professional experience as Washington correspondent for The Connecticut Mirror, covering healthcare reform and the Connecticut congressional delegation from 2010 to 2011. She was also the senior communications officer for the Center for Global Health Policy. 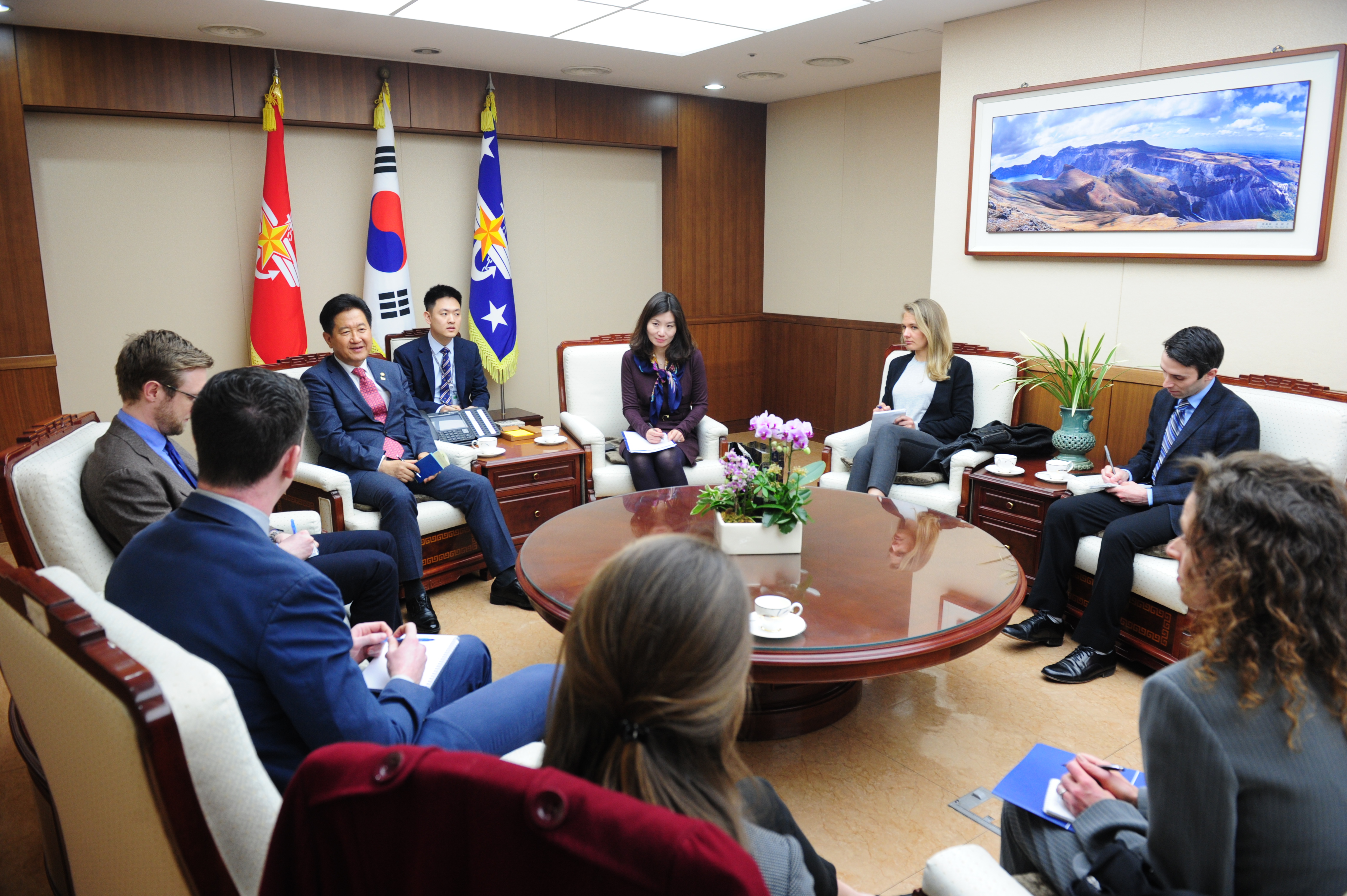 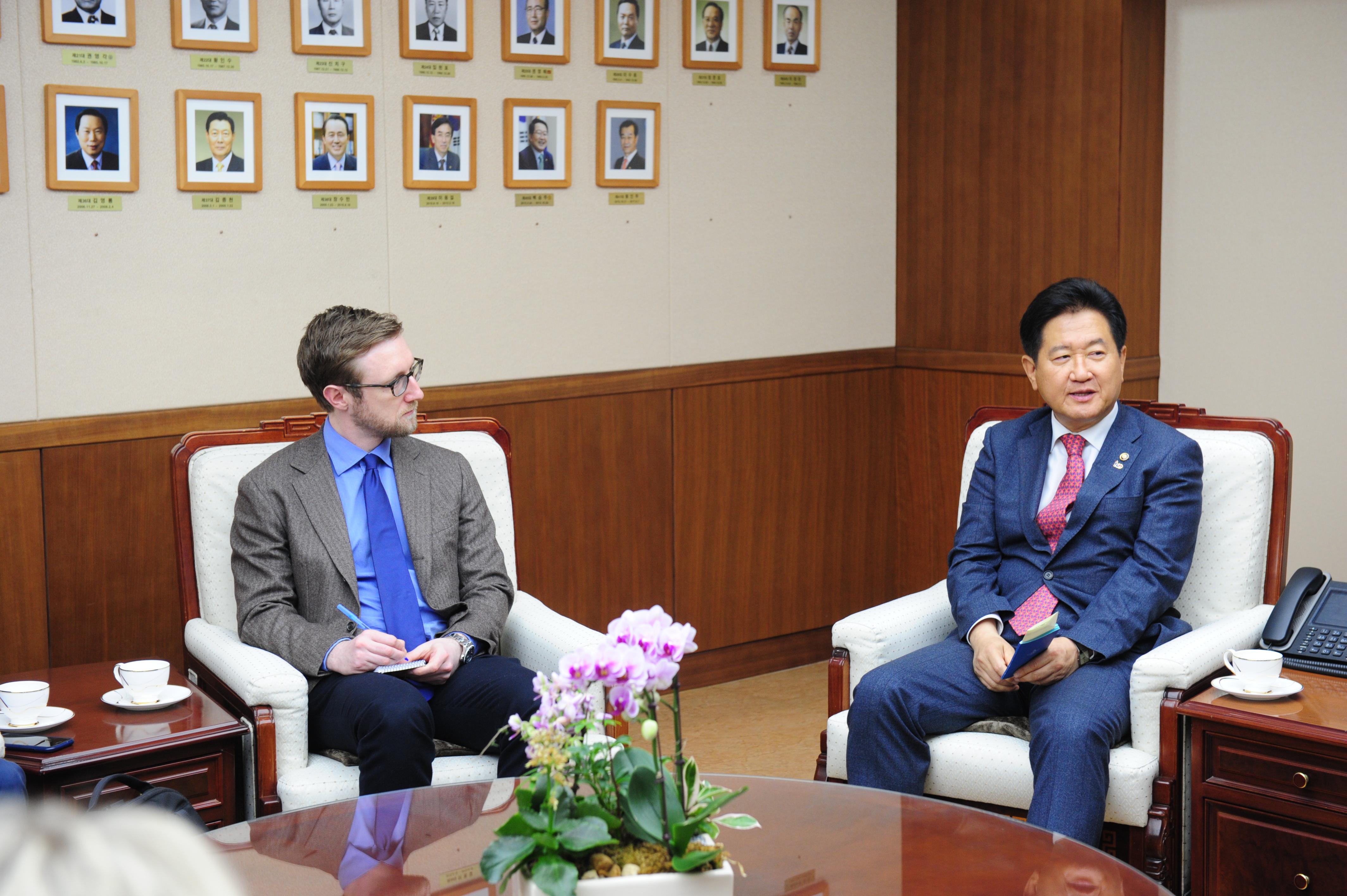 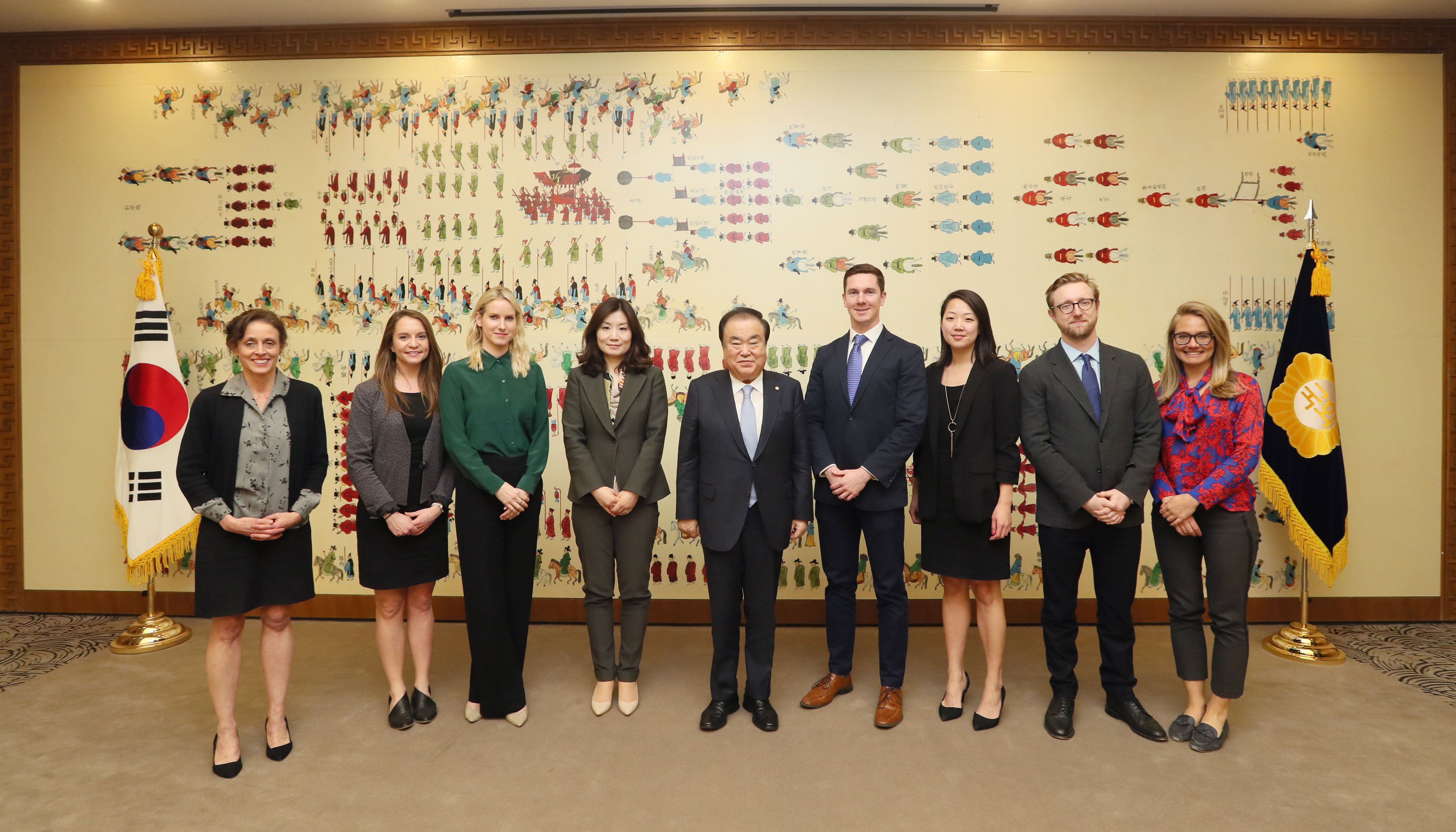 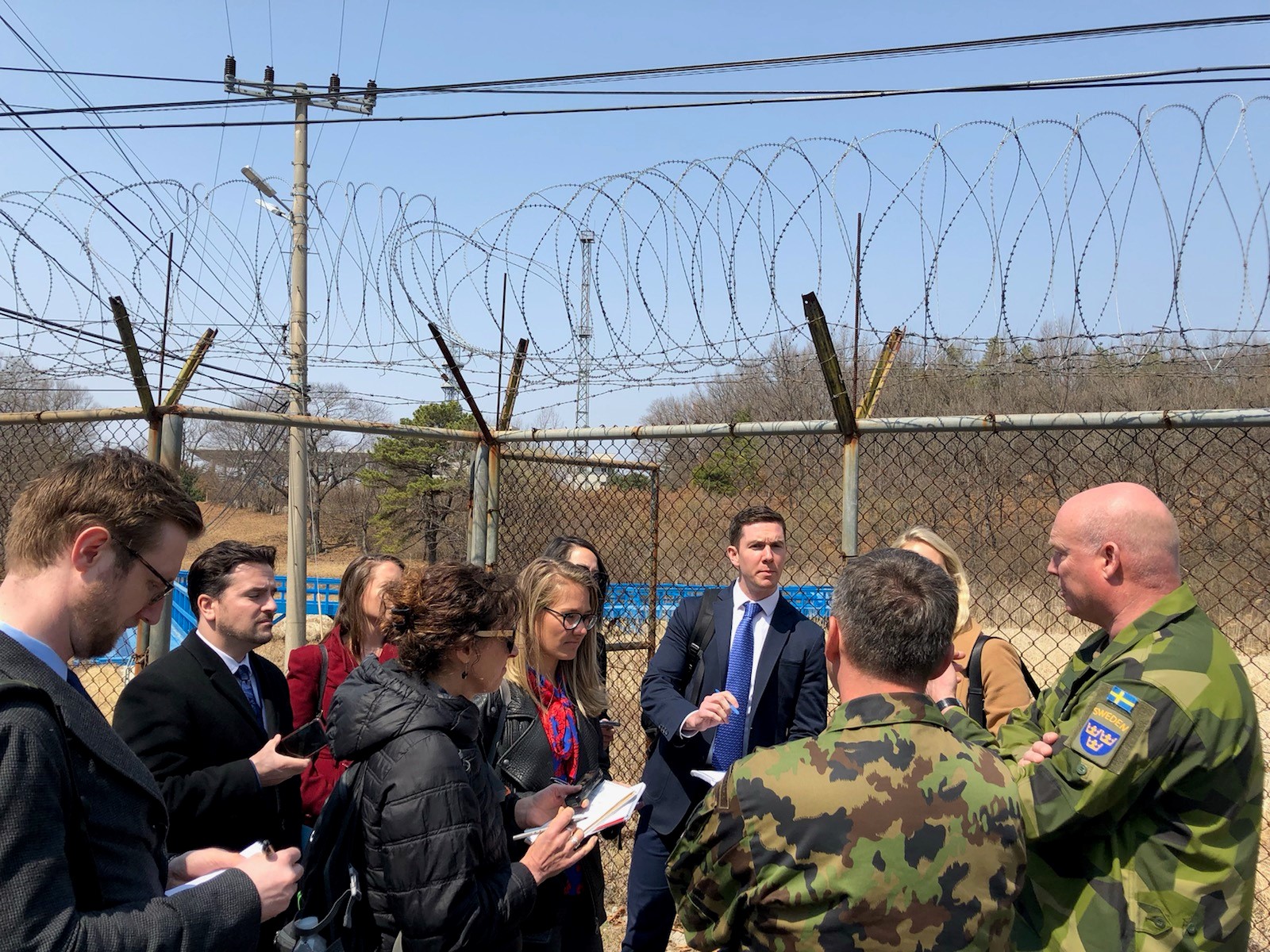 South Korea could be betrayed by Trump’s auto tariffs

The Plan to Resurrect the North Korea Nuclear Talks

Negotiations between Trump, North Korea at a standstill, but optimism still in force at DMZ

WASHINGTON, DC – The Atlantic Council announced today the selection of its inaugural class of Fellows for its Korea Journalist Fellowship Program. The Fellowship is a unique opportunity for early and mid-career, US-based journalists working in US media to develop a deeper knowledge of the most critical economic and security issues on the Korean peninsula […]