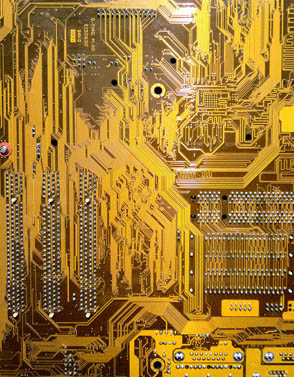 In 2014, the Atlantic Council’s Cyber Statecraft Initiative continued to promote its ideas on Saving Cyberspace, examining the best (and worst) cyber futures, and collaborating on groundbreaking ideas with Fortune 500 companies, governments, and other stakeholders. The overarching goal of the Initiative partners was to ensure that the Internet and cyberspace remain at least as free, and as awesome, for future generations as they have been for ours. The big push for 2014 was to convince the United States and other governments to put the private sector at the center of their cybersecurity efforts, instead of considering them as mere afterthoughts or partners.

The program hosted over fifty events, from one-on-one meetings with senior foreign officials to large conferences like the ‘Cyber Stability and Security in the Gulf’ held in Abu Dhabi or the first-ever national security cyber policy competition for students ‘Cyber 9/12 Student Challenge.’ The program concluded its groundbreaking work with the Zurich Insurance Group resulting in the publication of the Beyond Data Breaches: Global Interconnections of Cyber Risk report, in addition to four other major papers and reports. In collaboration with McAfee, part of Intel Security, the Cyber Statecraft Initiative embarked on a journey to change the debate about cybersecurity, with the aim to shift the focus from doom and gloom to how cybersecurity underpins innovation and prosperity.

By going beyond the current issues, the Initiatives’ experts, projects, and ideas were featured in multiple broadcast interviews, received media mentions in major national news outlets including the Washington Post, Bloomberg News, Wired, CNN, The Economist, and Financial Times, and published opinion pieces in more than a dozen outlets. Initiative’s ideas on Saving Cyberspace were featured at TEDx talk, Black Hat, and DefCon conferences.

In 2015, the Initiative, together with its partners, will continue to study best and worst case scenarios in the path towards a sustainable cyberspace. This vision for a sustainable cyberspace is achieved by turning the historic relationship around so that the defenders finally have the advantage over attackers (D>O, or even better, D>>O). The way to this vision is a private-sector centric strategy, which harnesses the agility and subject matter expertise of the private sector and places prosperity and innovation as the foremost goal of cybersecurity.

1. Global Aggregations of Cyber Risk
The Atlantic Council’s Cyber Statecraft Initiative, in partnership with Zurich Insurance, completed its year-long effort to examine the similarities of financial risk and cyber risk. In each, complexity, hyperconnectivity, and correlated risks could become systemic threats to the entire system. The recommendations, such as resilience and insurance, in Beyond Data Breaches: Global Interconnections of Cyber Risk aim to better prepare governments and businesses for the inevitable cyber shocks of the future by outlining several concrete steps to build resilient systems.

Watch a video portraying the pioneering collaboration between the Initiative and Zurich Insurance here.

2. Cyber 9/12 Project
The Cyber 9/12 Student Challenge, organized by the Cyber Statecraft Initiative, is an annual competition devoted to challenging students to formulate and present policy recommendations for responses during a major cyber incident. In 2014, eighteen teams of students competed in front of a panel of judges from the highest levels of the US Department of Defense and US Department of Homeland Security, as well as from prestigious academic institutions and leading cybersecurity companies.

3. Influencing Policy Debate on NATO Cyber Defense Policy
The Atlantic Council’s Cyber Statecraft Initiative continued to shape the debate on NATO cyber defense policy by engaging stakeholders in a debate before and after the NATO Summit in Wales. The Initiative expanded its work with NATO by convening stakeholders and formulating ideas and recommendations for the developing NATO cyber defense. These efforts culminated in a discussion with high-level US and NATO officials on cyber defense mission and capabilities following the launch of the new NATO policy, the only event of its kind held in Washington, DC. In addition, the Cyber Statecraft Initiative successfully completed a major project with NATO’s Science for Peace and Security Program on confidence-building measures in cyberspace.

4. Cybersecurity for Prosperity
The Cyber Statecraft Initiative and McAfee, part of Intel Security, launched a joint effort to change the nature of the debate around cybersecurity. Too often in the past, cybersecurity professionals and stakeholders have focused on the threats and challenges if we get security wrong rather than on its vast possibilities for innovation and prosperity if we get it right. By changing the focus of the debate, this joint effort aims at assisting policy and decision makers to formulate approaches that will create a balanced environment promoting not only security but also innovation.