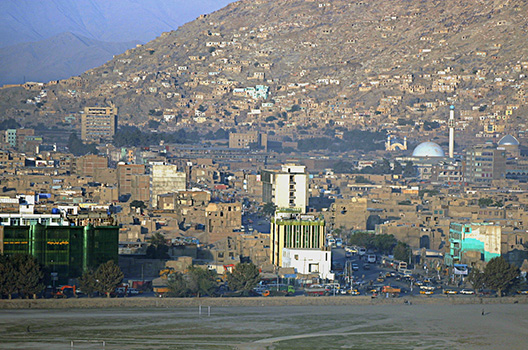 The Afghan government’s willingness to work with its international allies is stronger than ever. It has a historic opportunity, with the support of the United States and Afghanistan’s other international partners, to build on the remarkable progress made in the past fourteen years and to pursue peace and stability in a region of immense strategic importance. Failure of Afghanistan and the international community to seize that opportunity would be disastrous for Afghanistan, and dangerous for its neighbors and much of the rest of the world. While the future of Afghanistan is the responsibility of Afghans, continued international commitment is critical. Employing a multi-disciplinary approach, the Afghanistan Rising initiative seeks to solidify international support for Afghanistan as the new government takes steps necessary to meet the country’s security, development and economic challenges. The initiative will tap into the Atlantic Council’s extensive network to convene thought leadership and policy-makers from all over the world to help clarify issues and policy options, to generate public and political support for continued investment, and to sustain and accelerate the momentum required to generate impactful change in the country.

Today’s Afghan leadership offers the country its best hope to date to overcome its difficult past and the threat of Islamic extremism, and to transform itself into a stable, democratic, and economically advancing nation. The Afghanistan Rising initiative is predicated on the vision of an increasingly stable Afghanistan and the international community’s continued support for Afghanistan’s challenging transition. As President Ashraf Ghani and the Government of National Unity steer Afghanistan towards long-term stability, security, and prosperity, the international community led by the United States risks disengaging too rapidly, thereby undermining the best prospect Afghanistan has had in decades, or will have, to succeed. The goal of a rising Afghanistan is manifestly in the interest of the United States and its international partners. The Atlantic Council aims to galvanize foreign policy and political consensus necessary for continued success in a more peaceful and stable Afghanistan. An Afghanistan which is securing its own future and is an Islamic partner in the task of defeating terror and Islamist extremism will increase the prospects for regional stability and contribute to international security. This critical period in Afghanistan’s history will determine whether it becomes a positive element in defeating terror, or a negative and dangerous one. The decreased American military presence and the end of its combat role must not be accompanied by the loss of international attention to Afghanistan. The Atlantic Council’s Afghanistan Rising initiative seeks to maintain and renew focus on Afghanistan and its continued strategic importance. It will also seek to facilitate and highlight Afghan successes across a range of issues, including regional connectivity, long-term security, economic growth and peace.

Under the leadership of Ambassador James Cunningham, Senior Fellow at the South Asia Center and former US Ambassador to Afghanistan, Israel, and the United Nations, the Atlantic Council will convene prominent advisors and experts in order to formulate a compelling and enduring rationale for US strategic interests in Afghanistan in the coming years, and to advocate for strong, sustainable policies based on Afghan performance as well as international support. For all the challenges facing Afghanistan, this is a time of strategic opportunity for Afghans, the United States, and the international community to preserve gains made, and boost prospects for success.