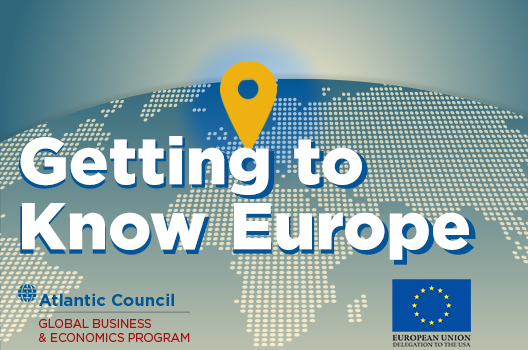 Getting to Know Europe (GTKE) is a program funded by the European Union. GTKE promotes greater knowledge and understanding, within local and regional communities in the United States, of the European Union, its international role, its policies, its culture, and the value and significance of the EU-US transatlantic partnership. The European Commission supported the Atlantic Council’s Global Business & Economics Program in implementing a project as part of the GTKE program from September 1, 2015 to December 31, 2017. The Atlantic Council’s Global Business & Economics Program has organized several high-level events across the United States with local stakeholders and policymakers to discuss the following themes key to the EU’s economic agenda for growth: digital single market, manufacturing, energy, and financial services.