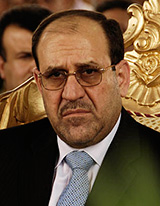 WASHINGTON — Saddam Hussein must be laughing in his grave.

President George W. Bush celebrated Saddam’s overthrow in 2003 as the liberation of Iraqis from decades of dictatorial rule and costly warfare against Iraq’s neighbors.

But the democratically elected government that followed has failed to stabilize the country and opened the door to the expansion of a safe haven for Islamist militants so extreme that even al-Qaeda has rejected them.


This week, the Islamic State of Iraq and Syria (ISIS), captured Iraq’s second largest city, Mosul, unfurling the black flag of jihad over the corpses of Iraqi security forces and sending half a million residents fleeing in terror.

For months now, ISIS has withstood Baghdad’s efforts to recapture Fallujah, scene of so much American bloodletting a decade ago.

Reinforced with newly captured American Humvees and weapons from Mosul, ISIS has also taken Baiji, site of a major oil refinery, and is advancing toward the outskirts of Baghdad.

The success of ISIS has much to do with the collapse of government authority in Syria as the civil war there continues into its fourth year.

The long border between Syria and Iraq is essentially open to the movement of fighters between the two countries. With Bashar al-Assad consolidating control over part of Syria, ISIS may have decided that Iraq is an easier target.

But the government of Prime Minister Nouri al-Maliki also bears responsibility for alienating so much of Iraq’s Sunni population, which dominated the country for centuries.

Despite “winning” parliamentary elections in April to give him a potential third term in office, Maliki has yet to form an inclusive government with Sunni buy-in or resolve differences over oil exports with the Kurds.

With his country falling apart around him, this is more than a wakeup call; this is probably Maliki’s last chance to overcome his sectarian Shiite roots and work with other ethnic and religious factions to preserve an even nominally united Iraq.

Michael Knights, an Iraq expert at the Washington Institute for Near East Policy, has written that “the potential silver lining to the crisis is that it could spur Iraqi factions to refocus on national stability.”

Knights also notes that the United States “is still uniquely positioned to be an honest broker in Iraq” using its leverage as a trainer and arms provider to push Maliki toward compromise.

But the fact remains that while the US can rush ammunition to defend Baghdad, U.S. troops are not going to return to fight Maliki’s battles for him. Unfortunately, rather than reach out to Sunni moderates,

Maliki has increasingly relied on Iran-backed Shiite militias that have committed atrocities against Sunnis.

Knights told VOA that he fears these militias will start “cleansing” remaining Sunnis from Baghdad in a reprise of 2005-2006 sectarian blood-letting.

“We’re back to 2005 when we just had elections but we had no security,” he said.

Knights described the panicked withdrawal of Iraqi forces from Mosul and Baiji as “a morale collapse of epic proportions” that reflects the exhaustion of troops who have been fighting a counterinsurgency for over a decade and the inexperience of others who had been doing checkpoint duty in southern Iraq and now have been rushed to the northern front.

“You’ve got the guys who burned out who were used constantly in the worst places and the units that never did anything and now must do everything,” Knights said.

Knights predicts that Baghdad and the south will hold but that Iraq will be increasingly divided into Sunni Arab, Shiite Arab and Kurdish regions.

Rather than try to recapture lost territory, Maliki may have to try to negotiate with tribal and old Baathist powerbrokers and accept a looser federal structure that permits substantial Sunni autonomy.

However it turns out, there will be likely be new threats emanating from ISIS-held Iraq that menace Jordan, an important US ally, and potentially Europe and the United States.

An Iraqi haven for this group will also make it much harder to bring about a cease-fire in Syria’s horrible war.

George W. Bush and his enablers – Dick Cheney, Paul Wolfowitz, Don Rumsfeld and Richard Perle among them – sold the Iraq war to the American people as part of the “war on terrorism,” conveniently blurring the fact that Saddam was not colluding with al-Qaeda but actually fighting it.

It would be beyond a tragic irony if Iraq now becomes a refuge for a group even more hateful bent on establishing a “caliphate” in the heart of the Middle East.