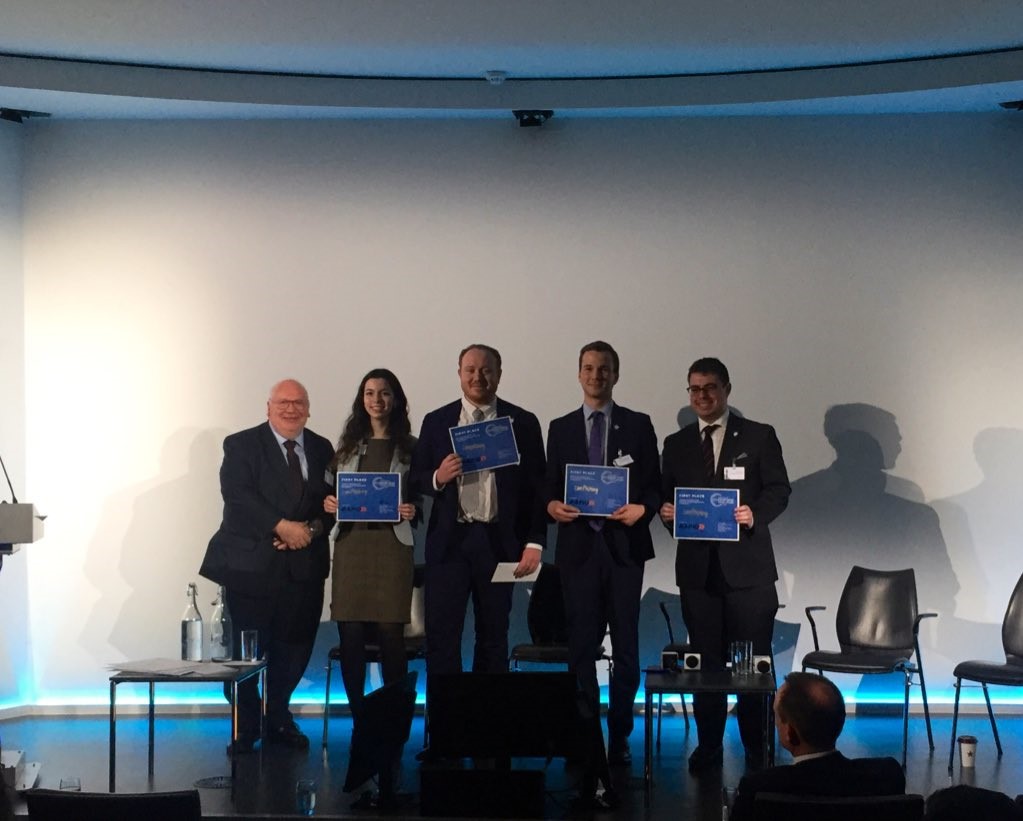 The Cyber 9/12 Strategy Challenge is a one-of-a-kind competition designed to provide students across academic disciplines with a deeper understanding of the policy challenges associated with cyber conflict. Part interactive learning experience and part competitive scenario exercise, it challenges teams to respond to a realistic, evolving cyberattack and analyze the threat it poses to national, international, and private sector interests. The 2019 competition was held on February 11-12, and seventeen teams from across the UK were kindly hosted in BT Tower in London by BT. The Challenge served to connect a diverse group of enthusiastic young people, of which over half were female, with seasoned cybersecurity professionals, build bridges between the government and private sector, and address the UK’s cyber skills gap. Student teams competed to offer their best national-security policy recommendations for combating an evolving fictional cyber incident. This year’s scenario featured a destabilizing cyber attack targeting the UK’s petroleum industry, which caused unrest across the country.

The Council was honored to have two Lords in attendance—The Rt Hon. Lord Robertson of Port Ellen KT and Lord Harris of Haringey—as well as support from its UK government partners, Mr. Matt Parsons, Head of Cyber Security Skills and Professionalisation at the Department for Digital, Culture, Media and Sport, and Mr. Paul Chichester, Director of Operations for the National Cyber Security Centre. Lord Robertson served as the tenth Secretary General of NATO and, in response to the September 11, 2001, terrorist attacks, became the first NATO leader to invoke the Article V mutual defense provision. Lord Harris currently serves as a Non-executive Director for the Cyber Security Challenge UK.

The competition was preceded by the first-ever Cyber 9/12 Strategy Challenges in Lille, France, on January 22-23, and Austin, Texas, on January 10-11. Following the event in London, the competition will also take place in Washington, DC, on March 21-22 and Geneva, Switzerland, on April 25-26. Visit http://atlanticcouncil.org/cyber912 for more information on the upcoming competitions.