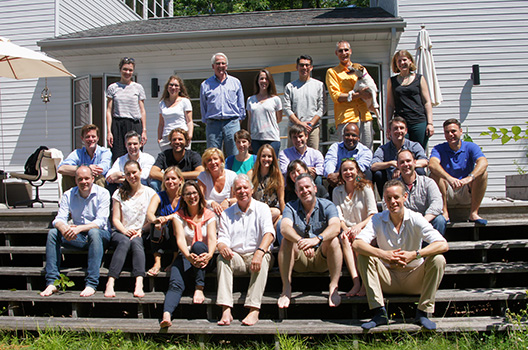 The transatlantic relationship faces severe challenges, both now and for the future – this was of mutual concern among German and American participants of the Transatlantic Core Group’s inaugural meeting on Wasan Island, Canada this past month.

When narrowing in on US-German relations, it is clear that the political rift over the Iraq war, Guantanamo, Abu Ghraib, the NSA affair, and TTIP has animated anti-Americanism even in parts of the German mainstream. At the same time, the American administration has “rebalanced” towards Asia and the Pacific while focusing less on Germany and Europe when thinking of global challenges.

This is a big shift away from the historical transatlantic narratives – US role in post-WWII Europe, US contribution to prosperity in Germany and Europe, the American way of life as an aspiration for young Europeans –were once the cornerstones of this important partnership.

For both Germany and the United States, the cultural and political consequences of weakened trust and understanding are immense, as are the economic and strategic implications. Today, the world grapples with a new and distinctive set of global challenges that require the United States and Germany to cooperate more closely than ever.

As such, two German and two American organizations – BMW Foundation Herbert Quandt, Robert Bosch Foundation, The Atlantic Council, and The Chicago Council on Global Affairs created a partnership to work on the task of building up transatlantic trust among next generation leaders, starting with those in Germany and the United States. In July 2015, four partner organizations invited a small group of rising American and German professionals representing various sectors to establish a ‘Transatlantic Core Group’.

The Transatlantic Core Group met on the beautiful and secluded Wasan Island in the Muskoka Lake district in Ontario, Canada. The island is owned by the Breuninger Foundation, a strategic partner of the BMW Foundation with whom the partners share the concept of philanthropy of places. Over four days, the participants utilized this special place to openly debate the state of transatlantic relations and consider new ways that the next generation can rejuvenate US-German relations.

The design of the inaugural meeting included both plenary and break-out sessions on topics such as transatlantic core values, multilateral governance and international cooperation, loss of faith in institutions, education, social inequality, cultural and demographic shifts, technological innovation and privacy, and urban transformation. During the course of these discussions, the participants contended that it was not necessary – let alone feasible – to overcome certain cultural differences that mar our mutual perception. Nevertheless, they agreed that those differences must be discussed and understood.

The Transatlantic Core Group’s inaugural meeting resulted in a commitment by the participants to take ownership of and drive this process, determining the topics for discussion and future meeting agendas. The participants agreed to endeavor to meet twice a year, in Germany and the United States, which will be facilitated by the four partner organizations.

The first two workshops will take place in spring 2016 in Germany and in fall 2016 in the United States. The first will be on the topic of “Connecting Cities”, investigating means of transatlantic cooperation in building communities, learning from lessons on integrating minorities, digitalization, social entrepreneurship and strengthening innovation by creating non-traditional partnerships between stakeholders in both countries, in particular building on youth groups.

The second project – called Wasan Island Future Initiative (WIFI) – will look at transnational know-how and skills exchange, especially among small and medium cap enterprises connected to sustainable ideas, empowering young professionals, training them and connecting them through existing social spaces. Both projects will be driven by a smaller group of core group members working pro bono on trying to improve existing experiences in this highly valuable, but largely neglected sector.

About the Transatlantic Core Group

Under the motto “Rebuilding Transatlantic Trust,” the BMW Foundation together with the Robert Bosch Foundation, the Washington, D.C.-based Atlantic Council, and The Chicago Council on Global Affairs initiated an open, participant-driven dialogue on revitalizing the transatlantic relationship. The dialogue process is determined and carried out by the Transatlantic Core Group, a group of young leaders from all sectors and regions in Germany and the United States who are committed to working together to rejuvenate the transatlantic partnership for the next generation.