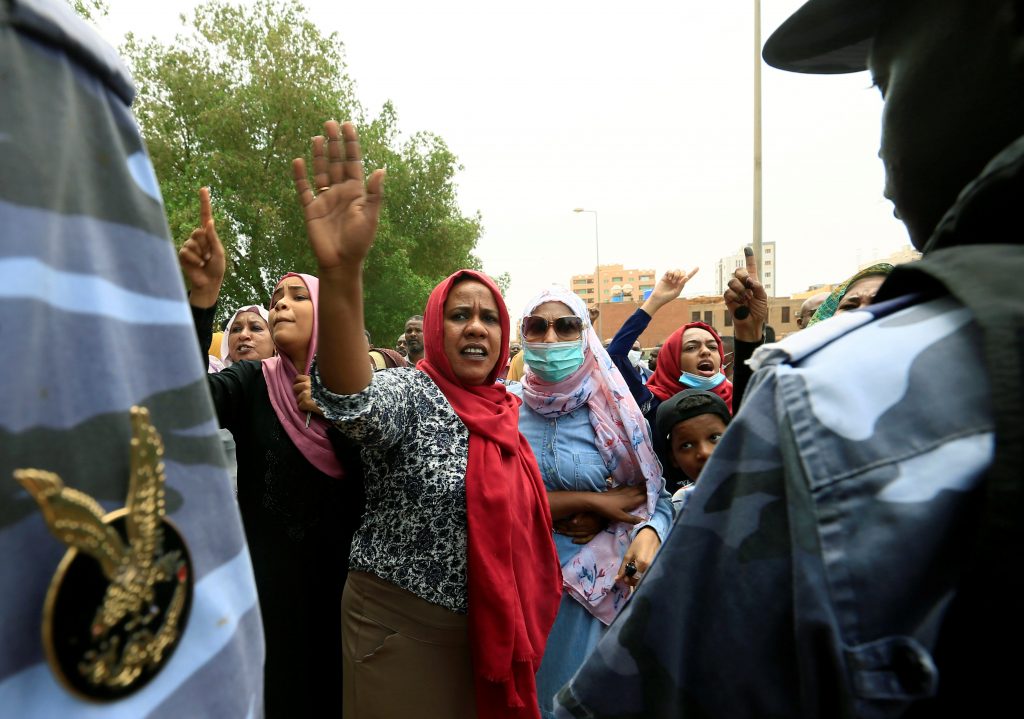 The world received a wake-up call about the state of Sudanese democracy last week as forces bent on thwarting that progress—allegedly loyal to toppled dictator Omar al-Bashir—attempted a coup against the fragile government.

News of the failed plot came the same day that US President Joe Biden extolled democracy, and the courage of those seeking it, in his address to the United Nations. He mentioned Sudan specifically: “The democratic world is everywhere … It lives in the brave women of Sudan who withstood violence and oppression to push a genocidal dictator from power and who keep working every day to defend their democratic progress.”

It came as no surprise that elements apparently aligned with al-Bashir, who was overthrown in 2019 after a quarter-century in power, might seek to subvert the country’s progress toward democratic rule. The jailed former leader is wanted on International Criminal Court charges of genocide and war crimes allegedly committed in the region of Darfur. Sudanese authorities say the coup perpetrators are Bashir loyalists both inside and outside the military.

Officers are notably part of the transitional government. During the two years that a civilian cabinet has nominally been administering the affairs of state, the country’s technocrats have seemingly gone to great lengths to put their military partners at ease and avoid direct conflicts with them. Civilian leaders choose to focus on the social, economic, and administrative reforms squarely under civilian control, allowing the question of security-sector reform to loom in the background.

A fork in the road

But now that those reform efforts have collected much of the low-hanging fruit, Sudan’s civilian leaders have come to a fork in the road: Either they continue their reforms with only limited efficacy, or they pursue structural changes to the military’s role in political and economic life, as well as in the security of the country.

In his attempt to enlist international support, Prime Minister Abdalla Hamdok recently warned the world of the dangers of this binary choice. In a June press conference, he cautioned that chaos could follow if divides continue developing among post-revolutionary forces. “The big question today,” he said, “is will Sudan exist or not.”

For its part, the military has created its own facts on the ground to support its narrative that civilian leaders are incapable of managing the country’s complex ethnic, security, and economic challenges and are therefore not fit to lead alone. It is in this context that the military’s fingerprints are on the violence and displacement rising across Darfur, on military skirmishes and provocations heating up along the Ethiopian border, and on protests in eastern Sudan against the cabinet’s failed economic policies (which are being both fueled and suppressed by the military).

‘The ones who want to steal it’

This strategy of discrediting civilian leaders aligns with the coup attempt. A day after the event, General Mohamed Hamdan Dagalo, deputy head of the Sovereign Council, Sudan’s current executive body, blamed political leaders for neglecting the citizenry and “fighting over seats and divvying up positions.”

His superior, General Abdel al-Burhan, shares a similar perspective, saying during the same public appearance: “Who should they rise to protect the revolution against? From us, the military? We are the ones who are protecting it from them, the ones who want to steal it.”

The irony is, of course, that civilians cannot steal what rightfully belongs to them. Under the terms of Sudan’s transitional constitutional charter, the chair of the Sovereign Council is supposed to transfer to a civilian midway through the transition. Whether that handover occurs this November (as originally anticipated) or next year, as negotiated under the Juba Peace Agreement, is a matter of legal interpretation.

But what shouldn’t be open to interpretation is whether that transition should occur.

As part of its argument that civilians have not properly managed the transition, the military cites a number of true and even convincing arguments about areas where the civilian cabinet is falling short. Indeed, there are reasonable debates to be had about the pace and effectiveness of the economic reform agenda and its ability to improve the lives of those most at need.

It also is true that significant elements of the constitutional charter remain unimplemented, namely the seating of a transitional legislative council. Of course, Sudanese politics remains a largely cacophonous rabble—unreformed, disorganized, and often at odds with each other—precisely as the previous regime wanted it.

Most civilian leaders are willing to acknowledge and debate these shortcomings. Many would also argue that the work of governing is only made more difficult by an unreformed security sector that maintains control over vast portions of the economy. The same critics would also say these authorities benefit from the ability to undermine efforts that would strip them of the power and privilege they’ve long enjoyed.

Yet contrary to the military’s contention, frustration with civilian rule is by no means an endorsement of the military status quo. The Sudanese Professionals Association, one of the lead organizers of the 2019 revolution, made that clear when it said this week: “Our rejection of any coup or the return of dictatorship is principled and is not in defense of the transitional authority or the continuation of the [civil-military] partnership.”

Sudan’s transitional charter and the effectively forced marriage between civilian and military leaders it created was an artful way to address the winner-take-all system that has long defined Sudan’s political existence. But in the current impasse, both sides feel like they are losing. As in any democratic system built on compromise, that may be alright—as long as the millions of civilians who cried out for freedom, peace, and justice don’t also feel like they’re losing.

As Sudan tries to skirt disaster, the international community has taken notice, condemning the coup attempt and dispatching a flurry of envoys and other VIPs to Khartoum this week to convey their support for civilian rule in person. The US Congress went so far as to threaten to reimpose sanctions and withdraw as much as $1 billion in promised investment and development assistance if the military attempted to reassert total control.

While welcome, this response also serves to reinforce the zero-sum mentality that stokes fear on both sides. Now that the military is on notice, it seems unlikely that pressure tactics from the West will do much beyond entrenching them even further—and pushing them toward a host of eager, more malign suitors. After all, it was largely their fear of being displaced that has fueled their strategy until now.

What’s required is not ultimatums, but a serious discussion of what the future holds so that Sudan’s political order is not defined simply by winners and losers. Civilians must be given the chance to lead without encumbrance. The hard work of security sector-reform must begin in earnest, but in a way that doesn’t paint the security services into a corner; instead, they should be offered a role in a new Sudan.

To be sure, there must also be some agreement on accountability for past crimes. Ill-gotten gains must be returned to the state and the military must divest itself of civilian-oriented businesses. Functions better suited to the police, customs, and intelligence services should be removed from the military’s purview. Perhaps most importantly, militia groups and other paramilitary groups must be brought under a unitary command structure.

There are real security threats in and around the country that require a response from professional security services, as evidenced by the killing of five Sudanese intelligence officers this week in a raid on a supposed Islamic State of Iraq and al-Sham (ISIS) cell in Khartoum. Growing instability emanating from Ethiopia, perennial turbulence from a host of neighbors including South Sudan, Libya, and the Central African Republic, and human smuggling and drug trafficking all remain challenges that will require a professional army to confront.

As Sudan grapples with the fundamental choices that will decide the country’s future for decades to come, the United States and its partners have a critical role to play. Just as Western democracies have incentivized the reform process by illustrating the benefits Sudan and its people will gain for choosing the path of peace and democracy, they must now help illustrate what a future Sudan, with a competent and professional security sector, will look like.

In responding to this wake-up call, international supporters would do well to bear in mind Dagalo’s words: “The military is met with humiliation and insults day and night, so how can there not be coups?”

Cameron Hudson is a nonresident senior fellow with the Atlantic Council’s Africa Center and a former chief of staff of the Office of the US Special Envoy to Sudan at the US Department of State.

A cable from Mali: How to bring Bamako back from the brink

Against the backdrop of two coups, interethnic and terrorist violence moving south toward Bamako, and France shifting its posture in the Sahel, this could be the last chance to stabilize Mali.