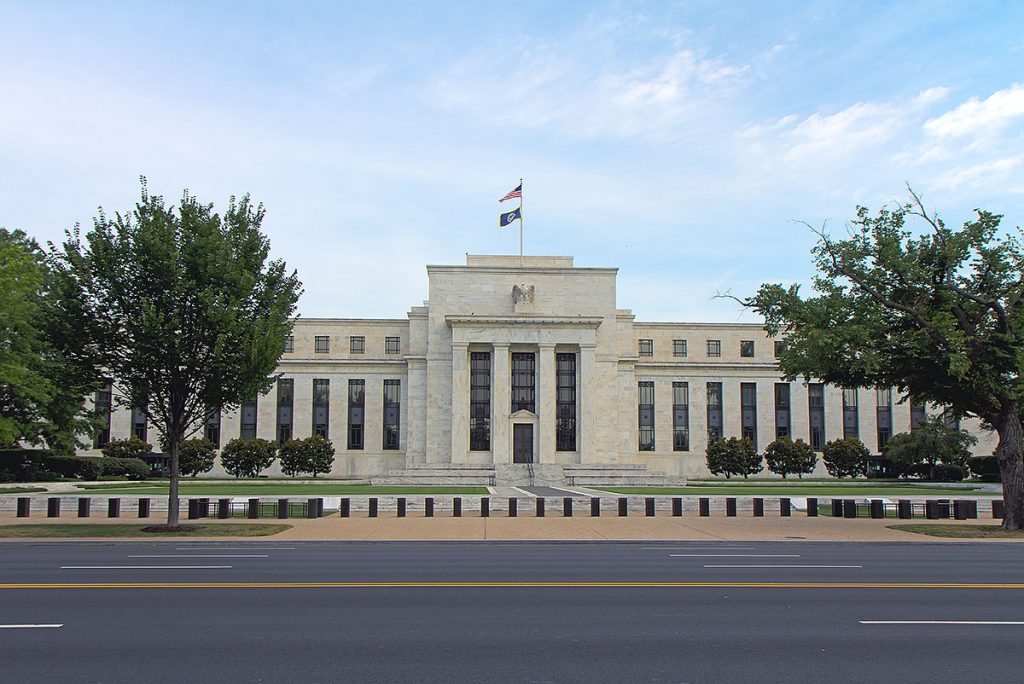 The developed world has not seen high levels of inflation since at least the mid-1990s. The aging population, re-anchored inflation expectations due to better monetary policy after stagflation in the 1970s, lower reliance on commodities, offshoring, and slow growth after the Global Financial Crisis (GFC) in 2007-8 are among the most important reasons for a long period of price stability. However, this period might be near its end.

Implemented after the GFC, unconventional monetary policy (UMP)–consisting of lowering interest rates close to (or even below) zero and injecting huge amounts of liquidity into the financial sector through, in particular, large scale asset purchases by central banks–was successful in stabilizing financial markets. Then, the Federal Reserve (Fed) and the European Central Bank (ECB) extended UMP as a tool to strengthen the recovery and never fully retracted it. However, its effects generally fell short of heightened expectations: tremendous amounts of liquidity pumped into the economy had a rather limited impact on real GDP growth and inflation. The main result was falling money velocity (the ratio of nominal GDP to money supply1 We use M2, as M3 was discontinued during the GFC because it was “too expensive to calculate” for the Federal Reserve (Fed). M1, on the other hand, was rendered useless last year as savings accounts were reclassified from M2 to M1 virtually equalizing both aggregates. Interestingly, the Fed feels the need to change aggregates always when they move fast upwards; after the next crisis we may be left with no aggregates to look at. and a growing pile of excess cash (see Figure One and Figure Two). Instead of boosting the economy, the ultra-low interest policy impaired money creation by banks and thus counteracted quantitative easing (QE)2Yes, QE could have been more effective with interest rates above zero, a solution unfoundedly rejected by the Fed and other central banks after initial introduction of QE at rates above zero. Rate reduction that followed most likely resulted from central banks desire to do whatever it takes to counteract the GFC, if not from panicking due to the GFC.

How did this happen? Ultra-low interest rate policy has changed behaviors of companies, banks, and customers in several ways:

The slow growth of credit has kept inflation low. However, inflation will undoubtedly accelerate in the coming quarters for multiple reasons:

None of the reasons listed above is monetary. Thus, all can be perceived by central banks more as ‘price level adjustments’ rather than inflation, potentially helping them decide not to take any action–and thus allowing inflation to grow.

The European Central Bank (ECB) will most likely not abandon UMP in response to inflationary pressures. UMP led to a backdoor recapitalization of banks (by increasing prices of bonds they held) and saved many companies from bankruptcy (the exit rate during the GFC in Europe was lower than before and remains so to this day). However, as a by-product of that, the ECB has frozen the European economy: banks are concerned mostly about their capital, many companies about maintaining the status-quo, and all gamble for resurrection–some kind of a positive shock. The only shock that was proven to work in such a situation is nominal growth.

A rate hike before companies benefit from such a shock would risk igniting another crisis in Europe. The ECB may fear that, if it were to increase interest rates, banks would lose capital because bond prices would fall. Zombified companies would start defaulting, bringing banks’ capital down even further. Some European countries might even struggle to remain solvent, as some countries’ sovereign debt is larger than after the Second World War (debt is also at the highest level it has ever been in the United States). Throughout the last ten years, the ECB has demonstrated multiple times that it considers fiscal tensions when deciding monetary policy. Thus, we should expect the ECB to continue UMP.

The Fed has more room for maneuver than the ECB, as UMP-related problems are less pronounced in the United States than in Europe. Hence, the way in which the Fed will react is more uncertain. There are three possible paths for the Fed going forward.

First, the Fed might keep rates at the zero lower bound and accept temporarily higher inflation. It may calculate that unloading some of the excess liquidity will help to handle the debt overhang and justify current high shares valuations. This would make the normalization of monetary policy easier in the future. However, with rates close to zero, money creation by banks will most likely remain impaired. Thus, excess liquidity accumulated post-GFC will not be transformed into loans by the banking sector.

Second, the Fed might apply the textbook reaction to inflation.4Recently, the Fed modified its policy framework. Most importantly, the inflation target of 2 percent was changed to an average of 2 percent over time. That means that the Fed will accept inflation above 2 percent for some time after a quite long period when it has been below 2 percent. However, this modification doesn’t change the textbook paradigm that rate hikes are the answer to rising inflation–they only move the hikes further in time in response to growing inflation. That is, tempted by faster output growth and elevated inflation, it may decide to hike rates in 2023 or even as early as 2022. However, if this happens, inflation might very well accelerate instead of falling. Higher rates and a steep yield curve will reduce demand for cash and push money from short-term deposits to longer ones. As banks benefit from the level and steepness of the yield curve, they will be incentivized to lend more. Longer-term financing coming from the increasing tenure of deposits will facilitate this move. As the loan-to-deposit ratio is at its all-time low, there is an ample amount of liquidity to lend once the system gets unclogged with higher rates. 5It is not quite clear whether Federal Open Market Committee members are considering the effects described here. These effects are certainly not incorporated in New-Keynesian analytical framework standardly used in central banks. Policymakers may interpret this reaction as an effect of insufficient rate hikes and continue increasing them.6The same way as when they multiple times increased QE after the previous purchases proved ineffective. Higher interest costs will eventually limit companies’ willingness to invest and consumers’ propensity to spend, thus weakening the financial standing of both. Worsened growth prospects will likely lead to a crash on financial markets and end the currently blooming wealth effect. The resulting unemployment and depressed sentiment will negatively impact consumption and investments, further lowering money velocity and demand for credit. Rate hikes will stop inflation but not in a way anybody would desire, especially shortly after recovering from the pandemic. Then the Fed would presumably reintroduce UMP, and the economy would return where it has been trapped since the GFC–to a state of low inflation, subdued growth, and suffering productivity.

The third path is the only way out of that trap. It requires hiking interest rates very gradually. The interest rate increases must be slow enough to avoid causing deflationary shocks and entering into the scenario described above. Done right, slow rate increases can unlock banks’ money creation and restore velocity, although at the expense of a higher price level (which may in turn help the economy recover from zombification). The implementation will be extremely challenging, as the Fed will have to balance between controlling inflation and avoiding crisis–a task almost impossible, as most certainly there will be shocks tipping this fragile balance.

For example, one may take almost for granted a re-emergence of the so-called “Greenspan conundrum.”7 When the Fed started rising rates before the GFC, the long-term rates failed to increase accordingly. This unusual behavior was called by Alan Greenspan a “conundrum.” Later, when he was explaining the GFC before Congress, the Fed chairman used “the conundrum” as an argument that the monetary policy was ineffective at that time and thus could not stop the housing bubble. It will manifest itself in a weakened influence of monetary policy on long-term rates. Because the ECB will most likely not raise rates, hikes in the United States will cause a huge carry trade opportunity, allowing traders to leverage the two currencies against each other. The ECB together with the Bank of Japan and Bank of England, which are also unlikely to raise rates, provide almost 50 percent of global liquidity. Given that European insurers and pension funds have bled for ten years, they will use the carry trade opportunity to invest at yields even slightly higher than the European close to zero (or even negative) ones. Their purchases of US treasuries will bring the long end of the yield curve down and flatten it, as before the GFC when the Fed started increasing rates.

Like war, UMP is easy to start, but extremely difficult to end. But war is hardly ever a solution. Neither is prolonged UMP. It worked well to stop global markets’ panic, but it’s high time that central banks returned to conventional policy, however difficult it may initially be.

Prof. Andrzej Rzońca is a former member of the Monetary Policy Council in Poland. Grzegorz Parosa is Head of Equities at AXA’s investment arm in Poland and a student at Stanford University finishing his PhD under Prof. Rzońca’s supervision.