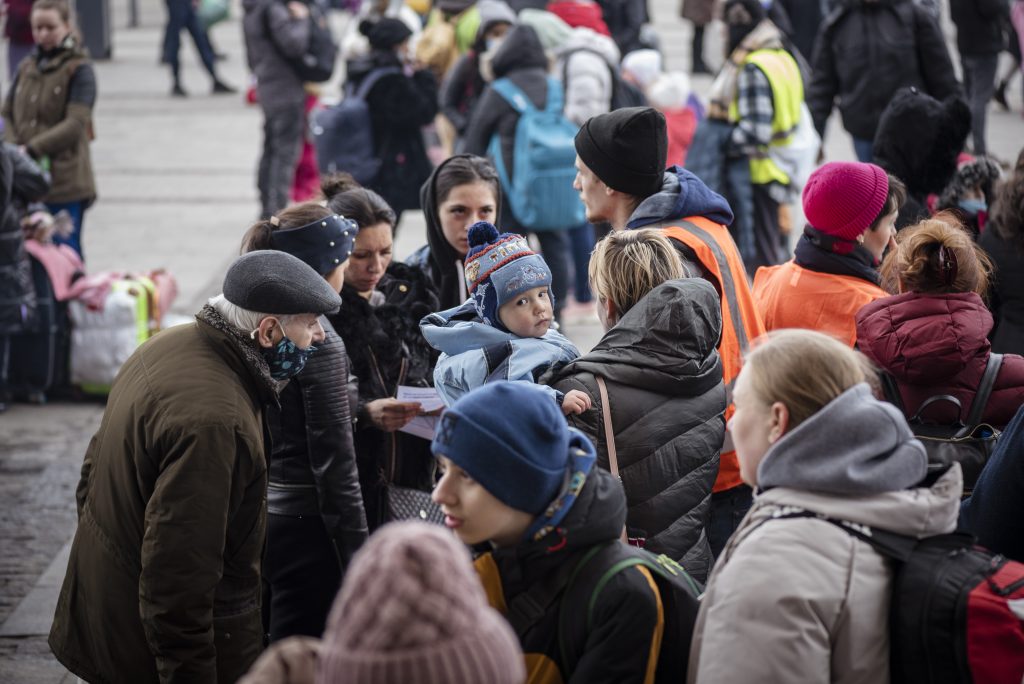 Russia’s invasion of Ukraine highlights the economic disincentives countries considering wars of conquest must reckon with. These are all to do with the extreme economic complexity supporting contemporary global standards of living. The production processes of potential aggressors are increasingly vulnerable to interdiction by both individual nations and economic agents that transcend any one country. While state-driven violence around the world, including the invasion of Ukraine, prove that war is by no means a barbarous relic of history, the incentives against going to war have shifted dramatically. There are far higher economic costs to those who the world perceives as invaders.

The modern global economy is built on the past half-millennia of globalization, capital accumulation, and technological advancement. It consists of lengthy value chains, with hundreds or thousands of steps between raw commodity extraction and the final products purchased by consumers. Some of this complexity is driven by the gains from trade that occur due to comparative advantage. American oil, Russian nickel, and Chilean copper all allow Taiwan’s semiconductors industry and German auto factories to produce more efficiently than they otherwise could.

But modern economic complexity goes beyond the mere breadth of commodity inputs. Technological complexity is a lengthening of value chains (either domestically or internationally) and a specialization of individual steps in productive processes. For example, the simplest semiconductors that control basic electronic components like truck window switches are vastly more complex than any single input component to industrial processes that prevailed a century ago. They also require an array of input processes (technical intellectual property, sourced commodities, capital equipment, and specialized labor) that are too complicated to be in-sourced by a given city, country, or even region, without driving costs higher than the ubiquitous components could justify.

Semiconductors and other high technology industries have natural economies of scale which preclude their independent development at the domestic level. The result is that a huge range of production processes underpinning the record standards of living enjoyed around the world are not just globalized, but inherently globalized; no single national economy could develop all of them itself, even if they simply copied value chains from elsewhere.

The basic building blocks of 21st century consumer and industrial goods, even in middle-income countries, have a dizzying array of dependencies on foreign actors. These actors may control intellectual property, capital equipment supplies, commodity inputs, or the right to control who sells goods and services in a given country.

Historically, war has been bad for trade. In the first decade of the 20th century, peace, prosperity, and globalization convinced some, but not enough, that all-out war would be too disruptive to commerce to be worthwhile. When the Great War did come, major economies suffered significantly from disruptions to trade and were forced to replace imported inputs with higher cost domestic production. In many cases, substitution away from disrupted imports was possible, in part because the question was cost rather than technological feasibility. Germans could replace British coal imports with continental supplies and British industries like optics ramped up to replace lost exports from Germany.

Similar import substitution is simply not possible today. Highly-developed economies with deep technical expertise and scaled high-end manufacturing like the United States are struggling to onshore production of semiconductors as part of a re-thinking of industrial policy. For countries with much less technical know-how, let alone experience in specialized processes, there’s no hope to lessen their dependencies on foreign actors.

Semiconductors are, of course, just one example. High-technology components for planes, industrial equipment, telecommunications, digital infrastructure, or health care are just a few of the galaxy of supply chains  that can be interrupted. Financial flows are ultimately more substitutable, though in the short term their interdiction can be highly disruptive. But other services flows ranging from software to repair to basic maintenance of complex machinery are absolute dependencies that cannot be replaced.

Another twist in the story of rising economic complexity is that power to veto economic activity through foreign dependencies is not limited to governments. While the UK can sanction Russian banks, Apple can also stop selling its iPhones in the country. To be sure, any given corporation or consumer has much less power to exercise veto points over domestic production processes than the government of an economic superpower like the United States or European Union. But corporate decision making can serve a similar role to sanctions if executives believe that lost revenues in an aggressor country are less objectionable than the backlash of continuing to operate.

There are several economies where sanctions regimes have created huge problems for production processes. North Korea is a nation out of time and Cuba’s standards of living would doubtless be higher without more than a half century of trade embargoes. Venezuelan oil production would never have collapsed so quickly if it had remained fully integrated in the operations of global oil majors. But the impact of sanctions on these countries was different than the “sudden stop” of economic activity that takes place when a nation moves from full integration in global value chains to complete isolation, as Russia is on course to do.

The sudden end to activity across a huge range of production processes will be a volatile and dangerous episode for both ordinary Russians and their political elites. The sudden stop offers little chance to adapt and re-design value chains that maintain standards of living. That lack of adaptation doesn’t just mean inflation, and lower incomes, but makes many facets of modern life taken for granted impossible. While Russians are unlikely to starve en masse due to sanctions and withdrawals by foreign companies, the evaporation of imported food, disappearance of newly manufactured cars, and collapse in air travel will be profound.

Whether this shock was foreseen by Russian policymakers before invading Ukraine is unclear. What is clear is that any country planning a war of conquest needs to assume a similar reaction from the global community. In effect, the costs of war have risen, and risen dramatically. That does not mean that offensive wars are impossible going forward. But would-be conquerors will require a plan to blunt the impact of international interdiction of production if they want to invade. The ultimate irony is that Russian policymakers thought they had done that by cultivating European energy reliance and building up a massive pile of gold reserves. But their efforts at sanction-proofing the Russian economy now look laughable in the face of a global effort to deny unreplaceable inputs.

However, rising global complexity and interdependence is still not an absolute restraint on aggressors because the rules are not evenly applied. The American invasion of Iraq, Russian support for the Assad regime in Syria, or Saudi-led war in Yemen saw nothing like the blowback response to Russia’s invasion. But, similarly, it would be a mistake to believe that the possibilities of interdiction thanks to complexity are a one-way street. It is easy to imagine a range of Asian economies sanctioning the United States for a war of aggression. While any interdiction of the US economy by lower-income countries couldn’t approach the response to Russia, disruptions to the American economy would nonetheless be severe.

As economic complexity mounts, the number of critical production processes which a foreign actor can halt in any given country have proliferated. Therefore, violations of international norms — inconsistent or unfairly applied as they may be — have become much more costly. The optimistic reading of this change is that wars of aggression like Russia’s invasion of Ukraine will remain rare, or become even more so. A pessimistic reading suggests that countries may try to opt out of the huge benefits of globalization to insulate themselves from the costs of global norm violations. Either way, the reality of high technology global value chains is that wars come with much higher costs, whether they are paid slowly in advance or suddenly after a war begins.

George Pearkes is a contributor for the Atlantic Council’s GeoEconomics Center. He is the Global Macro Strategist for Bespoke Investment Group where he covers markets and economies around the world and across assets.