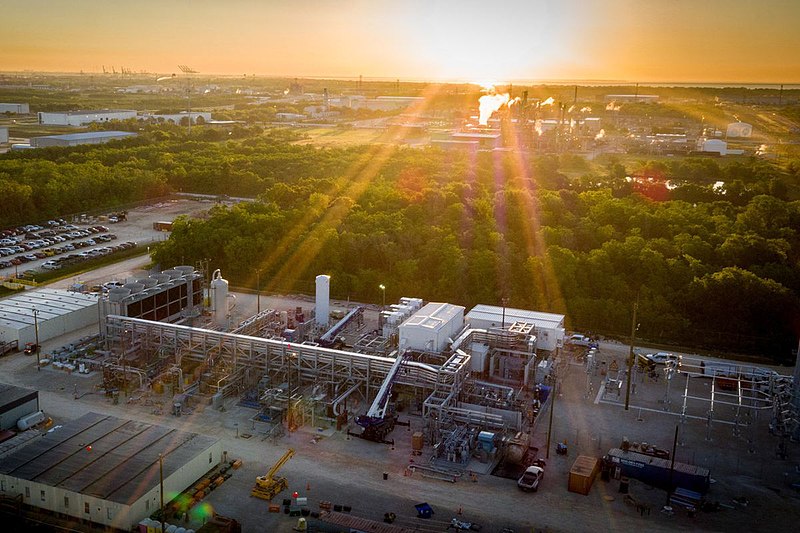 The race to net-zero emissions is an uphill one. Despite the effects of climate change mounting and time running out, global energy demand is set to grow 50 percent by 2050 (the target year to reach net-zero in order to stay at or below 1.5°C of warming). Even in the most ambitious decarbonization scenarios, natural gas demand is projected to increase, particularly in developing countries. One solution to decarbonizing the global energy system while also meeting rising natural gas demand is carbon capture, utilization, and storage (CCUS). In power generation, CCUS technologies can capture CO2 emissions from a power plant and store or use them, preventing the greenhouse gases from contributing to climate change. Modeling shows that, without CCUS deployment, meeting climate commitments becomes far more expensive at best, and impossible at worst. However, CCUS has historically been too expensive to be viable, and deployment remains far off track.

Enter the Allam Cycle: a novel natural gas power plant design that can theoretically capture 100 percent of emissions while being cost- and efficiency-competitive with advanced natural gas plants that have no carbon capture capability. The cycle captures all CO2 emissions and diverts a pure output stream into a pipeline for sale or storage, while avoiding most or all water costs and using a fraction of the space of standard natural gas plants. If successfully deployed at scale, the technology could provide cost-competitive, reliable, and clean load-following electricity—the white whale of energy security. One company that employs the cycle, NET Power, has constructed a 50 megawatt (MW) demonstration plant in Texas that is up and running, with plans to bring a full-scale 300 MW plant online in 2022.

Efficiency—the percent of energy inherent in the fuel that is converted to electric power—is the key measure of performance for natural gas plants, because it has enormous impact on cost (the lower the efficiency, the more natural gas you need to generate the same output). Rodney Allam, creator of the Allam Cycle, estimates that plants equipped with his technology can hit efficiencies of 59 percent while capturing 100 percent of the carbon dioxide generated—compared to 62 percent efficiency at the most efficient combined-cycle gas turbine plants (CCGTs), which capture no emissions. Carbon capture-equipped CCGTs cut that efficiency to 48 percent, and they only capture about 90 percent of CO2 emitted while still releasing CO, NOx, and other harmful pollutants into the air—in fact in higher quantities because of lower fuel efficiency.

But the key question for the Allam Cycle—and for carbon capture writ large—is what to do with the carbon after it has been captured, both in transporting and using it. Most captured carbon is currently either sequestered underground, utilized for enhanced oil recovery (EOR), or used as an input for industrial production. The potential for captured CO2 in industry is growing all the time: companies are pioneering new ways to use CO2 in concrete and cement production, fertilizer production, and even durable carbon markets like carbon fiber. Cement and fertilizer are particularly important industries in developing countries—where urbanization drives cement demand and large agricultural industries boost fertilizer demand.

How to transport the captured carbon remains problematic, however. Allam claims that “plants can export to the large network of CO2 pipelines already in existence in the US,” and that “broader adoption of the Allam Cycle would justify and motivate the development of these pipeline networks in other regions.” Indeed, approximately five thousand miles of CO2 pipelines already operate in the United States, primarily for use in EOR, but that is far from enough to support broad deployment of CCUS. A study of potential CO2  pipeline costs in the United States found that without public financing, a pipeline network would not be viable, but with full government support, the network could capture thirty million tons per year. Further, over 90 percent of existing CO2 pipelines are in the United States—building a network in countries with weaker government support and less pipeline development experience could prove far more difficult. In the short term, those issues could seriously constrain the technology’s viability in the markets that need it most.

One potential solution would help CCUS gain traction internationally: co-locating the power plant with both the supply and demand markets. On the supply side, Allam Cycle plants could be coupled with liquefied natural gas (LNG) regasification terminals in Asia and around the world to mitigate the need for gas delivery—which could also boost efficiency to about 67 percent if LNG is used as an adjacent coolant. On the demand side, co-locating an Allam Cycle plant with an industrial facility that uses CO2 could eliminate the need for long distance CO2 pipelines altogether. The potential construction of an Allam plant co-located with an LNG terminal or with an industrial complex—or with both—is far down the road for the technology. It would likely be expensive but also highly efficient and potentially reduce other infrastructure needs.

Policy support is the other solution. The US government’s expansion of the 45Q tax credit for carbon dioxide storage in 2018 should spur the market for captured CO2 and improve the economics of carbon capture in general. Similarly, state energy portfolio standards can be written to include all zero-carbon resources and thus catalyze CCUS deployment along with renewables (Such as California’s SB-100). More technology-neutral incentives worldwide will accelerate emissions reductions and allow emerging technologies to benefit from the incentives even if they do not qualify as “renewable.” But the political issue of pipelines is far different, with liberal politicians who support climate action unlikely to support pipeline construction. In the short term, then, companies using the Allam Cycle should look to expand along existing CO2 pipelines in the United States and work with industries that utilize captured CO2 to co-locate and eliminate the need for large pipeline infrastructure—especially in developing countries with growing energy demand.

The potential for emissions-free, load-following electricity is enormous: it would be the ideal partner to renewables and would consequently bolster their deployment. Power plants equipped with the Allam Cycle or other CCUS technologies could be that partner. The economics and technology need to work at scale, and the technology needs some policy support to achieve viability, but this is a moon shot that just might pay off.

David Yellen is a project assistant at the Atlantic Council Global Energy Center.

More by this author

The Chinese export we should be targeting: Climate change

The Trump Administration’s trade war with China has aimed to reduce the trade deficit, but the volleys of tariffs between the US and China have impacted industries from railways to energy, and even required an aid package to keep the agriculture industry afloat. However, US trade policy should instead focus on a more menacing and enduring Chinese export, one that it does not send to the United States but whose emissions […]