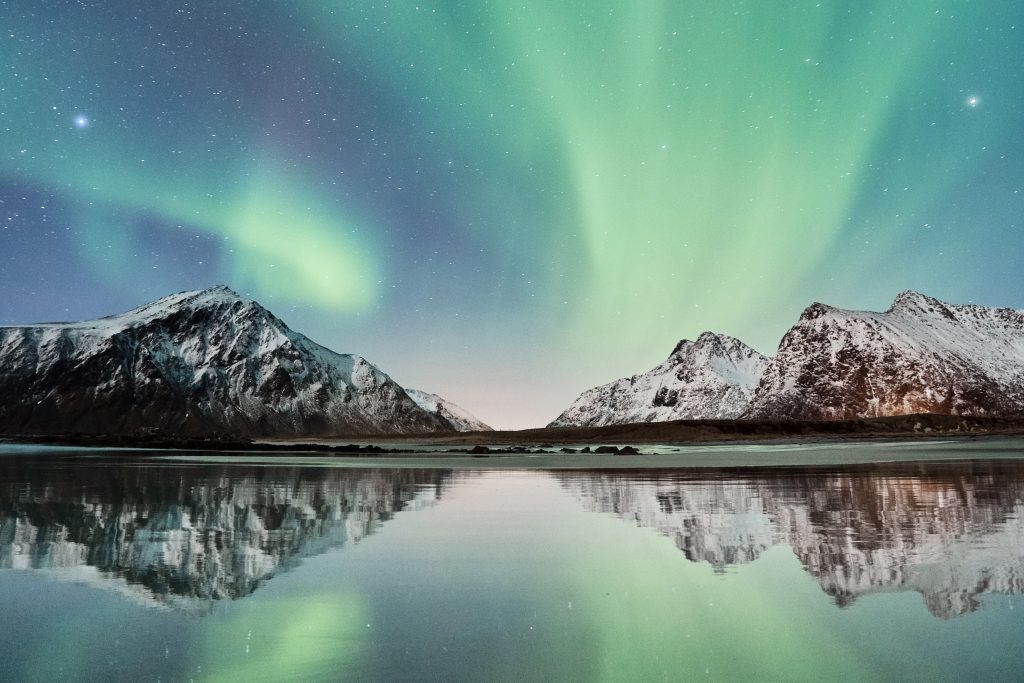 Exploration wells are usually drilled to prospect oil and gas reserves. Yet, for the first time ever, at the end of 2019, testing began in the North Sea not to dig for natural resources but to bury CO2. Project partners Shell and Total, along with operator Equinor—looking to unlock large-scale emissions reductions—have recently commenced assessing a reservoir’s suitability to store CO2 underground. The drilling of this exploratory well marks a major milestone for Northern Lights, a carbon capture and storage (CCS) project backed, in part, by the Norwegian government.

Norway has long been a leader in CCS, as it is home to Europe’s two large-scale geologic storage projects and state-of-the-art testing facilities. Recognizing that climate change is a transnational problem than can only be mitigated through propelling innovation for the global good, Norway seeks to accelerate CCS deployment through targeted projects like Northern Lights. The approach is laudable and promising; in the past, government leadership on deploying clean energy tech—like Germany for solar—has enabled investment, learning, and cost and emissions reductions globally.

Indeed, Northern Lights is set to bolster European and global carbon capture innovation, accelerating climate progress. It exemplifies the next wave of CCS facilities planned globally, focusing on scale and decoupling the capture, transportation, and storage of CO2. In fact, many new projects in the planning stage focus on multiple emitters sharing storage and transportation infrastructure, allowing different entities involved to focus on their core expertise, as well as reducing cost and risk. Northern Lights would also establish the first large-scale CCS facilities in waste-to-energy and cement, industries overlooked in climate efforts but whose decarbonization is crucial. Envisioning an offshore CO2 storage hub for Europe, the project is set to unlock investment in carbon-cutting initiatives across multiple European countries. As it is both open-source and open-access, the lessons learned in this endeavor could become a catalyst for global carbon capture technology diffusion.

CCS is able to reduce both the flow and the stock of CO2 and is expected to be necessary to deliver net-zero emissions by mid-century. The International Energy Agency (IEA) reckons that, to meet climate goals, more than two thousand facilities will need to be operating by 2040. Today, there are nineteen large-scale CCS facilities. CCS projects are capital-intensive and, with the technology not widely deployed, projects struggle to access affordable financing. As such, government support is key to overcome the technological valley of death. However, new and reformed supportive policies globally have led to an uptick in the number of projects being planned over the past two years.

CCS is a key decarbonization technology for industries such as fertilizer, cement, steel, and hydrogen production, among others. About a quarter of global emissions stem from industry—a share roughly constant since 1990, a signal of the rigidity of the sector. With demand for industrial products linked to economic and population growth, the sector’s emissions are set to increase. To reach scale, first-of-a-kind facilities, like the ones planned in Norway, are urgently necessary.

Cement production, which accounts for about eight percent of emissions, is complex to decarbonize as the high temperatures required in the process cannot be easily produced by switching to zero-emissions electricity. And approximately 65 percent of its emissions stem from chemical processes, irrespective of the source of electricity. The lifetimes of industrial assets also span multiple decades, a reality which risks locking in emissions levels.

Other than smaller pilot projects and two proposed large-scale facilities in India and the United States, CCS has not been applied at scale to cement. Hence, the Norwegian facility aiming to capture roughly 400,000 tons of CO2 per annum while producing 1.2 million ton of cement demonstrates important technology development—the capture process is supposed to be catalyzed by the residual heat, boosting efficiency.

Waste production is a similarly pressing issue, as more than 70 percent of waste is either dumped or landfilled, accounting for around five percent of global emissions. Waste is also expected to increase by 70 percent, from 2016 levels, by 2050. Equipping waste-to-energy plants with CCS, like the Fortum plant outside of Norway’s capital Oslo, not only reduces emissions but offers a pathway to deliver negative emissions, depending on the ratio of biogenic to non-biogenic waste. With net-zero emissions constituting the goal post, negative emissions are becoming increasingly important, as there are sectors like aviation that might never be fully decarbonized. Indeed, adding CCS to capture around 400,000 tons per annum of CO2 is set to shift the facility from producing 20 percent of the city’s emissions to delivering negative emissions.

A key piece for the success of CCS is finding a viable business model for CO2 infrastructure and storage. Initial investment in CO2 infrastructure with excess capacity can unlock greater investment in capture, capitalizing on economies of scale and risk reduction. In Europe, offshore storage avoiding onshore public opposition has gained traction. At the same time, third-party CO2 storage solutions enable project participants to focus on their core competencies. Through providing infrastructure and storage, Northern Lights lays a path for CO2 capture across Europe.

Initially, Northern Lights is expected to commence with a maximum of 1.5 million tons per annum (mtpa) of CO2 from the two plants in Norway. The CO2 would be shipped to an onshore terminal from which it would be piped to subsea wells. In a second phase, the project would receive up to 5 mtpa of CO2 from CCS hubs across European countries, mitigating both potential lack of local storage and acceptance issues, while reducing risk and creating a business model around CO2 disposal.

Northern Lights celebrated multiple successes recently. In September, seven companies from various industries joined the project via memoranda of understanding (MoUs), proving that first movers willing to shoulder risk can attract further participants. A major hurdle posed by the London Protocol, forbidding the cross-border transport and export of CO2 for geologic storage offshore, was also lifted in October. Finally, Northern Lights was designated a Project of Common Interest (PCI) by the European Union (EU), making it eligible for expedited permitting and EU funds, highlighting the importance of the project in the context of European decarbonization.

Next steps hinge on the well in the North Sea proving conducive to CO2 storage. Realization also depends on positive investment decisions by the three companies involved and the Norwegian government. If positive, Northern Lights could be operational as early as 2023.

Northern Lights is of utmost importance from a climate perspective; it shows that pioneering CCS projects through harnessing and optimizing public-private partnerships can draw in new actors who can share decarbonization knowledge. It also aligns innovation progress for the global decarbonization of hard-to-abate sectors with local infrastructure needs and risk-mitigation. As such, Northern Lights would not only be the key to further CCS success in Europe, it could also leapfrog global CCS development and deployment. So, let’s hope for a successful drill in the North Sea.

Lee Beck is a Women Leaders in Energy fellow at the Atlantic Council’s Global Energy Center and is the senior advisor for advocacy and communications at the Global CCS Institute. You can follow her on Twitter @_Lee_Beck