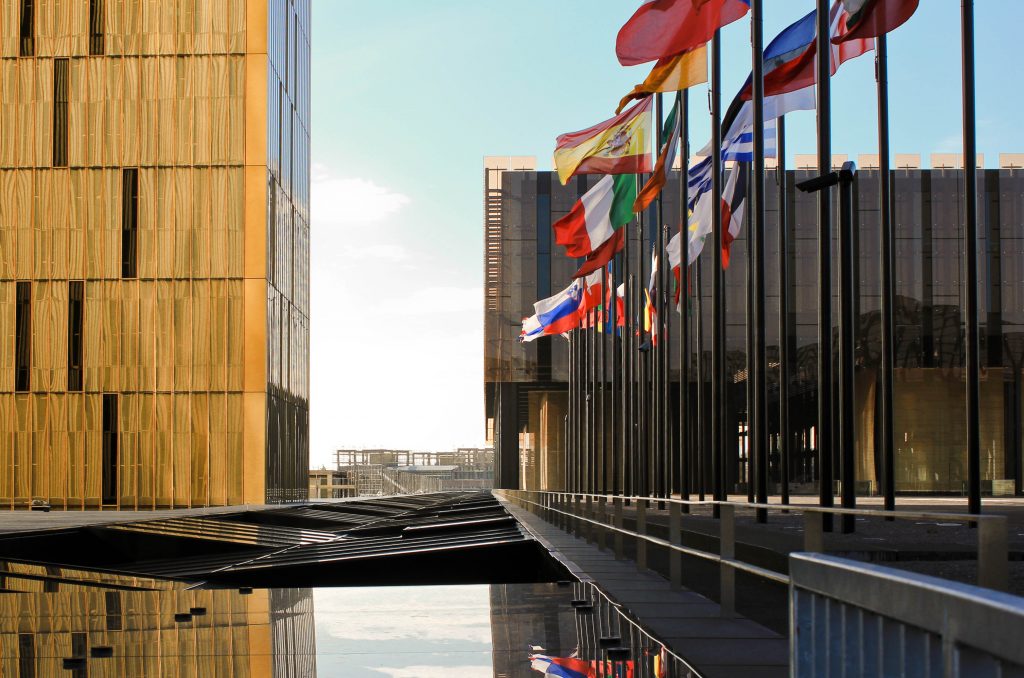 The recent decision by a panel of the European Court of Justice (ECJ) to limit Gazprom’s use of Opal, an onshore pipeline in Germany, has been the subject of much commentary given its possible implications for Gazprom’s use of both Nord Stream 1 (NS1) and Nord Stream 2 (NS2), as well as the extent of Gazprom’s reliance on Ukraine for gas transit to Europe. In upholding a Polish challenge, the ECJ overturned the European Commission’s approval of an earlier decision by BNetzA, the German regulator, permitting Gazprom to use almost all the capacity of the Opal pipeline, the onshore continuation of NS1. The ECJ held that the Commission breached the principle of energy solidarity by not assessing whether BNetzA’s decision “might undermine the interests of other Member States in the field of energy.” The immediate impact of the ECJ decision, which is subject to appeal to the full court, will result in Gazprom’s losing 12–13 billion cubic meters per annum (bcma) of capacity in Opal. As a result, Gazprom may have to increase transit flows through Ukraine, at least in the short-term, to satisfy contractual obligations to European buyers.

Less clear are the longer-term impacts of the ECJ decision on the future of NS2 and Eugal, its onshore connection. If the decision is interpreted broadly to mean that energy solidarity must be considered in all capacity allocation decisions, Gazprom’s access to Eugal, and therefore its ability to fully utilize NS2, could also be constrained. In the case of Opal, the ECJ was dealing with a third party access exemption, rather than a market-based capacity allocation such as that outlined in the European Union’s (EU) 2017 Capacity Allocation Regulation. For now at least, BNetzA has taken the position that the Opal decision does not affect Eugal, which did not involve a third party access exemption and instead utilized capacity allocation principles later adopted in the 2017 Regulation. Beyond any direct impact on Eugal, of course, the ECJ decision may also impact how the extension of the Commission’s Gas Directive, approved earlier this year, will be applied to NS2, i.e., whether the concept of solidarity must be applied to capacity booked in NS2.

It should be noted that the ECJ decision did not find that permitting Gazprom access to virtually the full capacity of Opal actually violated the principle of energy solidarity, only that the impact on Poland and other EU member states caused by allowing full access was not considered. While it is unlikely the Commission will appeal the ECJ decision, it is possible that BNetzA could now reevaluate its earlier decision to allow Gazprom greater access to Opal and find no significant impact on Poland (and perhaps other states). After all, Poland plans to stop buying Russian gas when its current long-term contract ends in 2022, which suggests that its energy security is decoupled from NS2, and Gazprom’s ability to use most of the capacity of Opal over the past few years did not impact Poland’s gas imports from Russia via the Yamal pipeline or the revenues it earned from transiting Russian gas to Germany via that same pipeline. Poland may have not been adequately consulted, but neither its energy nor economic security appears to have been harmed by the earlier decision.

While industry observers continue to debate the long-term impact of the Opal decision, the clock is running on efforts to maintain transit through Ukraine after December 31, 2019, when the current Ukraine-Russia transit agreement expires. Trilateral (Ukraine/Russia/EU) negotiations are continuing, with the most recent round taking place in Brussels on September 19. From all reports, Ukraine, with EU support, is holding out for a long-term agreement with significant minimum transit volumes (a ten-year, 60 bcma agreement has been proposed by the Commission). Russia has apparently countered with a proposal for shorter-term bookings according to European standards (or alternatively, a one-year extension of the existing agreement), with an additional precondition that Ukraine drop any claim to billions of dollars of compensation awarded under the arbitration decisions arising from the 2009 Russia-Ukraine gas purchase and transit agreements.

While negotiations continue (the next round is scheduled for October 28), the question naturally arises as to the potential impact of the Opal decision on the relative negotiating leverage of the parties. It’s been clear for some time that Gazprom will require substantial volumes of transit through Ukraine for at least the next few years due to delays in the implementation of NS2 and the fact that the onshore extension of the second line of TurkStream (TS2) beyond Turkey will not be completed any time soon (assuming Turkey does not agree to purchase significant volumes from TS2). In fact, even with NS2 and TS2 fully operational, Gazprom would need some transit capacity through Ukraine due to seasonal fluctuations in European demand, off-peak filling of European underground gas storages, and pipeline maintenance requirements (typically, NS1 shuts down for two weeks during the summer for annual maintenance, and flows through Ukraine spike to make up for the lost capacity). If Gazprom needs to compensate for the loss of Opal capacity due to the ECJ decision, its Ukraine transit requirement will presumably be increased by the amount of that loss.

If the parties maintain their current negotiating posture, there is a good chance they will reach the end of the year deadlocked, and the struggle then becomes a public relations contest. Ukraine will argue that it needs a long-term agreement to justify the associated investment required to maintain its gas transit system (GTS), while Gazprom will argue that its offer to continue to book capacity on a short-term basis is reasonable and in line with European practice. Gazprom will be hoping that the EU, fearful of the impact of a complete cut-off of transit from Russia to Europe via Ukraine, will put pressure on Ukraine to make concessions to keep the gas flowing. In the event of a deadlock, it’s hard to calculate how the loss of Opal capacity due to the ECJ decision (relatively small in the context of total Gazprom exports to Europe will impact the outcome of the transit negotiations. It may slightly increase Gazprom’s leverage, since a cut-off of Ukraine transit would have an even larger impact on Europe if Europe depended on larger volumes of gas imports via Ukraine, thus potentially adding to European pressure on Ukraine to reach a deal. In the event of a stalemate and cut-off of transit January 1, 2020, one could even foresee a quick decision by the Commission to again allow Gazprom access to the full capacity of Opal to partially mitigate the impact of a disruption in flows across Ukraine. Alternatively, faced with the potential long-term loss of capacity in Opal and the danger that the ECJ decision may result in limitations on NS2 and Eugal, Gazprom may feel more pressure to commit to larger volumes of gas transit via Ukraine over a longer period of time.

Daniel D. Stein is an independent energy analyst who previously served as senior advisor in the State Department’s Bureau of Energy Resources.

Image: Outside the European Court of Justice building, Luxembourg (photo by katarina_dzurekova/Flickr).