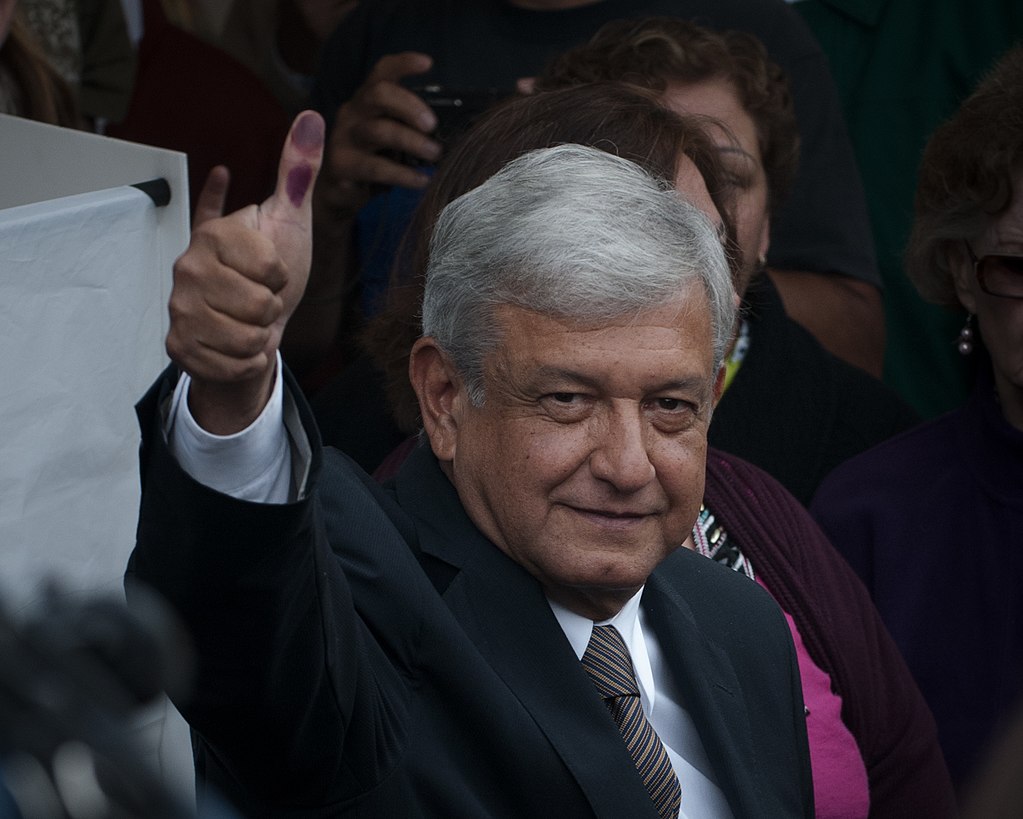 Mexico’s historic and successful energy reforms are at risk in its upcoming Presidential elections. The leading candidate for the Presidency, Andres Manuel Lopez Obrador, referred to as AMLO, of the Morena party, has recently doubled down on his critiques of the reforms. He has pledged to review existing oil contracts, indicated he would require national oil company Petróleos Mexicanos (PEMEX) to refurbish six and construct two new oil refineries, and demanded that the current administration suspend the next two bid rounds if he wins the election. He has also committed to end oil exports by the middle of his term (approximately early 2022), in theory to maximize the value of Mexico’s natural resources for the state.

While strident, AMLO’s rhetoric has often been dismissed as campaign talk. For example, AMLO has opposed the current contracts and then deemed them satisfactory. He is also up against strong headwinds, as the reforms were driven by fundamental economic reasons that have not changed and the constitutional nature of the reforms makes them irreversible.

The economic drivers are several. State-owned oil company PEMEX lacks the capital and technology to develop deep water or unconventional resources. Mexico’s existing production is in deep decline. The government need not take the risk of investing taxpayer funds in oil exploration when private capital will assume that risk and pay the government taxes and royalties. Meanwhile, this is an opportunity for PEMEX to modernize and learn by partnering with other companies while husbanding scarce capital for investments with potentially high returns.

Conventional wisdom argues that the constitutional nature of the reforms means that AMLO would need the approval of two-thirds of both chambers of the national legislature (now controlled by the Institutional Revolutionary Party (PRI) and National Action Party (PAN)). Additionally, he would need a majority of the state legislatures to back his efforts in order to reverse the reform. The likely makeup of his congress suggests that this is a highly improbable outcome based on current polling and expert forecasts.

Finally, logic would suggest that AMLO wants money for social programs and other commitments. He cannot secure those funds while scaring off upstream investment. So far the reform has earned the government $525 million in cash bonuses thus far in 2018, and hundreds of billions in other investment. Mexico’s energy ministry estimates the national will reap at approximately $150 billion in total investment over the life of all new contracts. Will he really want to use government funds to reinvest as much as $8 billion to build new refineries when PEMEX’s refining output was at its lowest in 27 years in 2017?

However, regardless of the conventional wisdom, AMLO may mean what he says. The reality is that a Mexican president has great latitude to undermine the reforms without new legislation. Americans can well attest, based on our own Presidential politics, that governments are not always rational actors. If elected, a President Lopez Obrador could put a halt to offering new areas for oil and gas exploration. He could also use his authority on the board of PEMEX to push it into refining or experimenting in areas beyond its skill, like unconventional gas exploration. Local content requirements can be raised in ways that make investment uncompetitive. The provisions in existing contracts, many remnants of intrusive production or risk sharing contracts, could slow decision making and raise the cost of operations. Mexico’s newly opened electricity markets could be effectively closed to new entrants by pushing the still dominant Comisión Federal de Electricidad (CFE) to crowd out new entrants.

AMLO’s prospective energy minister, Rocio Nahle, has said that “public consultation” on the reforms should have occurred before their enactment. As we have seen with Brexit, it is hard for politicians to oppose asking the public for its opinion. The public can be manipulated into thinking they are voting for lower energy costs when they may, in fact, be voting for shortages if a public consultation is sought in the future. AMLO aside, it is nearly certain that the investor state dispute resolution (ISDS) mechanisms provided by the original North American Free Trade Agreement (NAFTA)—which have protected and incentivized foreign oil and gas industry investment in Mexico post-2013—will not survive 2018, either because NAFTA lapses or because it is dropped in the end game of a NAFTA negotiation.

Either way, AMLO’s rhetoric is likely to have a chilling effect on new energy investment until the election and might produce a real freeze if he is elected. Current contracts would be honored, but future growth would likely plateau. Brazil, which has lowered local content requirements and dropped a requirement for Petrobras operatorship, would be the immediate beneficiary by offering known geology, high quality producing assets, and a solid record of respecting contracts. Mexico’s competitive position, as an investment destination close to the United States that could offer reliable and cost-competitive electricity for new manufacturing, would be eroded. And the likelihood is that the cost of petrol and power would go up while the value of the peso goes down.

None of this is necessary. Lopez Obrador could easily reap the fruits of President Peña Nieto’s hard labor by presiding over the period where the energy reforms deliver increased production, more upstream investment, an expanded gas pipeline network and cheaper and more reliable electricity. He could make NAFTA’s investor protections irrelevant by supporting third party arbitration for major investments. Or, like his neighbor to the north, he can choose instead to return to the economic policies of the 1930s. Either way, AMLO has thrown down the gauntlet on the energy reforms. This July’s election will decide the future direction of Mexico’s economy, not just its energy framework. For their sake and for ours, let’s hope the Mexican people choose wisely.