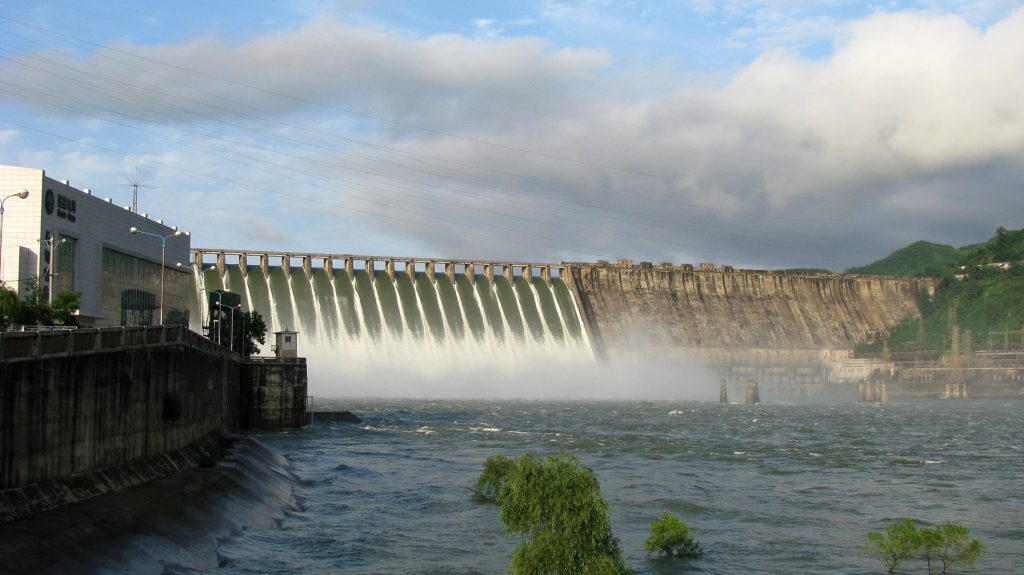 It is no secret that North Korea is a country starving for energy, with satellite footage of the country after dark showing an ink black nation with few bright glows. However, North Korea was not always the struggling country we know today. After Japan lost World War II and withdrew from the Korean Peninsula, the Soviet Union (USSR) and United States partitioned the peninsula across the 38th Parallel. The USSR backed the North while the United States supported the South. This remained the case after the 1953 armistice was signed, permanently halting the Korean War. With North Korea’s strong relationship with the Soviet Union, the former flourished during the Cold War with heavy patronage from the latter.

However, with the collapse of the USSR in 1991, North Korea lost its patron. This upended economic subsidies and, most importantly, halted subsidized oil imports. The North Korean regime had to devise a way to meet its ever-growing energy demand without benefaction. And with belief in Juche, an austere political ideology based on self-reliance, the Kim regime dictated that North Korea must find its own way to give power and energy to its people.

As of 2017, the CIA factbook reported 19 million North Koreans were without electricity, and 36 percent of urban areas were electrified as opposed to 11 percent of rural areas. Pyongyang is the brightest spot that lights up the nighttime sky. The North Korean capital outpaces both other urban areas and rural farming zones in energy usage. This situation is somewhat surprising, since, even though there are no known natural oil or gas deposits in North Korea, there are large and accessible coal mines and plenty of rivers suitable for hydroelectricity.

The easiest way to make a hydroelectric plant is to find a river big enough to dam and to situate the plant right on top of it. After damming the river, water is then released from the now available reservoir to spin the generator turbines, thereby turning the potential energy into kinetic energy. The Chongchon River is a perfect example. The river has been molded into a tiered system of dams and reservoirs that feed the Huichon Power Stations.

However, such plants require upkeep to combat normal wear and tear. Recent climate issues in the past two years—extreme cold in the winter (which is common to the region) followed by two extremely hot summers (caused by climate change)—escalated infrastructure breakdown. Climate change-induced droughts have also decreased the size of rivers and therefore caused them to produce less force and output. The drought in 2015 caused rivers that had been producing 13 billion kilowatt hours (BkWh) of electricity annually for ten years to draw down to 10 BkWh annually.

North Korean leadership is aware of its energy crisis. In his 2019 New Year’s address, Kim Jong Un confronted this boldly, saying, “[w]e should take the problem of easing the strain on electricity as an undertaking of the whole state, step up the construction of hydroelectric power stations including Orangchon and Tanchon power stations and create a capacity for generating tidal, wind and atomic power under a far-reaching plan.” Here, the supreme leader is telegraphing his energy policy and signaling to the world that he is looking for new ways to provide for his country. But production of new plants is costly, especially in a floundering economy.

This speech directly mentions “atomic power”—also known as nuclear power. Nuclear power is a relatively safe, cheap, and clean form of energy. However, experts say that North Korea is not using its nuclear programs for energy. Although Russia did offer North Korea a nuclear power plant in late 2018 to try and restart disarmament conversations, the transfer was unsuccessful.

Kim then dove straight into the importance of coal, saying, “[o]nly when coal is mass-produced can we resolve the problem of electricity and satisfy the demand for fuel and power for different sectors of the national economy.” Coal is integral to the North Korean energy conversation by virtue of there being billions of tons of it. The Nautilus Institute estimates there are 15 billion minable tons of anthracite and lignite within North Korean boarders.

Historically, North Korea exported coal by the boatload to its top economic supporters: Russia and China. However, due to increasing sanctions by the United Nations (UN), China and Russia are taking fewer coal exports. With fewer  external options, North Korea is trying to find a way to use a resource it has domestically to serve its population. This is where gasification—the process by which coal is transformed into synthetic natural gas (SNG)—comes into play.

This process not only turns coal into a more usable source but also an element that is easier to transport and provides more energy security to this strapped nation. However, coal gasification produces more CO2 than a traditional coal plant and is also more reliant on water. China has had success with this process and provided North Korea with the gasification technology. A large coal gasifier can produce 40,000 cubic meters of synthetic gas, which is about 10 percent of North Korea’s annual imports of crude and refined oil. This is a huge boon for the country and a way to skirt UN sanctions on imported oil.

However, relying on gasification presents a tradeoff. Theoretically, with gas being easier to transport than coal, gasification would be an economical way to bring energy sources to rural areas—a positive short-term gain. However, long-term, gasification is worse for the environment and will help accelerate climate change.

North Korea needs energy, that much is clear. But when all the options present their own set of flaws, the best answer seems still to be elusive.

Halley Posner is finance coordinator for the Bulletin of the Atomic Scientists. You can follow her on Twitter @HalleyPosner