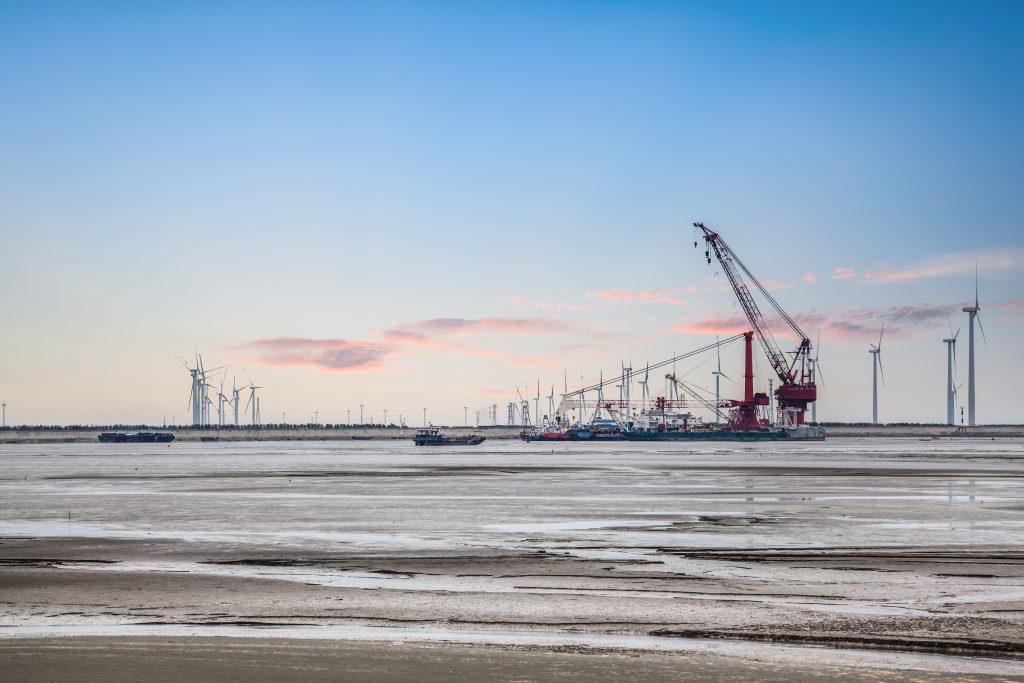 The White House just released a plan to “jumpstart” the offshore wind industry in the United States, as one of the major catalysts to fulfill then-candidate Joe Biden’s campaign promise to boost the energy transition and create ten million clean energy jobs in the process. Within the first week of his presidency, President Biden issued an executive order that outlined jobs as a central pillar to developing clean energy. His administration is adamant that a sustainable energy transition and his “Build Back Better” plan must support job creation and specifically, union labor. Offshore wind is especially well-positioned to fit this mission for reasons beyond its growth potential and role in decarbonization. Due to offshore wind’s labor-intensive manufacturing, transport, and operation, abundant job opportunities exist across all wage levels and aspects of the offshore wind development and deployment value chain. As the United States faces an economic crisis that has cut employment in the national workforce at a devastating rate, especially for Black, Latino, and women workers, offshore wind expansion could provide job opportunities for those communities hit hardest by the pandemic and set the country on a path to economic recovery.

Unions and offshore wind companies both derive respective benefits from working together and such a partnership could serve as an influential example in the development of other opportunities for union work across the clean energy sector, which has received skepticism from labor groups due to lower wages and unionization rates. Companies like Ørsted have project labor agreements for all onshore construction work, including the laying of cables, construction of substations, and grid integration. The expansion of ports and piers for transporting large offshore wind turbine blades will also employ union labor. As the offshore wind industry matures in the United States, the benefits will extend as far as steel manufacturers in Kentucky to ship builders in the Gulf of Mexico.

Offshore wind, with recent innovative technological developments and currently untapped potential in the United States, presents a timely opportunity for low-carbon energy development and job creation. According to American Clean Power (ACP), fifteen active commercial leases can reach 30 gigawatts (GW) of offshore wind capacity, create $25 billion in economic output, and support 83,000 jobs by 2030. In the recent White House announcement, the US Departments of Interior, Energy, and Commerce stated that the US will deploy 30 GW of offshore wind capacity by 2030, which aligns with ACP’s projection. The Bureau of Ocean Energy Management also will open up a new lease sale in late 2021 or early 2022 between the Long Island and New Jersey coasts, which will bring “tens of thousands of good-paying, union jobs” over the next decade.

The European offshore wind industry is a testament to the cross-sector opportunities offshore wind development offers. For example, there are over 70,000 jobs in countries such as the Netherlands, Belgium, and Portugal that range from steel and concrete manufacturing to turbine maintenance and operations, with employment numbers expected to jump to over 200,000 by 2030 as the industry matures. In Europe and the United States, employing union labor is a critical pathway to filling these jobs across the offshore wind supply chain, particularly given unions’ access to workers that have a range of skill levels and their ability to train and mobilize labor to execute these jobs efficiently.

As companies in sectors across the country establish and embrace clean energy goals, an important trend is developing: unions are moving forward with union-company agreements for the first time. Such partnerships can ensure opportunities for union labor, provide necessary skills training, set high safety standards, and promote a more diverse workforce. For example, Ørsted announced a partnership in 2020 with North America’s Building Trades Unions (NABTU) to help union workers develop the unique skills necessary for offshore wind employment. Additionally, the Labor Energy Partnership, chaired by Ernest Moniz, former Secretary of Energy and current President of the Energy Futures Initiative, and Richard Trumka, president of the American Federation of Labor and Congress of Industrial Organizations, is working to create a pipeline for union workers to enter the offshore wind sector and ensure they earn an just and living wage.

Other union labor and offshore wind company partnerships at different stages of the supply chain are already showing signs of success. Dominion Energy announced on January 29, 2021, that the company would be collaborating with three labor unions—the Virginia State Building and Construction Trades Council, the International Brotherhood of Electrical Workers, and the Laborers International Union of North America Mid-Atlantic Region—to negotiate a project labor agreement for the onshore power interconnection work as part of the first stage of their Coastal Virginia Offshore Wind project. Vineyard Wind, a joint venture of Copenhagen Infrastructure Partners K/S and Avangrid Inc., is likewise negotiating a project labor agreement with the Massachusetts Building Trades Council to ensure opportunities for local skilled labor. This agreement will include a high voltage and fiber optic training program for local union workers at the International Brotherhood of Electrical Workers’ training site in Taunton, Massachusetts. Workforce development is a critical part of the success of the burgeoning offshore wind industry because the required skills and safety standards are different than traditional job requirements onshore.

State and federal government agencies are also working to promote workforce training in offshore wind and are making strides to ensure equity and diversity in clean energy employment. For example, New Jersey is investing in innovative ways to provide skills training at varying education levels, such as reaching out to statewide community colleges and education networks. The New York State Energy Research and Development Authority has also launched the Offshore Wind Training Institute, which will train 2,500 workers for skills needed to support the national offshore wind industry. In addition, New Jersey is leading the way to support diversity and inclusion in the offshore wind industry by requiring that 15 percent of the contract value of its new offshore wind port construction go to local women, veteran, and minority-owned businesses. Unions also see workforce development as an opportunity to advance equity; part of the NABTU-Ørsted partnership includes a workplace apprenticeship program directly aimed at recruiting a diverse labor force. And a bill that just passed through the US House of Representatives requires that, for companies to be eligible for a tax credit, they must provide prevailing wages—which may be higher than the state or federal minimum wage—and a project labor agreement.

ONLINE EVENT – A panel of public and private sector experts discusses the prospect for offshore wind development amid a post-pandemic clean energy recovery.

Image: Construction of an offshore wind farm at the shoal near the shore (Chuyuss/Shutterstock).