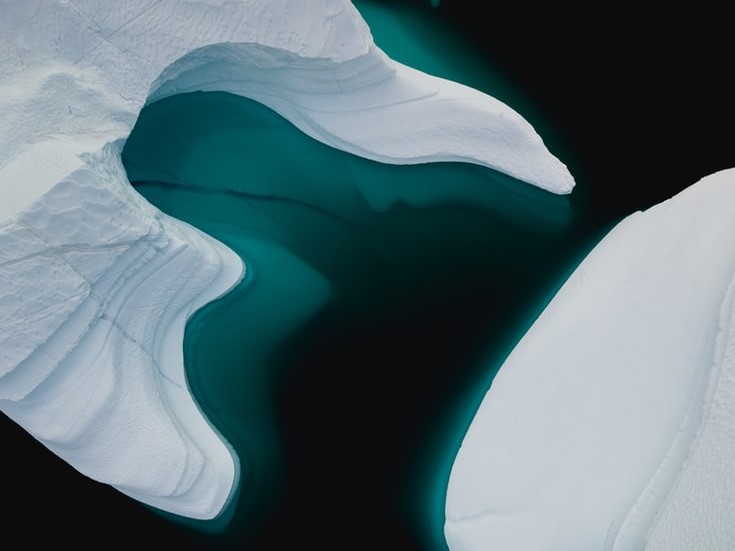 It was a good summer for those hedging their bets on hydrogen as the next big thing in energy production, storage, and conservation. The recent US Bipartisan Infrastructure Deal declares hydrogen to be a “comprehensive part” of the American energy mix and devotes billions to applied research in this field. And as seen at COP26, hydrogen has also been the focus of discussion across the world. China´s hydrogen demand has exploded over the past year, and India is looking to become a global player in hydrogen production. The United Kingdom recently launched its Hydrogen Strategy, aiming to replace hydrocarbon-based energy sources with the cleaner energy source. Such language conjures images of hydrogen-fueled sports cars, comprehensive pipeline transport, enormous hydrogen storage tanks, and power plants that have no byproduct except warm water. Many of the current hydrogen energy production technologies are likely to become affordable, scalable, and efficient energy means in the medium term. But while hydrogen looks to be an important part of net-zero energy mixes globally, its potential is especially exciting in low-density communities and fragile ecosystems like the Arctic, where the harsh effects of fossil fuel-induced climate change are most acute.

An important first step to solving these issues is understanding what hydrogen can provide in terms of energy.  It can be used directly as a fuel (i.e., burned instead of oil and gas for continuous electricity production) or as a means of storing energy. It can easily be paired with zero-emission power generation and produced by electrolysis, the process of splitting water into hydrogen and oxygen using electrical currents. If hydrogen is obtained via this process, it is considered “green” or “pink” (depending on whether it was produced by renewable generation or by nuclear energy). Most hydrogen is currently obtained as a byproduct of fossil fuels, a quite polluting process, and is referred to as “blue” or “black”, the former is produced from fossil fuel with carbon sequestration processes, the latter produced via the gasification of coal. Ideally, hydrogen would be obtained by electrolysis with electricity from renewable sources. Hydrogen can then be pumped into pipes for transport to gas users as part of the broader energy mix, while excess hydrogen can be stored for later use.  This is especially important in the Arctic, where long and dark winters limit solar generation; storing excess power in the form of hydrogen would ensure steady supply through the colder months, while complementing wind power generated during Arctic winters.

However, hydrogen use is not without its drawbacks and pitfalls. Simply substituting hydrogen in for gas is a daunting option, requiring significant investment and manpower to replace the entire gas infrastructure. Additionally, burning hydrogen instead of gas still produces some toxic nitrogen oxides, though insignificant in comparison to natural gas or oil. Further, using hydrogen as seasonal energy storage comes with its own concerns. It would require large quantities of filtered water, which could affect already fragile freshwater supply chains or even damage whole ecosystems. Nevertheless, it is positive that governments are financing research into efficiency improvements, such as materials and procedures that make electrolysis less energy-intensive. A less energy-intensive route for hydrogen production will have multiple benefits across society, including in regions disproportionately affected by climate change, such as the far North. At present, methods currently used for producing energy are still overwhelmingly reliant on hydrocarbons. When hydrocarbons are burned, they produce toxic byproducts including gaseous emissions and black carbon (or unburned hydrocarbon) particles large enough to be seen by the naked eye. In places such as the Arctic, the effects are immediately visible, negatively affecting Arctic ecosystems and communities. Black carbon can cover the Arctic snow, poisoning the local flora and fauna, increasing the rate of snowmelt, encouraging heat absorption, and accelerating the process of global warming and climate change. And though this can be countered in part by already well-established means of relatively cheap, carbon-neutral energy generation, such as solar, wind, and hydro, these means are not perfectly suited to the Arctic context.

But hydrogen’s capabilities are not merely abstract; its role in electricity generation, locomotion, and energy storage are well-established. NASA has been propelling its rockets with hydrogen fuel for over half a century, and hydrogen fuel cell cars (and hydrogen refill stations) are a relatively common sight in California. There are also plans for integrating hydrogen electricity power plants within existing district heating infrastructures. Hydrogen-powered trains are already being operated in the European Union, with further trials yielding promising results. There are also plans to replace kerosene with hydrogen in the aviation industry, along with integrating hydrogen power plants within existing district heating infrastructures. And the shipping sector (a major source of pollution in the Arctic) is strongly considering hydrogen as its fuel of choice in the coming decades, a welcome first step to reducing shipping’s dependency on fossil fuels.

Some claim that in light of the decades-long timeline for hydrogen to become viable, its importance is limited, with batteries rapidly improving, next-generation nuclear technologies showing promise, and leaders focusing aggressively on zero-pollution energy (something that hydrogen is unlikely to ever be). Numerous policymakers and experts are also skeptical about the strategic relevance of hydrogen for mass transportation and heating or electricity generation and argue that the main focus should be the production of green hydrogen for applications where hydrogen use is vital, such as the agroindustry.

For any of these visions to materialize on a larger scale, however, successful policy choices must be carefully considered. These policies must include long-term financing for hydrogen projects, tax credits for hydrogen-powered technology development, and investment in hydrogen infrastructure. While over ninety nations have already adopted hydrogen strategies, they give little insight into practical matters, especially regarding Arctic communities where the need for clean and efficient energy sources is most dire.

Hydrogen is also predicted to become the go-to energy source for a few sources that end consumers benefit directly from airplane and trains travel are the likeliest candidates. Research and development currently focuses on replacing kerosene with hydrogen in the aviation industry. This, however, comes with two hurdles: the supply chain infrastructure doesn’t exist, and plane fuel tanks would need to be four times larger than current kerosene tanks. Railway transport is more developed: hydrogen-powered trains (as a replacement for diesel in places where railway electrification is unavailable) already exist and are operated in the European Union, and further trials are yielding promising results. Repurposing such existing technology to the needs of fragile ecosystems and communities, such as those in the far North, is essential to display the viability of hydrogen as a reliable and efficient fuel. This requires both policy support and large public and private investments, to ensure its timely and successful application. Over the coming years, the storage and transport use of hydrogen will attract more global attention as an alternative way to reduce greenhouse gas emissions.. Nowhere is the fuel better placed to make a difference, however, than in the fragile and besieged Arctic regions. It will take advances in technology, sweeping infrastructure development, and tough policy choices, but support for hydrogen will go a long way toward protecting the Arctic from the worst effects of fossil fuel burning and climate change.