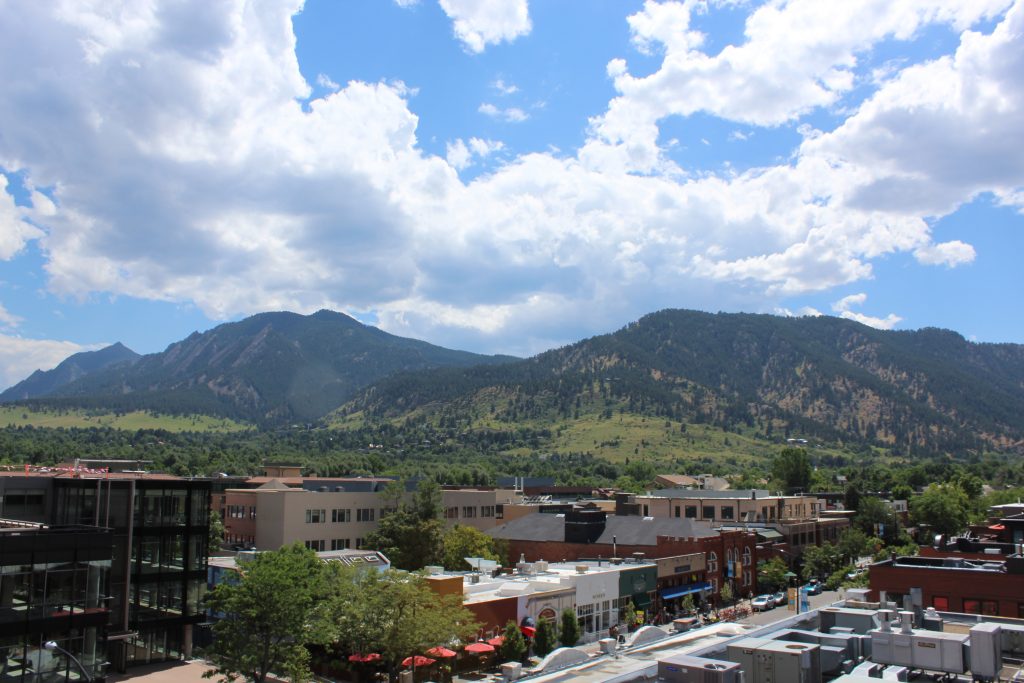 In mid-July, the Strategic Foresight Initiative (SFI) conducted a research trip to Colorado, visiting Boulder, Denver, and the National Renewable Energy Laboratory (NREL) in Golden. The trip was part of the Future of American Technological Leadership project with Qualcomm, which seeks to investigate American innovation in the technology sector. The project will culminate in a report this winter exploring why the United States leads the world in innovation, and the challenges the country faces in maintaining this position. This was the second leg of SFI’s ‘innovation roadtrip’ to technology and innovation hubs around the US, with upcoming visits planned for Austin, Texas, and Silicon Valley later this year. The Colorado trip followed a trip in June to Madison, Wisconsin.

SFI visited Boulder, Denver, and NREL as they are all key components of Colorado’s burgeoning tech ecosystem. In Denver, we held private meetings with technology sector associations, entrepreneurs, and academics to assess how the city’s growing innovation sector works and how it fits in with other parts of the state’s ecosystem. At NREL, the focus was on how the lab works to commercialize research in the renewables sector. In Boulder, we hosted two roundtables, each attended by prominent individuals in the local tech sector. These roundtables explored Boulder’s national and international reputation as a highly innovative community, the factors contributing to this success, and the potential challenges that could undermine its continued growth.

Boulder’s entrepreneurial ethos dates back to its founding in the 1800s, when city leaders purchased the mountains, known locally as the Flatirons, to protect the stunning natural vista for which Boulder is famous. City residents held fundraising efforts in the 1950s to buy land on the town outskirts to help attract a National Institute of Standards and Technology (NIST) laboratory. NIST was the first of many federal laboratories that would settle in and around Boulder over the following decades, bringing with them a critical mass of researchers.

View of downtown Boulder and the Flatirons foothills of the Rockies. Downtown Boulder is a hub of innovation, with numerous accelerators, incubators, startups, and established tech companies all based within a 15-minute walk of each other.

Between the 1960s and 1980s, more entrepreneurs, attracted by Boulder’s alternative and outdoor lifestyle, moved in and started businesses in both the natural foods sector and the computer storage industry. The latter, along with the telecommunications boom that happened across Colorado in the 1980s, brought in additional talent and laid the foundational infrastructure necessary for Boulder to become an early hub for internet-oriented businesses in the 1990s.

The latest phase of development has centered on a new generation of entrepreneurs and innovators, nurtured locally through accelerators like TechStars and Galvanize. A few local startups have been bought out by Silicon Valley companies like Google, Uber, and Twitter, further enhancing Boulder’s reputation.

Boulder’s unique selling point is its community culture and ethos, and an outdoors lifestyle thanks to easy access to the Rocky Mountains. Local leaders referenced a strong collaborative spirit and a desire to share their expertise as unparalleled among American cities. There is a strong expectation to help others, and little patience for free-riders. Boulder’s outdoor lifestyle is also clearly a major factor in creating a compact and very livable city with a high concentration of highly successful and driven people.

For all Boulder’s advantages when it comes to starting a business, Denver is becoming a destination for companies looking to expand beyond a small size. We heard in Boulder that firms with over two hundred employees struggle to find enough office space in the city, prompting several to relocate to Denver, which has lower housing costs as well. Colorado’s capital city is rapidly becoming a scaling hub for Boulder startups to move to before expanding out of state or to the coasts.

The symbiotic relationship between Denver and Boulder is welcomed in both cities. People view this collaborative dynamic as vital for the ongoing success of innovation across Colorado. It gives Boulder access to infrastructure that is denied to other, more isolated cities of a similar size, and it allows Denver to act as a landing pad for successful Boulder companies – and use them to further develop its own tech scene. Innovation’s next chapter in Colorado comes from increasing the links between Boulder and Denver, plus a better incorporation of the state universities and federal laboratories into these ecosystems.

The University of Colorado Boulder (CU Boulder) has not been a major source of startups in the city. But the university is working to improve this connection through closer relationships with existing organizations like the Innovation Center of the Rockies, who offers local support for research commercialization and the tech transfer process. CU Boulder has established stronger ties with local federal laboratories through joint research institutes like the Renewable and Sustainable Energy Institute (RASEI). Its links to the local community are being enhanced through provision of convening space for weekly tech meetups. These efforts are starting to bear fruit: graduate students, especially in business and law, are increasingly attracted to CU Boulder in part to be involved in the local innovation ecosystem.

Senior Fellow Robert Manning (left), Project Assistant Alex Paul, (middle), and Senior Fellow Peter Engelke in front of the National Renewable Energy Laboratory’s Energy Systems Integration Facility. The facility is used by many companies in the renewable energy industry to test their innovations and components before releasing their products onto the market.

We also explored NREL’s connections to Colorado’s tech scene, especially through programs like the Commercialization Assistance Program and the Industry Growth Plan, which give small businesses in the renewables sector access to NREL’s facilities and researchers. As a federal facility, NREL’s programs inevitably have a more national focus, but the laboratory is responsible for some local clustering of businesses and is currently putting in place more resources for use by local businesses.

Colorado is one of the fastest-growing regions in the country. While the high rate of immigration into the state is welcome, some noted the ‘Colorado paradox’, meaning how the state does not produce enough STEM graduates required to sustain the growing ecosystem. Ensuring more of the skilled workforce is produced locally is one challenge for the future.

Local access to capital is a final hurdle, specifically the lack of funding in the $5 to $15 million range in Colorado, forcing many companies at this stage to move out of state. One interviewee said that the local economy needs one local startup to develop into a household name, especially outside of the tech industry, and then to have a successful initial public offering while staying based in Colorado and not moving to California. This would give Colorado a national reputation as an innovation and tech hub, in much the same way as Silicon Valley is associated with big names like Facebook and Google. Such an outcome would bring a lot more attention and capital to other local companies in Colorado, growing the local entrepreneurship ecosystem even further.