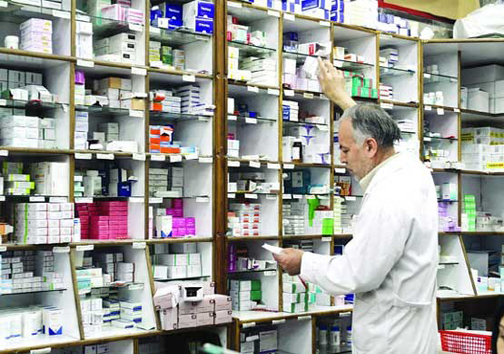 The United States has over the past four decades imposed a wide range of economic sanctions to punish Iran for a number of undesired policies. While Trump administration officials continue to insist that food and medicine are exempt from US sanctions, and that sanctions do not hurt the Iranian people, evidence suggests that unilateral sanctions are collectively punishing the Iranian population by denying them adequate and reliable access to medicine.

The US has nominally exempted humanitarian goods from its economic sanctions. However, limitations on trade, the unwillingness of financial institutions to process transactions related to Iran, as well as the Iranian government’s misguided policies, have resulted in staggering prices and shortages of medicine. Compounded together, these issues have made medicine less affordable and accessible to many Iranians who are already experiencing other impacts of sanctions such as unemployment.

Prior to the signing of the 2015 nuclear agreement—also known as the Joint Comprehensive Plan of Action (JCPOA)—the previous round of sanctions led to the shortages of medicine in the country. In 2013, the Swiss pharmaceutical company Novartis warned that sanctions had “severely affected, if not fully ceased” the flow of life-saving medicine to Iran. Then UN Secretary General Ban Ki Moon cautioned in 2012 that “sanctions imposed on Iran have had significant effects on the general population including shortage of necessary items including medicine.”

It is also worth noting that despite the fact that sanctions exempted humanitarian goods, the US Treasury Department had previously prosecuted medical companies for selling small amounts of medical supplies to Iran, which in turn, has had a deterring effect on other companies doing business with Tehran.

Sanctions can further limit access to medicine and proper healthcare by making them financially less accessible. Dursun Peksen’s study on the impact of economic sanctions on public health indicates that sanctions exacerbate the situation by inflicting damage on the target country’s economy. In the case of Iran, reports indicate that during 2012 – 2013, the price of medicine in increased by 50 – 75 percent. Coupled with an economic downturn and an increase in unemployment, medicine became less affordable to Iranian patients.

According to field research conducted in Iran during 2013, asthma, cancer, and multiple sclerosis patients struggled with either shortages of medicine or skyrocketing prices. This research further found that many cancer patients had stopped treatment because of an increase in the prices of medicine. It is also noteworthy to mention that while Iran produces nearly 90 percent of its own drugs, as a result of sanctions, Iranian pharmaceutical companies have faced many difficulties in procuring active ingredients necessary to manufacture locally produced medicine.

Oftentimes sanctions further deteriorate access to adequate healthcare by forcing the state to reduce financial resources allocated for public health services. In the case of Iran, the oil embargo pushed down Iran’s oil revenue from $100 billion in 2011 to approximately $50 billion the following year which in turn led to a decline in the state’s ability to invest in the health, education, and social security services. These reports complement the findings of Columbia University’s Richard Garfield, who demonstrated that sanctions can in fact reduce the capacity of the public health system to “maintain food, water, air and medicines of adequate quality.” A 2012 UNICEF report on Iran, concurs with the argument, further adding that unilateral sanctions had “impact[ed] public health, and several aspects of the socio-economic life of ordinary people, including children.”

The Trump administration’s unilateral decision to withdraw from the JCPOA and re-impose sanctions have shattered the hopes of Iran’s economic recovery and an improved standard of living. According to the World Bank’s 2018 economic outlook, Iran’s GDP—as a result of the loss of oil income—shrank 1.5 percent in 2018 and will further contract 3.6 percent in 2019. This report primarily cites the reintroduction of US sanctions as the culprit of Iran’s downward trajectory. Meanwhile, media reports indicate that sanctions have deprived Tehran of $10 billion in oil revenue. The Trump administration’s recent decision to stop issuing oil waivers to other countries to purchase the Iranian oil, will most likely push the Iranian government’s oil revenues further down, directly impacting the lives of the Iranian population. Coupled with the devaluation of Iranian currency, and the resurgence of high inflation, these factors will adversely impact the availability of adequate and affordable medicine in the country.

Similar to the pre-JCPOA conditions, Iranian households are increasingly facing shortages in essential goods including medicine, and foreign banks are unwilling to do business with the Iranian companies. In October 2018, Gerard Araud, the former French ambassador to the United States, warned that “the fact is that banks are so terrified by the sanctions that they don’t want to do anything with Iran… there is a strong risk that in a few months really there will be a shortage of medicine in Iran.” Though the European Union established INSTEX in January—a financial gateway to promote humanitarian trade with Iran—it has so far borne no practical results, as the US has increased pressure on the EU to stop operating the mechanism.

Compared to military means, economic sanctions aim to be a more peaceful instrument of foreign policy. However, by examining the case of comprehensive sanctions on Iran, it is clear that sanctions have adverse consequences that collectively punish the population of the targeted state, by depriving them of one of the most basic human rights: access to adequate medicine.

The Trump administration prides itself in siding with the Iranian people in their struggle for freedom and democracy. However, not only has the administration not taken a meaningful step to ensure that the population is not impacted by unilateral sanctions, it has openly worked to undermine Europe’s attempts to establish a reliable channel for humanitarian trade with Iran. Furthermore, by prosecuting financial institutions for dealing with Iran, it has created an environment that no entity is willing to process humanitarian transactions. Perhaps, one way to show support for the Iranian people is to first ensure that they have adequate and affordable access to medicine.

Sina Azodi is a PhD student in political science at the University of South Florida, and a research consultant at Princeton University’s Program on Science and Global Security. He focuses on Iran’s foreign policy and US-Iran relations. Follow him on Twitter @azodiac83.