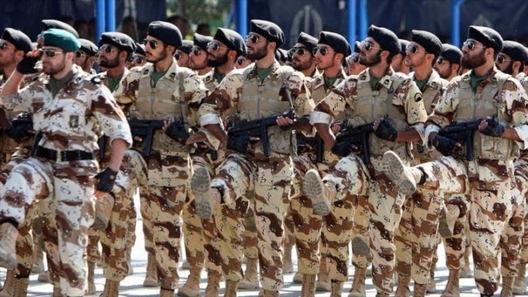 Iran’s regional strategy is rapidly evolving as the Islamic Republic is trying to adapt itself to a new, and increasingly challenging, international environment.

A key determinant has been President Donald Trump’s decision to pull the United States out of the multilateral nuclear deal, clinched between Iran and world powers in July 2015, known as the Joint Comprehensive Plan of Action (JCPOA).

On September 8, the Islamic Revolutionary Guards Corps (IRGC) targeted a number of Kurdish opposition bases in Iraqi Kurdistan with seven short-range missiles, killing at least 11 people and wounding many more. The unprecedented attack was preceded by reports in late August that Iran had transferred ballistic missiles to its Shia militia allies in neighboring Iraq and was planning to develop a missile production capacity there. While both Tehran and Baghdad have dismissed the claims, the move makes strategic sense under existing circumstances and is symptomatic of Iran’s shift toward a more assertive regional posture.

The evolution of Iran’s regional policies can be “periodized” into three phases: after the JCPOA but before the Trump presidency; from the Trump inauguration until his withdrawal from the nuclear deal; and after Trump’s pullout in May 2018.

With the conclusion of the multilateral nuclear accord between Iran and the US, Britain, China, France, Germany and Russia in July 2015, many observers, including this author, hoped that the deal would pave the way for “desecuritization” of Iran’s domestic sphere and the emergence of détente in its regional policies.

Iranian hardliners, however, perceived the historic pact, which had served to check their disproportionate share of political and economic clout in Iran, as a serious setback. Though it was Supreme Leader Ayatollah Ali Khamenei’s policy of “heroic flexibility” that got the nuclear negotiations off the ground, President Hassan Rouhani’s signature foreign policy achievement ultimately came to be seen by the hardliners as a retreat. These political forces, which include powerful elements within the Revolutionary Guards, were determined to fight back and compensate for their loss, while at the same time capitalizing on the benefits of JCPOA in terms of higher oil revenues and other sanctions relief.

Thus proposals for “domestic” as well as a “regional” version of the JCPOA were dismissed. The Iranian judiciary doubled down on suppression of dissent while the IRGC ratcheted up risky maneuvers in the Persian Gulf. With the increase of Iran’s military budget as a result of the JCPOA-caused financial boost, the Revolutionary Guards also augmented support for the still struggling regime of Bashar al-Assad in Syria as well as for the Lebanese Shia group Hezbollah and Houthi rebels fighting Saudi Arabia in Yemen.

This more assertive posture was aimed at expanding Iran’s regional clout and driven by the belief that abandonment of Tehran’s nuclear “rights” needed to be compensated for in other ways.

The “offensive” strategy gradually gave way, however, to a more cautious one aimed at consolidation and entrenchment as the pro-diplomacy Obama adminstration was replaced by the more hawkish Trump administration. Given Trump’s electoral campaign diatribes against the Iran nuclear accord and pledges that he would scrap it once in power, the Islamic Republic decided to tread more carefully and secure the regional gains it had made over the past year and a half.

Perhaps the single most visible manifestation of this shift to a more “defensive” posture was an almost abrupt halt in the IRGC’s engagement of US Navy warships in the Persian Gulf. Tehran was also anxious to discourage its Sunni Arab rivals, particularly Saudi Arabia and the United Arab Emirates, from getting closer to Israel—yet another challenge posed by the Trump administration, which eagerly sought to build a strategic alignment between Arabs and Israel in the face of a perceived common Iranian threat. The Rouhani government’s diplomatic efforts to restore relations and make peace with Saudi Arabia were intensified, partly with a view to countering this emerging reality.

Iran’s more conciliatory posture was basically motivated by two political considerations. On the one hand, Iranian leaders anticipated that Trump would finally walk away from the nuclear deal and reinstate sanctions, so they were careful to avoid sharing responsibility for the collapse of the JCPOA through unnecessary provocations. On the other hand, they tried to steer clear of an accidental war with the United States, which was a much remoter possibility under President Barack Obama.

Now a few months into the US pullout from the JCPOA and given the growing international and internal pressure on the Islamic Republic, Tehran seems to be reverting to a more offensive military posture in the region. This time around, however, the purpose of the shift is not to expand power, but to deter external aggression.

While Iran-backed forces have recently come under increasing attacks by Israel in Syria, the possible collapse of JCPOA in the coming months and resumption of nuclear activities by Tehran will dramatically heighten the likelihood of military conflict. In fact, by shifting back to a more offensive strategy, Iran is bracing itself for that rainy day.

Maysam Behravesh is a multimedia journalist at the TV channel, Iran International. He is also a PhD candidate in the Department of Political Science and an affiliated researcher at the Center for Middle Eastern Studies, Lund University in Sweden. He recently published the article, “State revisionism and Ontological (In)Security in International Politics: The Complicated Case of Iran and Its Nuclear Behavior”. Follow him on Twitter: @behmash.