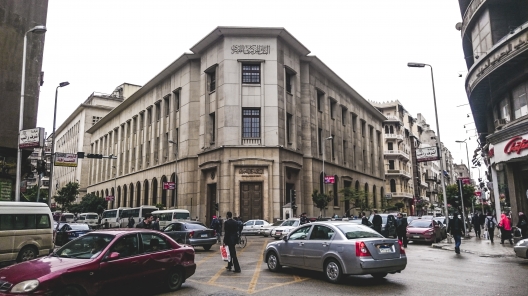 There is consensus both within and outside Egypt that a devaluation of the Egyptian pound is imminent. The question is not if there will be a devaluation, but when. The general view is that it is only a matter of weeks or months before the Central Bank of Egypt (CBE) will have to give up propping up the currency artificially through selling US dollars in the market and controlling imports with higher tariffs and regulations.

The CBE however denies that a devaluation is coming soon, if at all. This is only a natural response; if the CBE were to admit this was going to happen, there would be an immediate flight from the Egyptian pound into foreign currencies. It would then become a self-fulfilling prophecy and the CBE would be forced into a disruptive depreciation of the pound as it started to run out of foreign exchange reserves to defend the value of the currency. Denying any possibility of a devaluation allows the CBE to choose the timing and the size of the devaluation if the markets buy the denial.

Why are people anticipating an early devaluation? The obvious reason is that by most accounts, the pound is considerably overvalued with respect to the US dollar and the country is steadily losing international competitiveness. Many indicators support this thesis. While the official exchange rate is close to EGP 7.8 to the US dollar, the rate in the black market has crossed EGP 9 to the US dollar, or is some 15 percent lower than the official rate. Financial markets both in Egypt and abroad are already pricing in a devaluation of the pound as reflected in interest rate levels. The Egyptian government is currently paying over 12 percent on its 3-month Treasury bills, while the rate in comparable US Treasury bills is only 0.3 percent. Finally, inflation in Egypt is running at over 10 percent a year, while it is averaging below 2 percent a year in its trading partners, meaning that Egypt is losing international competitiveness by an average of 8 percent a year.

All the various indicators point to a pound that is overvalued by 10-15 percent. This conclusion is supported by the technical analysis of the International Monetary Fund (IMF), which found the pound to be overvalued by as much as 16 percent in 2015. The right rate for the pound should be EGP 9 to the US dollar rather than EGP 7.8.

Assuming that market expectations are realized, despite the CBE’s protestations, and a one-off devaluation, or a series of small devaluations, amounting to around 15 percent, will it be enough to ease the pressure on foreign exchange reserves and the Egyptian pound? CBE Governor Tarek Amer said that easing pressure on foreign exchange reserves will require a reduction in imports by $20 billion, or 25 percent, in 2016. This means essentially bringing the trade account (imports less exports) into rough balance. A devaluation of 15 percent will reduce imports and increase exports but will not be nearly enough to eliminate the trade balance deficit that in 2015 stood at over $25 billion. Consequently, unless Egypt is able to generate substantial tourism revenues, foreign direct investment, and external financing, the pressure on the foreign exchange reserves will emerge once again.

If Egypt is to avoid going through these cycles of overvaluation and loss of foreign exchange reserves, it has to move to a more flexible market-based exchange rate regime. The pound would then move to equilibrate supply and demand for foreign currencies in the market. This would reduce imports, help exports, and attract foreign direct investment. Egypt would not have to continually search for external financing, principally from friendly Gulf states, to keep the CBE from exhausting its foreign exchange reserves.

Even though Egypt’s exchange rate system is classified by the IMF as “managed floating,” the government and the CBE have been very averse to floating and have a strong preference to manage the rate within certain bounds. For example, over the last five years the pound has depreciated by an average of only 7 percent a year despite the major political upheavals and security issues that created serious balance of payments pressures. This fear of floating stems largely from the belief that the pound would be vulnerable to sharp movements that would generate uncertainty for importers and exporters, and large depreciations would be inflationary via increases in import prices.

However, if the CBE were to move to a more flexible exchange rate system, as former Finance Minister Ahmed Galal has argued, it would have to change its monetary policy regime. The principle objective of monetary policy in Egypt is to maintain stability of the pound in the context of an adequate stock of foreign exchange reserves. A secondary objective is to control inflation. If the CBE were to shift to a more flexible exchange rate system, the priorities would be reversed and inflation would become the main objective of monetary policy.

In the past two decades or so, a number of developed and emerging market economies have moved to an inflation targeting framework. This involves choosing a target for inflation for the coming year, presumably in consultation with the government, and then conducting monetary policy through changes in interest rates to achieve this target. Having inflation as the primary goal of monetary policy does not rule out keeping the exchange rate from fluctuating too much in the short run, but ultimately the inflation target has to take precedence.

On balance, Egypt should move to an inflation targeting monetary policy framework. It offers a number of advantages; it would ease pressures on foreign exchange reserves, deepen financial sector reforms, enhance the transparency of CBE operations, and reduce the role of the government in conducting monetary policy. It is the right alternative to the current regime of exchange rate targeting, as many countries, including some that are less developed than Egypt, have discovered.

Obviously a change in the monetary policy regime cannot be implemented overnight. Nevertheless, the country should start the process soon and have the CBE develop the tools and capacity to operate this new regime. The CBE’s main task is to reorient its managed floating exchange rate regime to one that is closer to floating than to managed, and do this gradually to avoid a sharp drop in the value of the pound. This policy is clearly the only one that will ease foreign exchange pressures in any sustainable way. Otherwise, the situation that Egypt has been facing for several years, will continue and there will be a need for exceptional external financing. If reducing dependency on foreign financial assistance is one of Egypt’s objectives, as President Abdel Fattah al-Sisi said prior to his election, then changing the monetary policy regime and allowing much greater flexibility of the exchange rate is the right way forward.