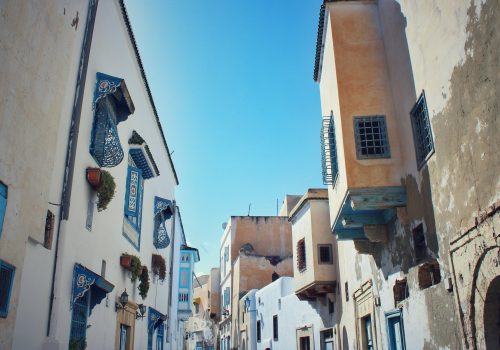 Aftermath of the Arab spring in North Africa

By Mohsin Khan and Karim Mezran

At the outset of the political uprisings that began in North Africa in 2010, the four countries of Algeria, Libya, Morocco, and Tunisia faced similar economic and political challenges. Over the past almost six years, the countries have adopted different approaches to address these problems, however the overall economic picture today is grim amid varied […]

Libya: A Political and Economic Trainwreck

By Mohsin Khan and Karim Mezran

Libya is in a Catch-22 situation—political agreement cannot be reached without economic improvement and political stability is necessary to revive the economy. Turning the economy around is contingent on oil production and exports coming back on line, at least in its initial phase. In order to produce and export at full capacity, the country requires […]

Why Inflation is So High in Egypt

By Mohsin Khan and Elissa Miller

Over the past decade or so, Egypt has consistently experienced relatively high rates of inflation. But since the advent of the Arab Spring in 2011, the increase in consumer prices steadily accelerated. During 2011-2015, the average rate of inflation was close to ten percent a year, which was well above the corresponding rate of six […]

Mohsin Khan was a nonresident senior fellow in the Rafik Hariri Center for the Middle East focusing on the economic dimensions of transition in the Middle East and North Africa.

Dr. Khan was a senior fellow at the Peterson Institute for International Economics. Previously he was the director of the Middle East and Central Asia Department at the International Monetary Fund (IMF). This department is responsible for monitoring macroeconomic developments and providing policy advice to thirty-two countries in the Middle East, North Africa, and Central Asia, and for advising IMF management and Executive Board on country-specific and regional matters. He holds degrees from Columbia University (MA) and the London School of Economics (BSc and PhD).