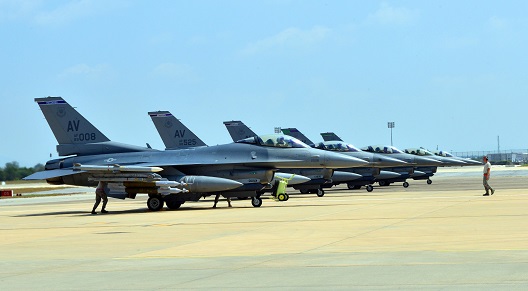 The American alliance with Turkey is in crisis. The two NATO allies have divergent interests in the Middle East, stemming from differing policies towards non-state actors. The United States, as the dominant external power in the Middle East, has made counter-terrorism the focal point of its Middle East strategy. American policy is linked to pervasive beliefs about the causes of the 9/11 attacks and the idea that Sunni jihadist groups are most effective when they have safe havens to plan and then execute plots against the US homeland. For Turkey, the threat of Sunni Jihadist non-state actors is secondary to the Kurdistan Workers’ Party (PKK). The PKK is a Kurdish insurgent group that has been active in Turkey since 1984.

The roots of the American-Turkish crisis are linked to long-standing differences about these two non-state actors and how to effectively combat them. The fraying of the US-Turkish alliance began, oddly, after the United States received Turkish support to base aircraft at Incirlik Air Force Base in Turkey to strike targets in Northern Iraq during the first Gulf War. In retrospect, the Turkish government decision to open Incirlik to American aircraft for kinetic operations in the Middle East is a historical outlier. In the years that followed, the United States and Turkey clashed over the enforcement of the northern no-fly-zone, imposed after Saddam Hussein’s defeat in 1991. The northern no-fly-zone protected the Kurdish region of Iraq from bases in Turkey and helped to facilitate the creation of an independent Kurdish region in northern Iraq.

Turkish unease with American basing requests has, since the start of the war against Islamic State, been a major irritant in the bilateral relationship. However, Turkish objections to US requests is nothing new. Given the amount of historical evidence, it would be wise for the United States to develop options to work around Turkey for future contingencies in the Middle East. This proposal is not designed to devalue the importance of the US-Turkish relationship. Instead, it seeks to reframe the American-Turkish security relationship around commitments to NATO and to avoid disagreement about non-state actors, the Middle East, and how to defeat them.

NATO vs. the Middle East: Basing restrictions, the legacy of Iraq, and the ISIS war

American requests to strike Iraq from Turkey have been a source of friction in the bilateral relationship since the end of the first Gulf War. On at least three occasions (September 1996; November 1997; December 1997) Turkey refused to allow Incirlik-based aircraft tasked with enforcing the northern no-fly-zone to strike targets in Iraq for alleged violations conducted during United Nations Special Commission inspections of Iraq (Saudi Arabia imposed similar restrictions). The Turkish government was wary of blowback from Iraq and any US initiated effort that would destabilize the Iraq central government, which could then result in the future empowerment of independent Iraqi Kurdish governance. Similarly, in 2003, Ankara refused to allow American ground and air forces to invade Iraq from Turkish territory. Finally, in late 2014, the United States and Turkey negotiated for close to a year to open Incirlik for strikes against the Islamic State (ISIS) in Syria.

In contrast, Ankara moved rapidly to open Incirlik for the staging of US troops (if necessary) and helped with logistics to aid the United States after the 9/11 attacks and the subsequent invasion of Afghanistan. Moreover, after considerable debating inside the NATO alliance, Turkey eventually agreed to host a forward deployed TPY/2 radar, which provides tracking and discrimination data of Iranian missile for the US backed missile defense architecture for Europe.

The objections and negotiations for basing access are nothing new for the United States. The American-Turkish defense agreement is, unsurprisingly, based on each country’s NATO membership. As is common in US defense cooperation arrangements, the host country retains sovereignty over the basing of American forces on national airbases. In the Turkish case, the United States has access to Incirlik for, but does not have any permanent aircraft deployed. For NATO missions, the United States can augment its position with agreement from the Turkish president. For out-of-area contingencies, Turkish parliamentary approval is needed.

The United States has emphasized reaching agreements with countries to guarantee access to soaring territory during times of crises. Ankara has never given the United States carte blanche and, as indicated above, guarded its interests fiercely in bilateral negotiations. Thus, as one looks back at the recent downturn in US-Turkish relations, it is important to frame the disagreement over Syria as linked to an out-of-area contingency. In short, Ankara acted in line with its own interests to deny US access to a base it controls, so long as the purpose of the American military mission was at odds with Turkish security concerns.

The Turkish government views the American support for the Syrian Kurds as anathema to its security.  The United States, in contrast, prioritized its security interests—the denial of safe haven to the Islamic State—over Turkish concerns about Kurdish political and military empowerment. The current US basing access to Turkey is intended to support the Syrian branch of the PKK, the YPG. To date, this fundamental divergence over long-term security interests in Syria continues, independent of US flight operations from Incirlik.

Developing options: In versus out of area

The question, now, is how to recalibrate American expectation of Turkey in the post-ISIS war era. The United States is drawing down aircraft deployed to Turkey to support the war against ISIS. In parallel, the US congress appropriated $143 million to upgrade Muwaffaq Salti Air Base in Jordan. This funding far exceeds any other appropriation for airbases abroad by a factor of two. The funding allocation reflects the immediate needs of the counter-ISIS war, but may also signal a determination to further develop options for the American air force in the Middle East.

For Turkey and the United States, the development of more American options in the Middle East can help to alleviate future tensions about basing. Ankara and the Washington do not share interests in the Middle East and repeated American requests to launch strikes from Turkey have prompted diplomatic friction. In contrast, the US and Turkey still do share broader geostrategic incentives to cooperate under the auspices of NATO burden sharing. A return to a narrow, in-area footing could help to refocus the US-Turkish security relationship on larger, shared interests—instead of the narrow, divergent obsession with non-state actors.

The United States has the means and resources to work around Turkey and to develop other options for future contingencies in the Middle East. The devaluation of Turkish bases for future contingencies in the Middle East may seem like a further indication of the downturn in American-Turkish relations. However, it would allow for the two allies to focus on where interests align, rather than squabble over basing access, out-of-area contingencies, and non-state actors.

Aaron Stein is a senior resident fellow at the Rafik Hariri Center for the Middle East.

Image: Photo: The U.S. Air Force deployed six F-16 Fighting Falcons from Aviano Air Base, Italy, support equipment and approximately 300 personnel to Incirlik Air Base, Turkey in support of Operation Inherent Resolve Aug. 9, 2015. This follows Turkey’s decision to host the deployment of U.S. aircraft conducting counter-ISIL operations. The U.S. and Turkey, as members of the 60-plus nation coalition, are committed to the fight against ISIL in pursuit of peace and stability in the region. (U.S. Air Force photo Senior Airman Michael Battles/Released)