A decade after the onset of the Arab Spring, North Africa continues to face many of the same challenges that spurred initial protests in 2011. Additionally, the coronavirus pandemic has only further exacerbated growing economic and social frustrations in the region. On October 27, the Atlantic Council’s North Africa Initiative hosted an event with the Italian Institute for International Political Studies (ISPI), discussing the implications of current political, socio-economic conditions and future challenges North Africa faces.

The event was accompanied by a publishing of the joint report: “North Africa 2030: What the future holds for the region” in partnership with the ISPI. The report, edited by Karim Mezran and Armando Sanguini, included contributions from regional experts including Yahia Zoubir, Abdelkader Abderrahmane, Pietro Gagliardi, Aldo Liga, Hannah Abdullah, Nader Kabbani, Shlomo Roiter Jesner, and Alissa Pavia. Their analyses highlight the wide array of challenges the region continues to face, including transnational terrorism, illegal migrant smuggling, poor local governance, and lack of basic infrastructure.

Yaseen Rashed is a Young Global Professional with the Middle East Programs at the Atlantic Council. 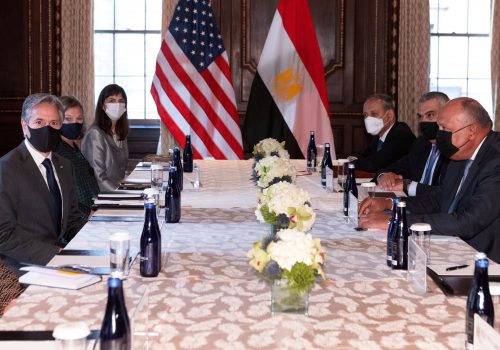 What will the US-Egypt Strategic Dialogue look like? Here’s a preview.

The US-Egypt Strategic Dialogue is one of the longest-standing in the region. Though primarily symbolic, the dialogue serves as an opportunity for senior-level engagement across a broad swath of bilateral priorities. 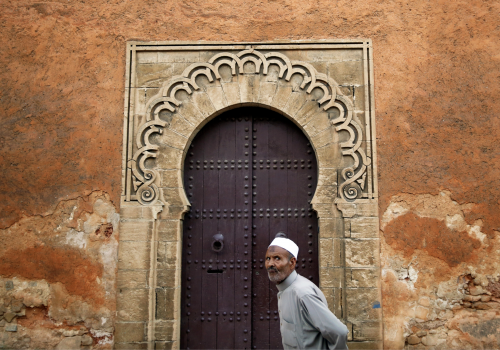 North Africa 2030: What the future holds for the region

In the last decade, several events redefined North Africa’s heterogeneous character and identity. This year marks the tenth anniversary of the beginning of the Arab spring, but most of the root causes fueling the unrest remain unaddressed.

The case for a new federalism in Libya

Following Muammar Qaddafi’s ouster more than three years ago, Libya fragmented, and the absence of a capable central government opened up the space for a violent political struggle over the country’s key resources and state institutions that continues today. Given Libya’s troubled history with centralization, there is a need for a rethink about a post-revolutionary […]