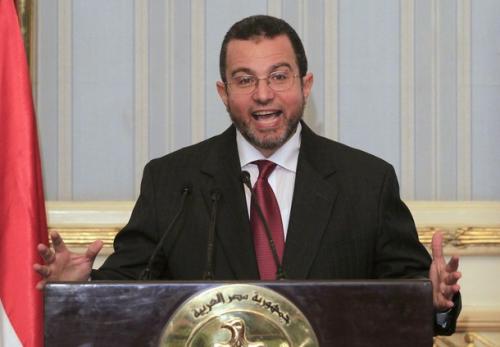 Following weeks of criticism for a lack of transparency in negotiations, Prime Minister Hisham Qandil’s cabinet finally unveiled the economic plan it presented to the IMF outlining the policies the government intends to follow to qualify for a $4.8 billion loan.  In IMF parlance, the document is the ‘Letter of Intent,’ agreed to by IMF staff during recent negotiations in Cairo. The next step is formal approval by the IMF Executive Board, expected to take place in the third week of December, after which part of the $4.8 billion (usually one third) will be provided to Egypt. The rest of the loan proceeds will be made in tranches over a 22-month period, conditional on the country achieving the agreed policy targets.

On the face of it, the Egyptian program looks quite standard, focusing primarily on achieving macroeconomic stability over the next year or so. Fiscal policy is given considerable prominence, with the intention of bringing the fiscal deficit down modestly from 10.5 percent of GDP this year to 8.5 percent in 2013/2014. A very welcome step is the intention to tackle fuel subsidies, which currently eat up over 5 percent of GDP and 15 percent of government expenditures. The economic plan proposes cutting fuel subsidies received by industries and on high-octane gasoline. Subsidized fuel prices for mass transportation would be maintained and by early next year lower-income Egyptians would be given ‘smart cards’ to allow them to pay subsidized prices for gasoline and diesel fuel. In total, fuel subsidies would be reduced by some 25 percent.

As expected, the government also plans to raise the maximum tax rates on high-income earners to 25 percent, making these rates comparable to the rates paid by corporations since mid-2011, and implement a capital gains tax on realized profits from transactions in the stock market. While these tax increases will not generate significant revenues, the increase in the progressivity and coverage of the tax system will allow the government to say it is addressing the income inequalities in the country.

Social programs for lower-income and poor households received considerable emphasis in the economic plan, with some 10 percent of all spending cuts being directed to finance these programs. Government spending on health, education, and housing will rise by over 15 percent. Food subsidies will increase by 8 percent and government pensions by nearly 25 percent in the coming year.

While the government is on the right track when it comes to subsidies, unfortunately the IMF appears to have given way on the exchange rate issue. The Central Bank of Egypt (CBE) will continue to manage the exchange rate to encourage investment, increase economic growth and lower inflation.  What this exactly means is difficult to say. In fact, the CBE has always had a strong preference for a stable Egyptian pound. Since the fall of Hosni Mubarak in February 2011 to now, the CBE limited the depreciation of the pound with respect to the US dollar to only 3.5 percent while it lost $20 billion in international reserves. Maintaining a stable exchange rate is not the right policy for Egypt. By most indicators, the Egyptian pound is overvalued by around 8-10 percent.   While an overvalued currency may help on the inflation front, it is harmful to exporters, worsens the balance of payments, and eventually has a negative impact on economic growth. And, there is abundant empirical evidence on the growth-enhancing benefits of an undervalued currency. Hopefully, the Egyptian government and the IMF have an understanding that while an immediate devaluation would be disruptive and inflationary, a more managed depreciation over time will be allowed. Otherwise, Egypt will continue to lose competitiveness and international reserves.

The program is criticized by some Egyptian economists and commentators who view it as a continuation of the Mubarak-era economic policies. This is true, to an extent, but macroeconomic stability is a necessary condition for sustained economic growth. The economic plan does blend some populist economic policies, such as higher taxes on the rich, increases in spending on social programs, and larger food subsidies, with more standard fiscal and monetary policies to reduce the fiscal deficit and improve the external accounts. Nonetheless, the tilt still leans towards the traditional rather than the new. This is appropriate as there is no need to throw out the right economic policies simply because they are associated with the previous regime.

Will this program lead foreign investors and donors to provide the financing the country needs in the short run? More importantly, will it satisfy the Egyptian street? The Egyptian government believes it will and it appears so does the IMF. But there are many skeptics both inside and outside of Egypt.