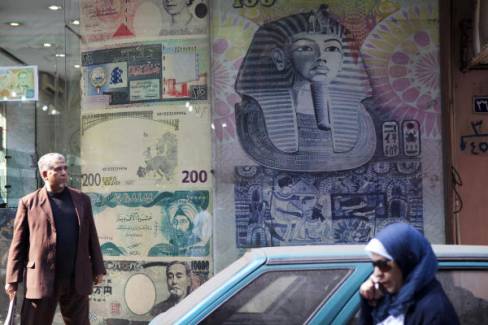 Over this past weekend Egypt held presidential election runoffs with official results due on Thursday, June 21. But with more than 95 percent of votes counted, the Muslim Brotherhood claims their candidate Mohamed Morsy is the winner.  In the meanwhile, the Supreme Council of the Armed Forces (SCAF) issued a constitutional annex to its March 30 military Constitutional Declaration granting itself broad legislative authority after it dissolved the parliament by a Supreme Constitutional Court ruling declaring the parliament unconstitutional.

Based on the fast-moving and unpredictable political environment the newly-elected president will clearly be preoccupied in forming a government while the economy continues to deteriorate.  With a current account deficit of around 4 percent of GDP ($9 billion) due to lower tourism and remittances revenues, a continuing fall in international reserves, albeit at a slower rate in the past few months, and a budget deficit predicted to top 10 percent of GDP in 2012-2013, the new government will face a very difficult economic reality.

The primary economic concern for a new Egyptian government will be to fill the financing gap estimated by the government at $11 billion to avoid a balance of payment crisis and running out of foreign exchange reserves.  It will therefore be critical for the government to resume talks with the International Monetary Fund (IMF) for a program. Yet it is unclear the new president, whether it is Morsy or Shafik, wants an IMF deal. Neither of the two candidates has made any specific statement about an IMF program and both appear to favor developing strategic foreign relations with Gulf countries and obtain financing from these countries in the first instance rather than turning to the IMF for a loan. The question is whether the new president will have that luxury of choice, since many donors, and particularly those in the Gulf, have said an IMF program is a precondition for their financial support.

If the new government does decide to go to the IMF for financial assistance, it is not certain whether the IMF will be willing to resume talks right away as it will rightly insist on a broad political consensus prior to approving a program. Given the political instability that has engulfed Egypt and the rapidly changing situation the IMF will probably decide to wait until a permanent representative government, that is an elected parliament, is in place before committing any funds.  If the IMF sticks to this position, the earliest an agreement could be reached would probably be towards the end of this year.

So what would an IMF program for Egypt look like? Last year, the IMF was very close to reaching an agreement with the Egyptian interim government on a Stand-by Arrangement (SBA) for a $3.2 loan (or 200 percent of Egypt’s quota). The disbursement of the SBA included three stages within a period of 12 months at a low interest rate of 1.2 percent.  The loan outlined general guidelines to ensure macroeconomic stability and mandated the Egyptian government to draw up an economic reform plan with benchmarks and targets. In addition, the SBA proposed the Egyptian government secure pledges of financing from other major donors to avoid a balance of payments crisis.

The SBA highlighted fundamental structural reforms primarily targeting the costly subsidy scheme, principally food and energy. In fiscal year 2011-2012, the state budget allocated LE124 billion to finance food and fuel subsidies (9 percent higher than in 2012-2011), which amounted to 24 percent of total expenditures. In FY 2012-2013 budget subsidies amount to LE96.6 billion but this number has already increased by more than LE28 billion as the Minister of Finance Momtaz El Saeed has made available additional funds to subsidize petroleum and wheat in light of political turmoil.

In the 2012-2013 budget the macroeconomic perimeters of Egypt’s economy include a projected growth rate of 2 percent from a low 1 percent the previous year and a current account deficit of $28 billion increasing from $24 billion the previous year. The focus remains on attracting foreign direct investment and increasing tourism revenues, the two main sources of foreign currency earnings after exports.  Foreign reserves remain low at $15.5 billion at end of May 2012, despite Saudi Arabia’s $1 billion deposit in the Central Bank of Egypt. So far, Saudi Arabia is the only country to provide funds, but only a fraction of the financing needs of Egypt.

Investors remain cautious while awaiting an IMF program. Similarly, multilateral creditors are holding off committing funds until a new government is formed and/or an IMF deal is signed. At the current low level of international foreign reserves Egypt can only cover 2.5 months of imports, which falls short of the necessary $11 billion in external financing requirements over the next 12 months. Absent an IMF program, a hard landing for Egypt seems to be very much in the cards.

With this year’s expenditures projected to reach LE635.4 (including loans) and revenue falling short at LE393.4, the new Egyptian government may be forced to turn to the IMF for a loan as the only viable option to secure financing. An IMF program will carry conditions and require implementing structural reforms. These will include reforms of the subsidy system, monetary and exchange rate policies aimed at maintaining macroeconomic stability, financial sector policies to strengthen the banking system, and measures to remove red tape to enhance transparency.  Based on the economic platforms of both presidential candidates, they appear to support the general parameters of an IMF program, but will most likely maintain food subsidies while cutting at least some energy subsidies. However, neither of the candidates has provided specifics to date on how they intend to generate the revenues to finance their proposed social welfare programs.

With Egypt facing a renewed political transition there is heightened uncertainty over the worsening economic situation. Based on the limited economic platforms of Egypt’s presidential candidates and recent turn of events it is unlikely that Egypt will pursue an IMF program unless there are no other alternatives. But are there any realistic alternatives? It would seem not. An IMF program may be more palatable to the Egyptians if the amount is increased from the assumed $3.2 billion, which is 200 percent of Egypt’s quota in the IMF.  This was the figure that was discussed between the IMF and the Egyptian government last summer. However, there is no compelling reason to stick to this figure for at least two reasons.  First, Egypt’s financing needs have increased significantly since a year ago. Second, many countries recently have received several multiples of their quotas in loans from the IMF. Going up to 500 percent of IMF quota would give Egypt $8 billion in financing, which would not only go a long way to filling the financing gap (in conjunction with other donors) but also allow Egypt to build up its international reserves to a safer level, of say around $20 billion.

It remains to be seen what economic policies the new representative government will pursue, but an IMF program has to be a priority. The sooner this is done, the better for the Egyptian economy.