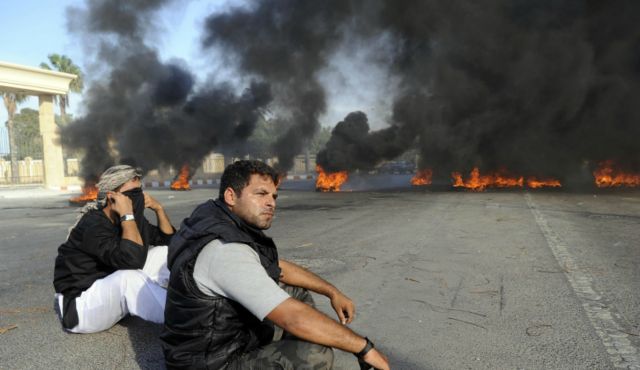 The decision to allow Sinai’s residents to own land in the peninsula was followed, and overshadowed, by a turbulent week of attacks on police forces, which left three policemen dead and one critically injured. At the end of October, Prime Minister Hesham Qandil announced that 80,000 acres will be allocated for agriculture and land reclamation in Sinai, a percentage of which is to be auctioned to its residents.

Mousad Abul Fagr, a prominent Sinai activist and blogger, dismissed the decision and described it as “nonsense.” He described the decision as impractical, and believes that the situation in Sinai has surpassed that. The lack of security in Sinai, with a string of attacks on policemen making headlines, is of more concern.  Abul Fagr said that the security situation has escalated in Sinai, and as a result, most residents didn’t give the decision much attention.

A security void following Mubarak’s ouster gave room for a string of assaults on Egyptian military and police in northern Sinai.

Earlier this week, three policemen were killed in the northern Sinai Peninsula city Al-Arish in an attack by gunmen who fired at their car. News reports suggested that the attackers were militants who Egyptian forces have been hunting since the killing of 16 border guards last August. The attack instigated protests by police officers the following day, resulting in the sacking of the head of security in North Sinai, Ahmed Bakr, by Interior Minister Ahmed Gamal.

As AP reports, a group known as Al-Salafiya Al-Jihadiya released an online statement stating that Islamic militants were not behind last weekend’s attack, claiming instead that it was an act of vengeance by locals for an alleged police shooting that left several innocent victims dead. The statement said police had shot the people in their vehicles as part of a plot by officials to stir public anger and justify repressive practices, once rampant under the former regime.

Only three days later, gunmen shot and critically injured a policeman. Security officials said Inspector General Selim Said El-Gamal, was in a police car with other officers in Al-Arish when attackers in a white truck opened fire.

Increasing lawlessness in Sinai aside, Khaled Arafat, secretary general of Al-Karama Nasserist Party in northern Sinai, rejects the decision altogether. He resents the idea of being given ownership rights to land he says they already own. “What we demand is recognition of our ownership rights,” he said.

Under Mubarak’s regime, land ownership was banned in Sinai, citing security reasons, after Egypt reclaimed the peninsula from Israel in 1981.

Prime Minister Qandil had said that those applying to purchase land in Sinai must submit two documents; proof that they do not have a second nationality, and a certificate confirming that both parents are Egyptian – a measure Arafat deems insulting.

Qandil added that both Egyptian citizens and corporations would be eligible to own land in Sinai, noting that purchases would be done through public bids. “We don’t have to prove we’re Egyptian, we’re already here. We are not waiting for someone to tell us we own this land,” Arafat said.

Not only does Arafat refuse the decision, he considers it dispossession. “They are not acknowledging that we already own this land.” He prides Sinai’s residents for giving the land its Egyptian identity. “We made this land Egyptian, from the south to the north … who are you to give me ownership to my own land?”

According to Arafat, the majority of Sinai residents denounced the decision and didn’t opt to apply for land ownership. He explained that the majority doesn’t trust this decision, and “whoever falls for it should feel free to go through the procedures.”

Dalia Rabie is a journalist based in Cairo. She worked as the Features Editor for Daily News Egypt where she covered topics ranging from politics to culture and lifestyle, with a special focus on human interest issues.