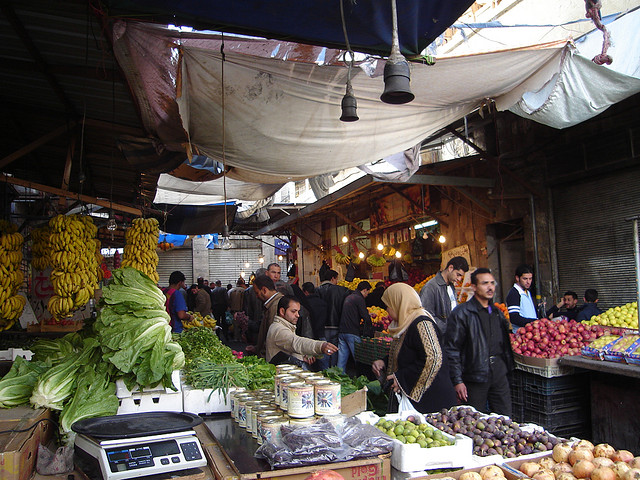 Two years after the Arab Spring transformed the social and political realities in the Middle East, it appears that Jordan has thus far weathered the wave of revolutions that toppled the authoritarian regimes in Egypt, Libya, Tunisia, and Yemen. When demonstrations reached the Hashemite Kingdom in January 2011, Jordanians called for reform of the political system, uprooting corruption, and improving economic conditions—but not the overthrow of King Abdullah II.

Abdullah promised political reforms, but despite efforts to appease the population with constitutional amendments, parliamentary elections, and the formation of a new government, the political situation is still unsettled. Unless Jordan is able to manufacture an economic rebound, it is unlikely that the political changes to date will satisfy the demands of Jordanians and the potential for political upheaval remains. While fiscal stabilization and the Syrian refugee crisis are the immediate problems, generating jobs remains the inescapable medium-term challenge.

From an economic standpoint, Jordan is arguably the most vulnerable monarchy in the region. Essentially, the economy is key to the survival of the monarchy and the current economic picture is a mixed one. Political turmoil associated with the Arab Spring was not the only factor contributing to Jordan’s economic downturn. During 2011-12, Jordan was also hit by a number of exogenous shocks. For a start, there were disruptions in natural gas supplies from Egypt as well as high and rising oil prices. Furthermore, the global economic slowdown and the European crisis adversely affected tourism, workers’ remittances, and foreign direct investment.

As a result of these shocks, after growing by an average of 6 percent a year over the last decade, the average annual growth rate in 2011-12 fell to only 2.7 percent. Inflation rose slightly to nearly 5 percent a year because the government, through its subsidies policy, did not allow the increase in international energy and food prices to be reflected in the domestic cost of living. The external current account deficit widened dramatically from 5.7 percent of GDP in 2010 to 18 percent in 2012, and international reserves fell from $10.7 billion in December 2010 to $7.5 billion at the end of 2012.

The most immediate economic policy problem for Jordan is to bring its public finances under control. Excluding external grants, the fiscal deficit in 2012 reached 6.5 percent of GDP. The main factor underlying the deterioration of the fiscal accounts was the provision of untargeted and costly energy subsidies, particularly for electricity, which alone amounted to 1.2 percent of GDP. With the decline in Gulf aid and other foreign grants, the cost of petroleum products that Jordan bought in 2012 rose to $3 billion, a 60 percent increase over the cost in 2011, representing nearly 10 percent of GDP.

Given the fairly serious economic situation, Jordan turned to the International Monetary Fund (IMF) and in August 2012 reached agreement on a 36-month Stand-By Arrangement (SBA) for $2 billion, or 800 percent of Jordan’s quota in the IMF. Jordan became, along with Morocco, the first among the Arab transition countries to sign onto an IMF program. The key objective of the program was to provide financing to the Jordanian government authorities to correct fiscal and external imbalances gradually without harming growth. The most important condition attached to the program was that Jordan had to replace its existing subsidy system with a more efficient and less costly one targeted to lower-income groups.

The transformation of the subsidy system would also reduce the cash deficits incurred by Jordan’s National Electric Power Company (NEPCO). In recent years the NEPCO deficit surged from JD 161 million ($227 million) in 2010 to JD 1.1 billion ($1.55 billion) in 2011, equivalent to 3.8 percent of GDP. In 2012 it rose to JD 1.2 billion($1.7 billion). The NEPCO deficit does not appear in the fiscal accounts because it is financed by borrowing with government guarantees. However, it is reflected in government debt, which rose from 60 percent of GDP in 2010 to nearly 70 percent in 2012.

The government embarked on reforming the subsidies system in November 2012 by lifting energy subsidies while instituting a fuel compensation program to protect low- and medium-income citizens against price hikes. About 70 percent of Jordanians stand to benefit from the compensation program. Furthermore, in February 2013, the government imposed a 4 percent fuel price hike with plans for a second round of energy reforms scheduled for May along with a new power rationing scheme this summer. On April 1, however, the government decided to reduce fuel prices by 5-7 percent to reflect a decline in global prices.

Following a visit to Amman, the IMF’s Deputy Managing Director Nemat Shafik praised the government for following “sound macroeconomic policies” and taking “decisive steps” to address the challenges the economy faced in 2012. Shortly thereafter in April the country secured the second tranche of $385 million from the IMF. The endorsement of the IMF that the program is on track will undoubtedly help Jordan to obtain additional financing from the GCC and in a successful issuance of a $500 million bond that Jordan has planned.

The Syrian crisis was yet another unanticipated blow to Jordan’s financial situation. The influx of Syrian refugees has cost Jordan $550 million so far. To offset the increased expenditures and in anticipation of further expenditures, Jordan’s government requested $1 billion from the international community. President Obama during his March 2013 trip to the country pledged $220 million in aid and committed to work with the United States Congress to secure anywhere from $1.5 to 2 billion in US guarantees to help Jordan borrow at a much lower rate on international markets. At the same time, the Central Bank of Jordan issued $1.5 billion in US-guaranteed euro bonds to raise resources to cover the budget and external deficits.

Despite the challenges of 2011-12, a number of positive developments are emerging this year. Jordan’s economy is forecast to grow by more than 3 percent in 2013 as compared to 2.8 in 2012, due to increased government spending, higher domestic consumption, and a recovery in exports. The inflation rate is projected to increase slightly to 6 percent in 2013, compared to about 5 percent in 2012. The current account deficit will fall to 10 percent of GDP compared to 18 percent in the previous year. Evidence of this improvement in the external balances can be seen in the data for remittances and tourism revenues, which have increased in the first quarter of 2013 by 4.1 percent and 1.7 percent, respectively.

Unfortunately, however, unemployment continues to rise and is projected to reach 13 percent in 2013, mostly affecting the youth who account for about 50 percent of the unemployed. This is the issue that hangs over the Jordanian policymakers; if not addressed, it could well be the undoing of the economic and political reform program.

It is hard to say whether the projected gradual improvement in the economy will be enough to placate a restive population. Although the IMF was mindful of domestic political pressures and did not push for faster adjustment and greater austerity that could endanger growth and social stability, the projected growth rate in the near term will still be too low to create enough jobs to make a significant dent in the unemployment rate. The question is, can the government bring the fiscal and external imbalances under control without creating political disorder? In other words, it appears that the ruler and his government, as well as the IMF, are relying on the patience of Jordanians to accept relatively small improvements in the economy in the short run with the promise of improved future prospects.

Jordan is in a difficult quandary at this point. Even though its recent actions to engage with the IMF and rationalize its subsidy system have pleased the markets, it is unclear whether the Jordanian population is as pleased. The good news is that economic policymaking in Jordan is being managed by two experienced hands, Minister of Finance Umayya Toukan and Central Bank Governor Ziad Fariz. The hope is that Jordan will deliver on the economic front, but the danger of future political turmoil remains for the time being, and the country is not yet out of the woods.