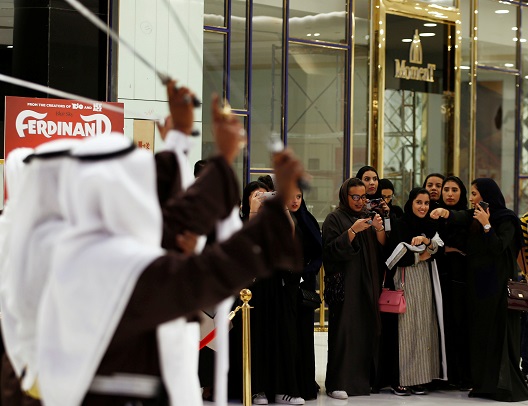 President Donald Trump famously bragged during his election campaign that “I could stand in the middle of Fifth Avenue and shoot somebody, and I wouldn’t lose any voters.” If the consensus of the US intelligence community is to be believed, Saudi Crown Prince Mohamed bin Salman may actually accomplish a comparable feat.

On a recent trip to Riyadh, I heard anger and frustration regarding the murder of Jamal Khashoggi. To my surprise, however, the Saudis with whom I spoke directed much of the blame toward the United States and others rather than their own government (though in private I heard some of this).

These Saudi interlocuters argued that the United States has been an inconstant ally of late, and that it and other enemies of Saudi Arabia (a list which was never defined, but appeared to include Iran, Turkey, Qatar, the Muslim Brotherhood, and Democrats in Congress) are using the Khashoggi incident to undermine its stability. Clearly the convoluted, funhouse-mirror nature of today’s populist nationalist rhetoric is not confined to the West.

As bizarre as this argument may sound, it is important to understand its logic. So long as the world continues to power its cities, cars, and consumer products industry using petroleum, the United States will need to find a way to maintain a working relationship with the Kingdom of Saudi Arabia. For three-quarters of a century, in fact, the United States has had a productive partnership with the Kingdom based on shared threats and interests that extend far beyond oil, even as the divergences in our cultures and values often made that partnership problematic.

A little history is required to provide context to their argument. Shortly after the 1979 Iranian Revolution, Sunni religious extremists seized the Grand Mosque in Mecca, declared one of their own the Mahdi (or savior), and condemned the Saudi royal family as insufficiently pious. Their hope was to topple the monarchy and return the region to the early days of Islam. Saudi forces required two weeks to dislodge the rebels, and that was with French and Pakistani assistance. The event spooked the Saudi leadership regarding the prospect of the religious messianism bubbling up in Iran repeating itself within their borders. Their response was to empower further the Saudi religious establishment, who clamped down on western cultural influence, rewrote school curriculum to emphasize religious indoctrination, and expanded the writ of the country’s religious police to enforce virtue on the streets. One of the world’s most conservative and inward-looking societies became even more so.

For generations of Saudi youth, the changes were a kind of life sentence. They found their social life restricted, with few public gatherings or forms of entertainment permitted. At school, they spent interminable hours memorizing rote Koranic verses with teachers preaching state-sponsored propaganda. Such an education, combined with an economy built on oil, severely limited their career prospects, which consisted at best of the sinecure of a government job. In what had always been an extremely patriarchal society, Saudi women found their life horizons even more constricted. They were denied in most instances the right to work, seek higher education, drive, or marry or move without the consent of a guardian. Successive Saudi kings—all sons of the founder of modern Saudi Arabia, King Abdul Aziz—introduced sporadic reforms, but for the average Saudi not much dramatically changed.

Then King Salman, the last of King Abdul Aziz’s sons in the line of succession, ascended to the throne and elevated his own son, Prince Mohammed bin Salman, to the positions of defense minister and deputy crown prince. The latter, popularly know by the initials “MbS,” used the platform to propose a series of far-reaching economic and social reforms, now known as Vision 2030. Movie theaters are opening in the Kingdom (with AMC under license to develop up to a hundred). Big-name stars such as Mariah Carey and The Black Eyed Peas have performed concerts. The Kingdom has contracted Six Flags to build one of several recreational parks in an area outside Riyadh that will dwarf Disney World in size. World-class sporting events such as a Formula-E race and a European Tour professional golf tournament have been staged. More critically for the average Saudi, the government has stripped the religious police of much of their legal authority, and they are no longer a pervasive presence in public places. And women, finally, are allowed the right to drive.

Vision 2030 promises even greater changes on the economic side, though these will take longer and likely be far more challenging, or even impractical, to implement. The plan calls for the Kingdom to diversify its economy rapidly beyond oil by empowering the private sector; making strategic investments in downstream petrochemical-based industries, defense manufacturing, and tourism; and exploiting the country’s strategic position to become a regional logistics hub. The Saudi government is continuing the practice begun by the previous king, Abdullah, of supporting financially the undergraduate, graduate, and post-graduate educations of tens of thousands of Saudi citizens studying abroad each year, albeit in reduced numbers. It is endeavoring to support and promote entrepreneurship and to find other ways to provide jobs for the 25% of Saudi youth who are unemployed.

To westerners, all of these may seem like small steps in what has been a brutally repressive petro-state, but for many ordinary Saudis they are life-changing. And they credit one person for initiating these far-reaching changes: MbS. He has become the face of reform in the Kingdom and appears to enjoy significant support among younger Saudis because of it. He has used this popularity to consolidate his position and brutally outmaneuver his cousin, former Interior Minister Prince Muhammad bin Nayef, to become second in the line of succession to his father.

The Khashoggi killing has highlighted the conundrum that the new Crown Prince presents for the United States. For most of modern Saudi Arabia’s history, power and resources were carefully divided amongst the different branches of the royal family—the sons of King Abdul Aziz and their progeny—and decisions taken on the basis of consensus, as a way of assuring comity within the House of Saud. In a clear case of “be careful what you wish for,” US policymakers long bemoaned the glacial pace at which Saudi decision making took place.

Now King Salman and his son, MbS, have consolidated much of this power for themselves. MbS, in particular, has demonstrated that he can be decisive, but impulsive and reckless as well. He committed Saudi Arabia to intervening in the war in Yemen seemingly without much forethought as to whether its forces had the military capabilities to achieve their objectives. His roundup of wealthy Saudi businessmen and princely rivals at the Ritz Carlton, his temporary detention of Lebanese Prime Minister Saad Hariri, his continued imprisonment and alleged torture of women’s rights activists and other critics, and his decision on a recent trip to Mecca to walk atop the Kaaba, the holiest site in Islam, all seem rather rash moves. None more so, though, than the murder of Jamal Khashoggi, which now appears to have been part of a larger clandestine operation, approved by MbS, to apprehend dissenters.

Prominent Americans, including members of Congress, have called for his sidelining or removal from the line of succession. This appears unlikely given his significant popularity, particularly among Saudi Arabia’s younger generations. Many credit him with having transformed the trajectory of the country and their own lives, and seem willing to overlook his violent transgressions. King Salman, according to some reports, is concerned by his son’s behavior, but within a notoriously opaque political system there seem to be no forces lurking in the shadows capable of contesting his eventual succession to the throne.

More likely, we will have to accustom ourselves to Mohammed bin Salman as the next king of Saudi Arabia. That will present a profound challenge for the United States given its interest above all in stability in the region. Skillful US diplomacy will be required to prevent MbS from acting on his own worst impulses and to press him to build more mechanisms of accountability into the Saudi political system, while holding him to his commitment to Saudi citizens to build a more open and vibrant society over the long term.

Stephen Grand is a nonresident senior fellow with the Rafik Hariri Center for the Middle East and a visiting professor at the Free University and Erasmus University in the Netherlands.