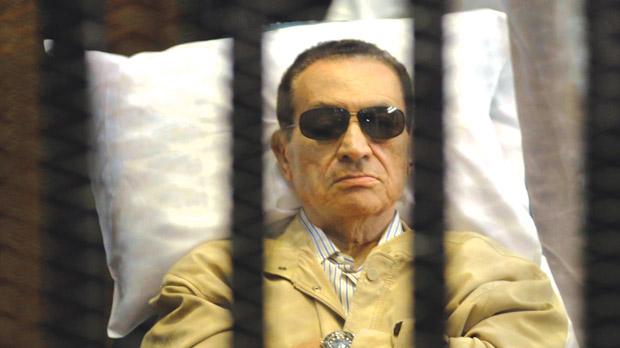 Officials say an Egyptian court has ordered the release of ex-President Hosni Mubarak. Egypt’s prosecutor announced he will not appeal against the court’s decision.

Government’s political program for the implementation of the road map
Prime Minister Dr Hazem El-Beblawi announced the government “program to protect the democratic process,” which includes insisting on the provision of security and stability for citizens and the participation of all political forces who have no blood on their hands and remain unarmed. The eleven-point plan includes abiding by the roadmap laid out in the latest constitutional declaration, providing security to maintain order and fight terror, institution-building, lifting the emergency law and introducing legislation to protect civil liberties, regulating demonstrations in accordance with international norms, having political parties commit to non-violence, protecting the press and free expression, addressing social justice issues, and applying a transitional justice program. [Ahram (Arabic), 8/21/2013]

Islamist alliance encourages civil disobedience in Egypt
The National Alliance to Support Legitimacy has called for a gradual escalation that would lead to civil disobedience in protest against what it described as a military coup in Egypt. The Islamist coalition, however, reiterated its refusal for violence and sabotage. In a statement released Tuesday on Egypt’s crisis and future, the alliance said: “For the first time in its history, Egypt is currently witnessing a period of turmoil which stands as a clear threat to the country’s unity and stability.” [Ahram Online, Ikhwanweb, 8/20/2013]

No civil war, elections expected within nine months – PM
Egyptian interim Prime Minister Hazem El-Beblawi said on Tuesday that he did not fear that a civil war would erupt in the country, adding that Egypt will have “some continuous problems in the coming weeks and perhaps coming months.” “Egypt is not on the same path to civil war that we have seen in some neighboring countries,” Beblawi said in an interview the American network ABC News. The interim prime minister warned that any decision by Washington to cut military aid to Egypt “will be a bad sign and will badly affect the military for some time.” He added that Egypt’s army could survive without the $1.3 billion in military aid from the United States as Saudi Arabia, the United Arab Emirates and Kuwait have pledged billions of dollars in aid to the new Egyptian government in recent weeks. Meanwhile, the cabinet plans to discuss an initiative for canceling the emergency law, proposed by Ziad Bahaa-Eldin, the Deputy Premier and Minister of International Cooperation. [Aswat Masriya, Egypt Independent, SIS, 8/21/2013]

Also of Interest:
Mahdy: Interim justice not applicable to those who adopted violence | SIS

Court orders Mubarak’s release, Egypt’s prosecutor will not appeal
Officials say an Egyptian court has ordered the release of ex-President Hosni Mubarak. The Wednesday decision comes in a hearing on charges against Mubarak of accepting gifts from a state-owned newspaper, the last case that has kept the ailing leader in detention. Egypt’s prosecutor announced he will not appeal against the court’s decision. A judicial source told state newspaper Al-Ahram, Mubarak is to be released within hours, but he will remain on the travel ban list and his assets will remain frozen. The court ruled that there is no reason to imprison Mubarak on graft charges, as he repaid the value of the gifts, and other defendants facing similar charges were released after repayment. Mubarak’s lawyer, Farid al-Deeb also announced that Mubarak’s imprisonment on the graft charges was due to an error committed by the previous prosecutor-general, as the court reversed the order to detain Mubarak in January 2013. [Ahram Online, Reuters, Aswat Masriya, AP, EGYNews (Arabic), Shorouk (Arabic), ONA (Arabic), 8/21/2013]

Amended draft of Egyptian constitution passed to president
After a month of deliberations and revisions, a ten member technical committee entrusted with amending Egypt’s 2012 constitution has finished its task. On Tuesday, the committee handed an amended copy of the constitution to Adly Mansour, Egypt’s interim president. The copy will be discussed by a fifty member committee representing major stakeholders in Egyptian society. The committee’s proposed changes, as reported by Ahram Online, can be seen here. Meanwhile, Chancellor Ali Awad, rapporteur of the interim constitutional committee told Al-Ahram that the draft is being reviewed and will be revealed by Saturday at the latest. [Ahram Online, Ahram (Arabic), 8/21/2013]

Egypt to use Gulf billions to spur economy
Egypt plans to avoid raising taxes or cutting spending but instead use billions of dollars in aid pledged by Gulf Arab states to spur the economy through new investments, Finance Minister Ahmed Galal said on Tuesday. Meanwhile, Egypt’s petroleum ministry received a report confirming that the oil-rich Gulf States are fully obliged to their pledges of supplying the country with the needed fuel products. Saudi Arabia and Kuwait have already met part of their promises that comprise $2 billion and $1 billion in energy and oil products, respectively. For its part, United Arab Emirates (UAE) has sent seven shipments of fuel in July worth $225 million following the ouster of Islamist president Mohamed Morsi. [Reuters, Ahram Online, 8/20/2013]

Rights groups concerned over sectarian violence, treatment of refugees
The Egyptian Initiative for Personal Rights (EIPR) warned against extensive sectarian violence following the dispersal of the sit-ins supporting former president Mohamed Morsi in Cairo and Giza on August 14 in a statement on Tuesday and condemned the “systematic targeting” of churches and properties owned by Christians. In addition, twelve Egyptian human rights organizations on Tuesday expressed deep concern over the detention of dozens of Syrian and Palestinian refugees holding Syrian documents in Alexandria, though most of them have visas. The Arab Network for Human Rights Information also denounced the armed forces for their excessive use of violence in killing journalist Tamer Abdel Raouf of Al Ahram on Monday. [DNE, Egypt Independent, Shorouk (Arabic), 8/21/2013]

High-profile pro-Brotherhood preacher, FJP media advisor arrested
Islamist preacher Safwat Hegazy and Freedom and Justice Party media advisor Mourad Ali were both arrested early on Wednesday. Hegazy was arrested at the entrance to Marsa Matrouh’s Siwa Oasis as he was headed to the Egyptian borders with Libya, according to security sources. Ali was arrested before boarding a plane to Rome on Italian airlines. Meanwhile, the Egyptian prosecution extended the detention of Muslim Brotherhood Supreme Guide Mohamed Badie and started investigations into charges against him. Badie has denied the charges he faces. Heliopolis prosecution also ordered the detention of Muslim Brotherhood member Alaa Hamza for fifteen days again, pending investigations into charges of holding anti-Morsi protesters against their will during the December 2012 presidential palace clashes. The Ministry of Interior arrested thirty-eight Muslim Brotherhood members at a Beni Suef school with arms in their possession, while 127 members were detained in Fayoum, among them seven Brotherhood leaders. Another two Brotherhood members have been detained for fifteen days in Qalyubiya, charged with possession of “seditious” leaflets inciting against the Armed Forces. A Cairo prosecution office on Tuesday also ordered the detention of nine foreign nationals for fifteen days pending investigations into the violence that erupted in downtown Cairo on Friday. The detainees include four Irish citizens of Egyptian origin, two Syrians and a Turkish journalist. [Ahram Online, DNE, Aswat Masriya, Egypt Independent, Mada Masr, AMAY (Arabic), 8/21/2013]

Egypt arrests twenty-six for Sinai violence
The Egyptian authorities arrested fifteen people on Wednesday for involvement in the violence that swept Sinai since the ouster of Islamist President Mohamed Morsi, security sources said.  Seven of the detained suspects are Palestinians and four are Egyptian nationals who lived in a rented apartment in Arish that supporters of Morsi used to attack security checkpoints, according to the sources. The sources added that the army arrested four people near a tunnel connecting Egypt to Gaza, as they were suspected for joining a militant group that planned more attacks in Sinai. The armed forces also arrested eleven suspects early Tuesday morning for the killing of twenty-five central security conscripts Monday following a military campaign to “capture the perpetrators.” [Aswat Masriya, DNE, Egypt Independent, 8/21/2013]

EU foreign ministers weigh Egypt aid, policy at emergency talks
At a meeting to discuss developments in Egypt, European Union (EU) foreign ministers are “strongly condemning” the recent violence in Egypt but stopping short of halting aid programs for fear of hitting ordinary citizens. The bloc’s foreign policy chief Catherine Ashton said Wednesday the EU is calling on all sides to go back to the negotiating table to avoid further bloodshed. She says all EU states agreed to suspend export licenses for weapons or goods that could be used for internal repression. She says they will also review their aid programs.  [Reuters, AP, Mada Masr, Shorouk (Arabic), 8/21/2013]

United States takes tougher line with Egypt but denies aid cut
The United States on Tuesday adopted a harder line toward Egypt’s military-backed government, stressing that its bloody crackdown on protesters could influence US aid to Cairo but denying reports that it has suspended the assistance. President Barack Obama convened a meeting of his national security team on Tuesday to discuss Egypt and the review of American aid to the country. US officials said they do not expect any immediate decision about the aid. At issue is the future of about $1.23 billion in US military assistance and about $241 million in economic aid to Egypt, a close US ally for three decades until long-time authoritarian ruler Hosni Mubarak was toppled in 2011 after a popular revolt. [Reuters, AP, 8/21/2013]