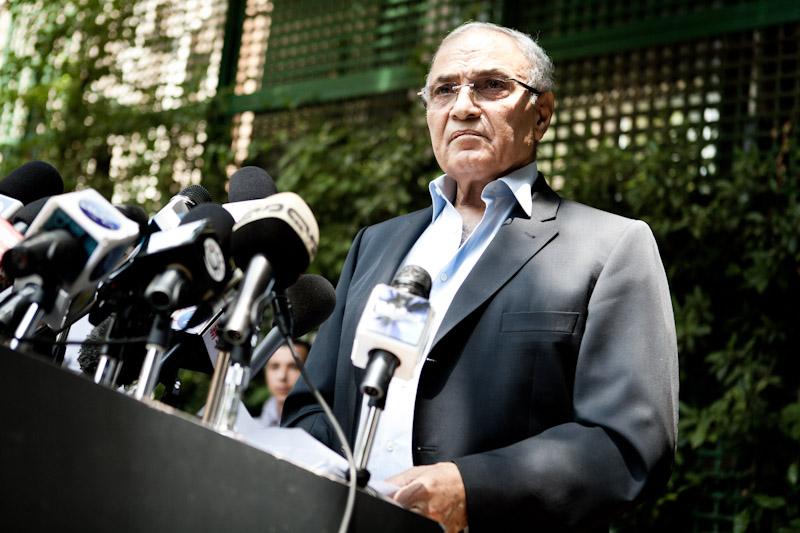 New Justice Minister Ahmed Mekky, respected for his battles for the independence of the judiciary under Mubarak, has proposed an amendment to the Emergency Law in preparation for the reinstatement of the state of emergency.

[Egypt Independent, 9/11/2012] New Justice Minister Ahmed Mekky, respected for his battles for the independence of the judiciary under Mubarak, has proposed an amendment to the Emergency Law in preparation for the reinstatement of the state of emergency. While Mekky and his supporters justify the move with reference to the continuing security crisis in Egypt, and an increase in “thuggery,” lawyers and human rights experts reject the proposals, asserting that these problems can be solved using standard laws.

[allAfrica, 9/11/2012] Former presidential candidate Ahmed Shafiq said that redoing parliamentary and presidential elections after the ratification of a new constitution is Egypt’s best bet. Shafiq clarified to Al-Ahram that one of his recent statements made to a satellite channel was misinterpreted; where he did not mean for President Mohamed Mursi’s presidency to be put to referendum, as used to happen during Hosni Mubarak’s rule, but for the entire electoral process to be redone.

Assembly Member: The President will complete his term under the new constitution

[EGYNews (Arabic), 9/11/2012] Counselor Ramadan Battikh, constitutional law professor at Ain Shams University and member of the Constituent Assembly, confirmed that the Assembly is nearing completion of its work, finding broad consensus among its members without the distraction of the legal cases against it. He explained that under the new constitution, the Assembly discussed the need for the continuation of the country’s institutions, including the presidency, and for draft provisions that allow its continued work beyond the interim period.

[AP, EGYNews.net (Arabic), Akhbarak (Arabic), 9/11/2012] Egyptian officials say Hosni Mubarak’s last prime minister, Ahmed Shafiq, has been referred to trial on corruption charges in a case involving the ousted leader’s sons. He has repeatedly denied corruption allegations and has said they are politically motivated. The officials said Tuesday Shafiq has been referred to trial on charges linked to his time as the chairman of a housing association in the 1990s when he allegedly sold plots of land at a fraction of their value to Mubarak’s sons, Gamal and Alaa. Some reports also indicate an order from Osama al-Si`idi for his arrest and detention.

[Ahram Online, 9/10/2012] April 6th Youth Movement intends to file a complaint against the former leaders of the Supreme Council of the Armed Forces (SCAF), including ex-minister of defence Hussein Tantawi and ex-General Hussein El-Roueini, accusing them of turning a blind eye to accusations filed by the movement earlier last year.

The group explains it filed a complaint in mid-2011 against Tantawi and El-Roueini accusing them of defaming the movement in the SCAF’s sixty-ninth communique issued on 23 July, where the SCAF wrote that the April 6th Youth Movement was "turning the people against the army."

[Ahram Online, 9/10/2012] The head of the Freedom and Justice Party (FJP) has told visiting US officials that Egypt’s economy is in safe hands, and predicted further wins for the Islamist group in parliamentary elections slated for late 2012. Essam El-Erian, a Muslim Brotherhood veteran and president of the FJP, met on Monday with Michael Froman, the US deputy national security adviser for international economic affairs.

[Egypt Independent, 9/11/2012] A secret meeting between the Muslim Brotherhood’s Deputy Supreme Guide Khairat al-Shater and a number of tribal chiefs from Sinai’s Sheikh Zuwayed and Rafah was held Monday in Cairo, according to Abdel Rahman al-Shorbagy, the North Sinai secretary for the Brotherhood’s Freedom and Justice Party. The meeting discussed the security situation in Sinai and its economic future in light of plans to establish a free commercial zone in the city of Rafah, Shorbagy told Al-Masry Al-Youm. It also tackled reactions to anti-militant operations in Sinai by the Armed Forces.

[Egypt Independent, 9/11/2012] Media and press freedom organizations have criticized the appointment of figures close to the Freedom and Justice Party to leading positions in state newspapers and demanded the cancellation of laws they say hinder the freedom of journalists and allow them to be prosecuted. The New York-based Committee to Protect Journalists said that comprehensive reforms to press laws in Egypt must be made.

[Egypt Independent, 9/11/2012] The papal election appeals committee plans on finalizing voter lists and investigating the appeals against them by Tuesday, church authorities said on Monday evening. Voters who are registered at churches that are not affiliated with a bishop will be removed from the registration list, said Mansi Thabet, a member of the papal elections registration committee.

[Egypt Independent, AMAY (Arabic), Dostor (Arabic), 9/11/2012] Cairo has agreed to open an office representing the Palestinian faction Hamas, an Egyptian source told the London-based newspaper Al-Hayat, saying that both sides agreed to locate the office in the Fifth Settlement. The source, who asked not to be named, said Egyptian approval came after discussions between Egyptian intelligence officials and Hamas leaders. As a result of the discussions, a joint security panel has also been formed to manage border between Egypt and the Gaza Strip, the source said.

Regional quartet on Syria to stay in touch -diplomat

[Reuters, EGYNews (Arabic), 9/11/2012] Egypt, Saudi Arabia, Turkey and Iran will pursue contacts on a solution to Syria’s conflict after launching talks in Cairo that grouped one ally and three opponents of President Bashar al-Assad, a senior diplomat said on Tuesday. The diplomat, who was involved in the talks, did not elaborate on further gatherings. But Egyptian Foreign Minister Mohamed Kamel Amr had said shortly before the discussions on Monday evening that delegates would prepare for a ministerial meeting in Cairo in "coming days". In related news, President Morsi met with UK Foreign Minister William Hague to discuss Syria, who also extended David Cameron’s invitation to visit London.