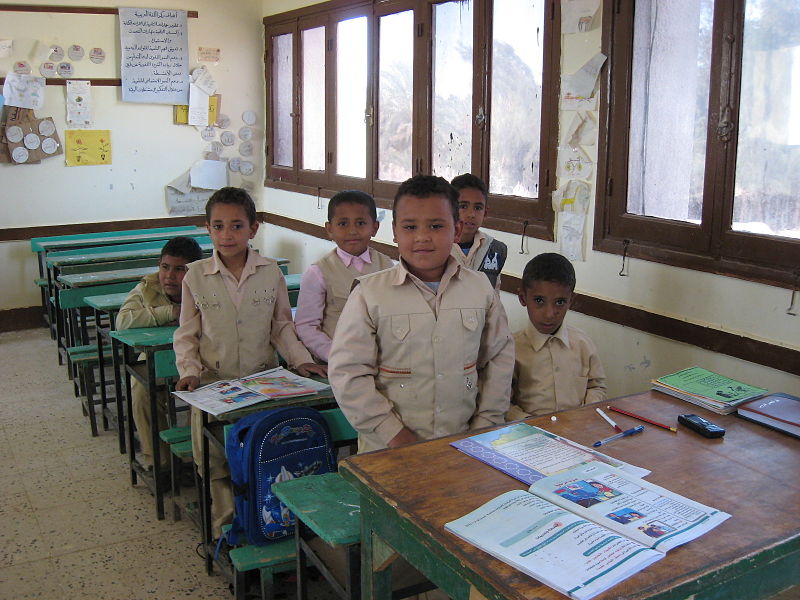 Al-Azhar and the Ministry of Education (MoE) have agreed to work together in order to reform the education system in Egypt. The reforms are to be implemented at the start of the next academic year.

Egypt’s Mursi Wants Police Violations Investigated
Egyptian President Mohamed Mursi stressed on Tuesday on the importance of investigating the latest cases of police violations of human rights, said his Spokesman Yasser Ali. "Post-revolution Egypt will not allow violations", Mursi said in his meeting with the interior minister on Tuesday, adding that preserving the dignity and human rights of the Egyptian people is on his administration’s priority list. [Aswat Masriya, 10/31/2012]

Ministry of Education and Al-Azhar to discuss education reform
Al-Azhar and the Ministry of Education (MoE) have agreed to work together in order to reform the education system in Egypt. The reforms are to be implemented at the start of the next academic year. Dr Mohamed Mostafa Gemeaha, the media spokesperson for Al-Azhar confirmed that representatives from Al-Azhar and the MoE will hold meetings “to discuss ideas to reform education in Egypt. They will discuss reforms concerning all subjects at all levels of education.” [DNE, 10/30/2012]

Court rules no jurisdiction to cancel or modify Israel treaty
The Court of Administrative Justice on Tuesday said it has no jurisdiction to consider a lawsuit demanding the repeal or amendment of the peace treaty between Egypt and Israel. The court said is does not have jurisdiction over questions related to sovereignty. The lawsuit requested that Egypt and Israel renegotiate the appendices relating to the security of the Sinai Peninsula, as the agreement allows only 750 unequipped border guards and police to be present there. [Egypt Independent, Ahram Online, 10/30/2012]

Representatives of workers and farmers reject the draft constitution
Representatives of the workers and peasants, in their meeting at the General Union of Trade Workers, attended by the Egyptian Trade Union Federation and the General Union of Egyptian Farmers, refused to accept the draft constitution that removed the stipulation that 50% of elected assemblies include workers and peasants. [Shorouk (Arabic), 10/31/2012]

Ministry says building new power station in Suez at LE4.5 bln
The Ministry of Electricity and Energy said on Wednesday that it is moving forward with plans to build a steam-electric power station in Suez. The station is expected to be operational in late 2015. Electricity Minister Saad Mahmoud Balbaa said in a statement issued on the ministry’s website that the project is part of a five-year plan to bolster the power grid to cater to increasing loads and development plans. [Egypt Independent, 10/31/2012]

Stores, restaurants to close early beginning Thursday, minister says
Local Development Minister Ahmed Zaki Abdeen told Al-Masry Al-Youm on Tuesday that a government order to close stores by 10 pm and restaurants and cafes by midnight would be implemented beginning Thursday in all governorates. The decision is final but reversible, he added. The state television website reported that a storeowner filed the first case against the early closure decision on Tuesday. Qalyubiya shopkeeper Ashraf Makram filed the case before the State Council Administrative Court. [Egypt Independent, DNE, EGYNews (Arabic), 10/30/2012]

Interior Ministry: Explosives and 12 suspects seized in “Nasr City cell”
The Interior Ministry said it monitored and managed to block the movements of criminal and subversive elements whose goal it was to undermine the country’s security and stability, arresting 12 suspects, and seizing large quantities of bombs and explosive materials, linked to a terror cell in Nasr City. In a statement released Wednesday, the ministry said that materials used to make IED’s and car bombs were seized along with RPG’s, TNT, hand grenades, and 3 Katyusha rockets. Yasir Ali, presidential spokesperson, said investigations thus far revealed the cell’s plan to target political figures. [AMAY (Arabic), Al-Sharq al-Awsat (Arabic), 10/31/2012]

Amid criticism from rights groups, police crackdown on Eid harassment
Security authorities in Cairo and Suez said they arrested 541 people during Eid al-Adha based on investigations of harrassment in the streets. More than 500 harassment incidents were reported in Cairo and 39 in Suez during the holiday of religious sacrifice which began Thursday. Security authorities in the capital registered 64 acts of public indecency and 438 incidents of harassment, of which eight were sexual, the Interior Ministry said in a statement Wednesday. [Egypt Independent, 10/30/2012]

Rights group: Policeman forced suspects to undress, put shoes in mouths
A local human rights organization is accusing a police officer in Qena Governorate of preventing eight suspects from eating while in custody and forcing them to undress and put their shoes in their mouths. The newly established Justice and Development Organization for Human Rights, a nonprofit organization working in Upper Egypt, said in a statement Wednesday that the suspects were arrested at Mana checkpoint in north Qena. They were reportedly taken to the city of Qena and then transferred to a prison holding facility without an investigation. [Egypt Independent, 10/31/2012]

Egypt’s striking doctors to form human chain for health reform Thursday
Egypt’s striking doctors announced they will form human chains from the Doctors’ Syndicate to the Ministry of Health in downtown Cairo, 1pm Thursday, in order to voice the demands of their month-long strike. The protest, which was announced via the strike’s official Facebook page last week, aims to communicate to the public the reasons behind the industrial action, in addition to exposing corruption within the ministry. [Ahram Online, 10/31/2012]

Pakistani Foreign Minister delivers Mursi an invitation to participate in summit
President Mohamed Morsi received Wednesday a letter from his Pakistani counterpart Asif Ali Zardari inviting him to attend the Group of Eight summit scheduled to be held in Islamabad from 19 to 21 November. [EGYNews (Arabic), 10/31/2012]