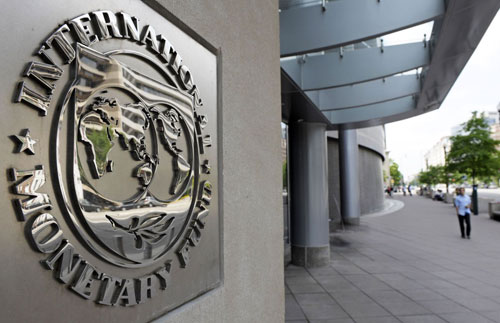 An International Monetary Fund (IMF) team arrived in Egypt on October 30, 2012 to negotiate with the Egyptian government a long-awaited $4.8 billion-plus loan. The IMF team led, by Andreas Bauer, is now in Cairo to have technical discussions on Egypt’s economic reform program to determine if it can be supported with a 1-year Stand-by Arrangement (SBA). This is the second time an IMF team is negotiating a program with Egypt since the Arab Spring. Back in June 2011, an IMF team reached an agreement on a program with the transitional government, contingent upon approval of the IMF’s Executive Board. At the time, the government and the military council decided that they did not want to go ahead with the loan arguing they did not want to add to the country’s debt burden, and that a program would have to be the decision of the future elected government.

After President Morsi was democratically elected and a government was in place, the IMF’s Managing Director Christine Lagarde visited Cairo in August to reaffirm the Fund’s commitment to assisting Egypt’s economic transition. At that time the president and the prime minister asked for the IMF’s financial support in light of a ballooning budget deficit which stood at 170 billion Egyptian pounds ($29 billion) at the end of June 2012, and the falling level of international reserves that had come down to only $15 billion (the same level as 2004).  The IMF had offered to address Egypt’s short and medium-term economic challenges by alleviating pressure on the budget and increasing growth rates. Such measures require improving the competitiveness of the economy and reforming the system of subsidies. At the IMF/World Bank Annual Meetings in Tokyo further discussions were held between the two parties and the Egyptian government invited the IMF to send a team to begin formal negotiations on a program by the end of October.

Now that Egyptian authorities are ready to proceed with an economic reform program it is possible that IMF talks could be delayed for a third time following a recent statement made by Abdullah Shehata, head of the economic committee of the Freedom and Justice Party. Shehata has argued that a loan is contingent upon the approval of an elected parliament. The position deviates from the government’s statement issued in September by Alaa El Hadidi, the spokesman for Prime Minister Hisham Qandil, where he stated that President Morsi had legislative powers and could approve any agreement. In August, the Brotherhood recognized the importance of an agreement with the IMF to support the deteriorating economy considering the generous terms and a low interest rate of 1 percent. Currently, the government is borrowing at much higher rates of interest, adding pressure on the budget.

If indeed it is the case that parliamentary approval is required, it is likely that an IMF program will not begin, and financing not made available, before the first quarter of next year at the earliest. A final constitutional draft is expected in the second week of November followed by a 30-day grace period. Once the final draft is accepted it will be subject to a public referendum, probably around late December. Within two months there will be parliamentary elections, postponing a parliamentary vote on the program to February-March of next year.  So if Shehata is correct, an IMF loan will once again be delayed.  Of course Morsi and FJP statements have not always been one of the same, but it is unlikely that the president will be willing to proceed with an IMF program without the support of his party. Earlier the markets felt that parliamentary approval would be an IMF condition for a program. It seems that this is now a condition the Egyptians are imposing on themselves.  In the meantime the financing requirements of the country continue to grow and Egypt will have to find other sources of financing and use its dwindling foreign exchange reserves. An IMF program is not only necessary but is also urgent.

Svetlana Milbert is assistant director of the Atlantic Council’s Rafik Hariri Center for the Middle East.

November 1 2012 Update: Abdullah Shehata has since denied his statements on the IMF loan, Speaking to Reuters about the loan being contingent upon the approval of an elected parliament, he said "This is not true, there are not any disagreements with the government. On the contrary, we are always accused of helping the government."