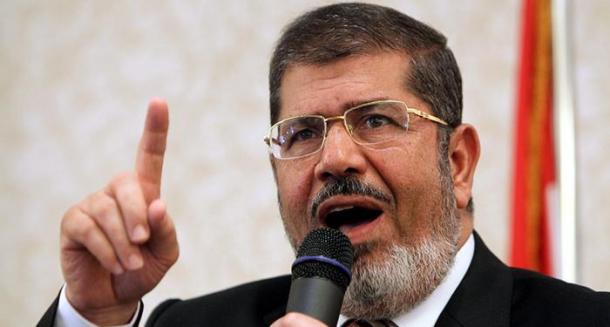 President Mohamed Morsi appointed ten new governors in key areas of Egypt including Cairo, North Sinai, Alexandria and Minya. The ten governors include four members of the Muslim Brotherhood and three army generals. Military generals were appointed as governors of North Sinai, the Red Sea and Suez governorates, all lying on the Egypt’s borders. The response to the appointments has been mixed. The April 6 movement was critical of several of the appointments, particularly in regard to the Red Sea and Minya governorates, while the Salafi Nour Party was also surprised that none of their members were among the newly appointed governors.

Speaking about the appointments, presidential spokesman Yasser Ali said, "The governors were chosen on the basis of efficiency, the ability to connect with the people, good reputation and not party affiliation." Ali also stated that the remaining 17 governors would remain in their positions.

The 10 new governors are as follows:

Osama Kamal, Governor of Cairo: Not to be confused with the Minister of Petroleum who goes by the same name, the new governor of Cairo, Osama Kamal, 53, is the former head of Banha University, a state university in the Nile Delta region north of Cairo. A professor of civil engineering, Kamal also served as Vice President for Community Service and Environmental Development at the university. He is also Deputy Head of the Engineers Syndicate. While not a member of the Muslim Brotherhood, Egypt Independent reports that Kamal “won the [Syndicate] election by running on the [Muslim] Brotherhood ticket.” The new Cairo Governor’s career has included working in the petroleum, petrochemical, and water and waste industries.

Saad El-Husseini, Governor of Kafr El-Sheikh: Saad El-Husseini is a civil engineer and member of the Muslim Brotherhood and was a Member of Parliament prior to its dissolution, where he was chair of the Budget and Planning Committee, and was the Freedom and Justice Party’s (FJP) parliamentary spokesman. Al-Husseini was also a member of parliament under the Mubarak regime, from 2005 to 2010. In 2008, he became a member of the Muslim Brotherhood’s Guidance Bureau. Al-Husseini was arrested several times, appearing before a military court in 1995, and was arrested again in 2004 during anti-regime demonstrations.

Mohamed Atta Abbas, Governor of Alexandria: The former Deputy of the State Council, Chancellor Mohamed Atta Abbas has been appointed governor of Alexandria, despite rumors that had indicated that the Freedom and Justice Party’s former Member of Parliament Hassan El Prince would be taking up the post. Abbas, who graduated from the Faculty of Law in 1973, was the head of the Administrative Court prior to taking up his new position.

Yehia Eissa Farghaly, Governor of Minya: Mostafa Kamel Eissa is a member of the Muslim Brotherhood as well as a former professor at Minya University.

Yehia Hassanein Mekheimar, Governor of Sohag: Yehia Hassanein Mekheimar, the Dean of the Faculty of Engineering at Sohag University, has already come out with a statement saying that he does not belong to any political party, and described himself as a technocrat. A professor of Civil Engineering, Mekheimar has earned several degrees as well as receiving numerous awards including an award from the University of Assiut in 2000 for his scientific research in the field of engineering.

Mohamed Ali Beshr, Governor of Munofeya: The last of the Muslim Brotherhood governors, Mohamed Ali Beshr, is also a member of the Brotherhood’s Guidance Bureau as well as a Professor of Electrical Engineering at Munfeya University. Beshr served in the Egyptian Armed Forces from 1974 to 1976, joining the Muslim Brotherhood in 1979. The 67 year old governor, like his Muslim Brotherhood counterparts was arrested several times under the Mubarak regime, and was also referred to military court, receiving a three year sentence in 1999. Released in 2002, he was arrested once again in 2007, and was again sentenced to 3 years in prison by a military court. Beshr was released from prison in January 2010.

Samir Aglan, Governor of Suez: Samir Aglan, 62, a former police general, fought in the 1973 October War and is the former Director of Marsa Matrouh’s investigation directorate. Retiring from his position in 2004, he went on to work as a manager at a petroleum company. Aglan has not served in an administrative position in the government in the past.