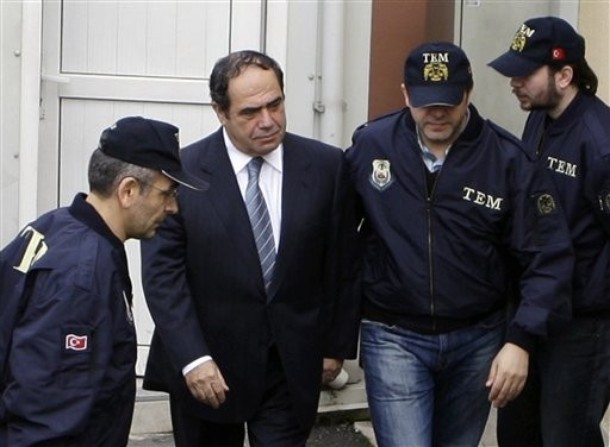 From Suzan Fraser, the AP:  A Turkish court ruled Friday that 133 current and former military officers must be jailed pending the outcome of their trial on charges of plotting to overthrow the government and issued warrants for the arrests of 29 other officers, the state-run Anatolia news agency reported.

The officers, including several high-ranking generals, are on trial accused of conspiring to topple Prime Minister Recep Tayyip Erdogan‘s Islamic-oriented government in 2003. All but one officer had been free until Friday’s hearing. …

The hearing was adjourned until March 14.