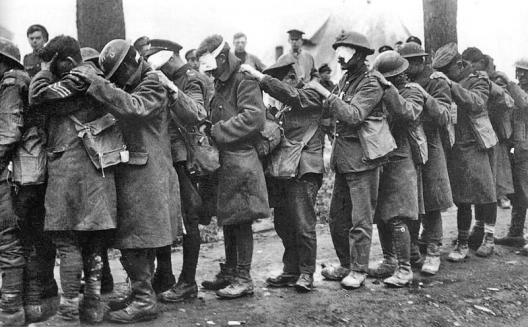 The history of the outbreak of war 100 years ago and of the collapse of the fragile balance of power in Europe in the summer of 1914 is a disturbing tale of the failure of the governing elites and the military, but also of diplomacy. This is not only the case for the fateful days of July 1914. Relations between the continental great powersand their interlinked or even interrelated ruling dynasties had been built on sand long before the chain of political misjudgments and military mobilisation was set in motion. . . .

It is extremely fortunate that the prospect of war breaking out in the heart of Europe has become unimaginable. In the place of a fragile balance of constantly shifting alliances and following the crimes against humanity perpetrated by Germany during the second world war, we have built a European community of law. Through the European Union, we have found a way to resolve our differences peacefully. Instead of the law of the strong, Europe is governed by the strength of the law. . . .

The loss of trust in the European project which has accompanied the economic crisis in Europe, in recent years particularly prominent in the young generation hit by unemployment and the lack of prospects in large parts of the EU, holds great danger. In such an atmosphere, it is easy to fall back on nationalist rhetoric, sung to the catchy tune of criticism of Europe. Given our history, we must firmly resist this. . . .

The outbreak of war in 1914 put an end to the initial phase of globalisation. Europe’s economies and cultures were so closely intertwined that at the time, war seemed impossible, irrational and against each country’s own interests. Yet it still broke out.

Today, our world is more interconnected than ever. This offers many opportunities; it creates wealth and new freedoms. Yet our world is also vulnerable, full of friction points and conflicts of interest. Prudent foreign policy and diplomatic craftsmanship are more important than ever now. . . .

Can we rule out something similar happening today? The answer depends solely on us, on us being responsible and on the lessons that we take from history.