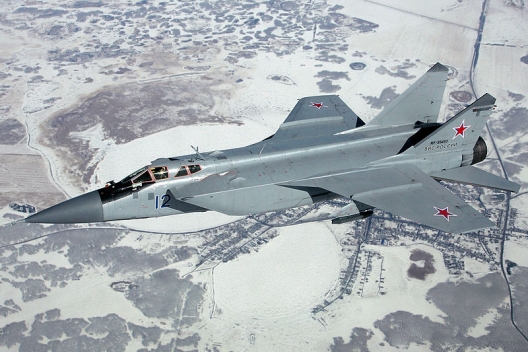 It’s not surprising that Russia has prepared its military for arctic operations better than any other country. . . .

Icebreakers: The single most important vessel for access to the arctic is the icebreaker, and Russia retains the most extensive fleet of icebreakers anywhere in the world. Warming does not eliminate arctic ice, but instead makes the movement of ice more fluid and less predictable. As access to the Arctic improves, and as the commercial interest in exploiting the region increases, the movement of ice and increased frequency of military and civilian use will make icebreakers more necessary than ever. . . .Icebreakers guarantee Russian military access to the Arctic with a certainty that no other country enjoys. This gives Russia great freedom in planning its military and resource access strategy in the polar region. . . .

Akula:  The premier Russian nuclear attack vessel remains the Akula, a monster of a boat that can carry a vast arsenal of weapons. Although built in the 1980s, the Akula can operate effectively in anti-submarine roles (either under the ice or under open seas), and in anti-shipping roles (where a reduction in surface ice can make cruise missiles somewhat more effective). The Akula isn’t quite as quiet as its Western counterparts, but it makes up for that deficiency in size and weapons load. The Russian Northern Fleet, normally tasked with arctic ops, currently maintains six Akulas, which regularly operate under the icepack. . . .

MiG-31:  Operating from bases along the rim of the Arctic, the MiG-31 Foxhound—a fast, long-legged interceptor developed from the MiG-25 Foxbat, can cover a lot of space.The MiG-31 and its predecessor were designed to hunt and kill American bombers as they attempted to penetrate Soviet air defenses. . . .Russia operates around 200 MiG-31s between the Navy and the Air Force, and has taken steps to revive and improve the infrastructure to support its arctic airbases.

Tu-95/Tu-142:  The Tu-95 (and its maritime variant, the Tu-142) are particularly at home in the cold, bleak skies of the arctic, where land bases are distant and carrier operations often impractical. In its classic Tu-95 variant, the Bear can carry anti-ship and anti-surface cruise missiles. Its maritime patrol variant, the Tu-142, can conduct anti-submarine operations. With a combat radius upwards of 3000 miles, the Bear can operate well beyond the reach of land- and carrier-based fighters, which is fortunate, because the Bear can no longer run from enemy interceptors.

Special Forces:  Russian special forces have long prepared for warfare in the arctic. During the Cold War, Spetsnaz teams trained to attack NATO installations in Norway, the Faroes, Iceland and elsewhere. In recent years, Russia has stepped up training of special-forces formations intended for deployment in the Arctic. Submarines, aircraft and surface ships can deliver these teams, which can take and hold inaccessible areas, conduct reconnaissance and disrupt communications.

Robert Farley is an assistant professor at the Patterson School of Diplomacy and International Commerce. He blogs at Lawyers, Guns and Money and Information Dissemination and The Diplomat. Follow him on Twitter:@drfarls.