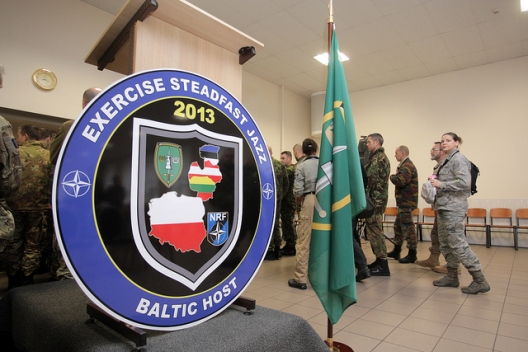 Much depends on how clearly the West conveys to the dictator in the Kremlin — a partially comical imitation of Mussolini and a more menacing reminder of Hitler — that NATO cannot be passive if war erupts in Europe . If Ukraine is crushed while the West is simply watching, the new freedom and security in bordering Romania, Poland and the three Baltic republics would also be threatened.

This does not mean that the West, or the United States, should threaten war. But Russia’s unilateral and menacing acts mean the West should promptly recognize the current government of Ukraine as legitimate. Uncertainty regarding its legal status could tempt Putin to repeat his Crimean charade. The West also should convey — privately at this stage, so as not to humiliate Russia — that the Ukrainian army can count on immediate and direct Western aid so as to enhance its defensive capabilities. There should be no doubt left in Putin’s mind that an attack on Ukraine would precipitate a prolonged and costly engagement, and Ukrainians should not fear that they would be left in the lurch.

Meanwhile, NATO forces, consistent with the organization’s contingency planning, should be put on alert. High readiness for some immediate airlift to Europe of U.S. airborne units would be politically and militarily meaningful. If the West wants to avoid a conflict, there should be no ambiguity in the Kremlin as to what might be precipitated by further adventurist use of force in the middle of Europe.

Zbigniew Brzezinski was national security adviser from 1977 to 1981.