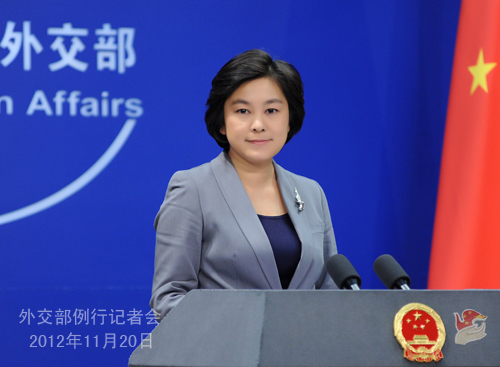 China’s Foreign Ministry dismissed concerns about Turkey’s decision to co-produce a missile defense system with a Chinese firm, saying on Tuesday that the United States and others were needlessly politicizing a purely commercial deal. . . .

Some NATO diplomats have also said integrating a Chinese system into NATO’s defenses would raise cyber-security concerns and issues about NATO swapping technical data with a Chinese firm.

But Chinese Foreign Ministry spokeswoman Hua Chunying said there was nothing to worry about, especially as China had very strict rules on arms exports to ensure no impact on regional or global peace and stability.

“We hope that all relevant parties can objectively and rationally view this cooperation, and should not politicize normal commercial competition.”