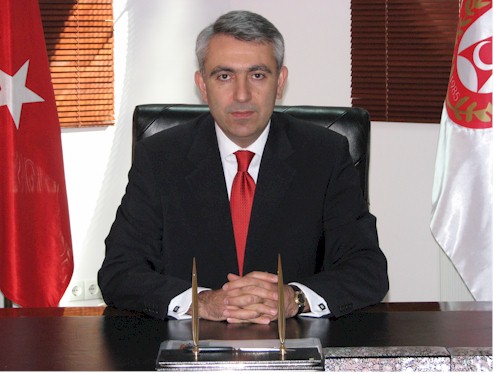 Defense officials from NATO member states have described any potential Turkish effort to integrate China-made long-range air and anti-missile defense system into NATO’s overall air defense architecture as a “virus” within the allied system and a “possibly most futile effort.”

“NATO’s own command and control system that ‘mashes’ input from allied networks is far more important than a Chinese air defense system in Turkey,” said one defense attaché from a leading NATO member state. “There is no place for China within this critical system. We would not wish to see a virus in a complex system.”

A NATO ambassador in Ankara said Turkey was disillusioned with the idea of making the Chinese-built air defense architecture NATO-operable. “I have no idea why the Turks do not see the simple fact that the alliance’s security threat perception in the next 20 years is based on China. Air and missile defense will be the top defense issue in the foreseeable future, with China being under the magnifier.”

According to Western defense officials and analysts, the central problem will be the difficulty to connect the proposed Chinese air defense assets to NATO’s critical Identify Friend or Foe (IFF) system that operates on “Mode 5,” a code that enables allied radar systems and aircraft to recognize whether an unknown aircraft is friendly or an enemy.

“Turkey has its own efforts to build the transponder part of the entire IFF system, but a fully functioning system would require the interrogator part too. To make the Chinese system NATO-operable, the Turks would require Mode 5 codes and I see no reason why the [U.S.] National Security Agency should give a nod to this crazy idea,” said one U.S. defense official. . . . .

Under the program, dubbed T-LORAMIDS, Turkey will start contract negotiations with CPMIEC, the front-runner of the competition. If these talked fail, contract negotiations with the Eurosam consortium, the second best offer according to a grading of bids, will begin, according to [the head of Turkey’s Undersecretariat for Defense Procurement Murad] Bayar. The U.S. Patriot system was ranked third. Bayar said the Russian option had been eliminated entirely.