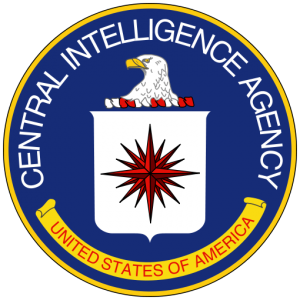 “The CIA has curbed spying on friendly governments in Western Europe in response to the furor over a German caught selling secrets to the United States and the Edward Snowden revelations of classified information held by the National Security Agency, according to current and former U.S. officials.”

The pause in decades of espionage, which remains partially in effect, was designed to give CIA officers time to examine whether they were being careful enough and to evaluate whether spying on allies is worth running the risk of discovery, said a U.S. official who has been briefed on the situation.

Under the stand-down order, case officers in Europe largely have been forbidden from undertaking “unilateral operations” such as meeting with sources they have recruited within allied governments. Such clandestine meetings are the bedrock of spying.

CIA officers are still allowed to meet with their counterparts in the host country’s intelligence service, conduct joint operations with host country services and conduct operations with the approval of the host government. Recently, unilateral operations targeting third country nationals—Russians in France, for example—were restarted. But most meetings with sources who are host nationals remain on hold, as do new recruitments.

The CIA declined to comment.James Clapper, the U.S. director of national intelligence, said during a public event Thursday that the U.S. is assuming more risk because it has stopped spying on “specific targets,” though he didn’t spell out details.

Spying stand-downs are common after an operation is compromised, but “never this long or this deep,” said a former CIA official, who, like others interviewed for this story, spoke on condition of anonymity because it’s illegal to discuss classified material or activities. The pause, which has been in effect for about two months, was ordered by senior CIA officials through secret cables. . . .

The “EUR” division, as it is known within the CIA, covers Canada, Western Europe and Turkey. While spying on Western European allies is not a top priority, Turkey is considered a high priority target — an Islamic country that talks to U.S. adversaries such as Iran, while sharing a border with Syria and Iraq. It was not known to what extent the stand-down affected operations in Turkey.

European countries also are used as safe venues to conduct meetings between CIA officers and their sources from the Middle East and other high priority areas. Those meetings have been rerouted to other locales while the pause is in place.