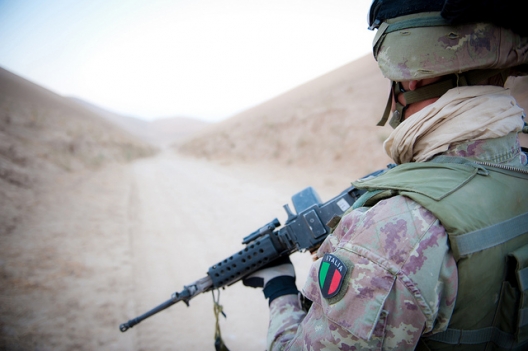 Collaboration: increases in procurement but decreases in R&T

Reduction in troops deployed and in costs of operations

As regards deployed operations outside the EU territory, similarly to the last three years, the average number of troops deployed decreased both in absolute terms (from 53 744 to 49 550) and as a share of military personnel (from 3.5% to 3.4%) and is now at its lowest level since 2006. For the first time since 2006, costs related to deployed operations decreased by 8% to € 10.8 billion or 5.7% of total defence expenditure. Operations costs per military deployed also marginally decreased for the first time and stood at € 217 000 in 2012.

Progress made on one out of four collective benchmarks

In 2007, EDA pMS agreed on a set of four collective benchmarks for investment. There is no obligation in terms of timeline or adoption of these benchmarks into national targets.

(1) Data in this publication does not include Croatia which became the 27th EDA Member State on 1 July 2013, and Denmark which is not an EDA Member State.
(2) In order to measure real growth and ensure a “real” comparison between years, inflation needs to be taken into account. Thus, data from 2006 to 2011 has been inflated to 2012 economic conditions (Source of deflator: European Commission ECFIN – based on weight of EU 27).
(3) R&T is a subset of R&D which includes only basic research, applied research and technology demonstration, leaving out expenditure for demonstration or development for which a decision to procure has been taken.