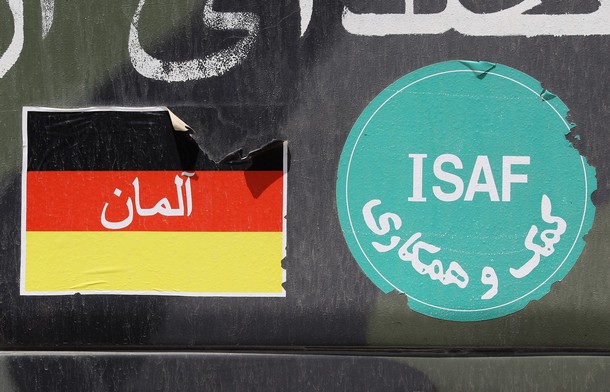 From Reuters:  Germany aims to hand over responsibility for security to Afghan forces in at least one of the country’s northern provinces next year, Foreign Minister Guido Westerwelle said on Friday.

The government had raised the prospect of beginning a partial withdrawal from Afghanistan as early as this year, but Westerwelle said 2011 was now the target.

NATO forces aimed to begin entrusting security to Afghan forces in "three or four provinces" in 2011, he said.

"Of these there should be at least one which is inside our area of responsibility in the north," Westerwelle said.

A decision on what conditions to attach to a handover would be made at a NATO summit in November in Lisbon, he added, noting that efforts to build consensus in Afghanistan had to be stepped up, including reintegration of Taliban militants.  (photo: Getty)