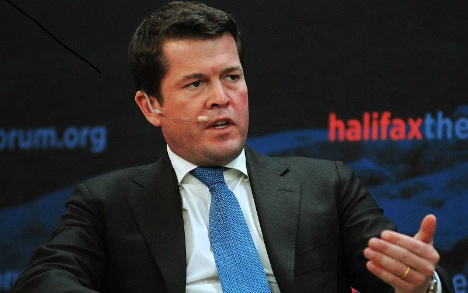 From the Local (Germany): Karl-Theodor Guttenberg, Germany’s former defence minister who resigned in March after being found to have plagiarised his doctoral thesis, has returned to the political stage with a scathing attack on his former colleagues.

Speaking on Saturday at a security conference in Halifax, Canada, Guttenberg took aim at Germans in general and politicians in particular.

“It is not a euro crisis or a debt crisis. It is above all a crisis of understanding and a crisis of political leadership,” he said.